In my review of Rotel’s A11 Tribute integrated amplifier, I called it a bit of an oddity, given its near reliance on all-analog physical connectivity, when most of the competitors near its price point have embraced the popularity of streaming and downloads. Oh, and there’s also its Bluetooth antenna, the only input with access to the DAC chip inside. Again, this wasn’t meant as a criticism—merely a recognition of how unusual that is in the current audio market. If the A11 Tribute is a bit of an outlier, though, its companion piece—the CD11 Tribute ($599.99, all prices USD)—is practically a mythical creature.

What makes the CD11 Tribute potential fodder for a revival of SyFy’s Destination Truth is that it’s a CD player and absolutely nothing else. No SACD playback. No USB DAC. No network connectivity or app compatibility. Heck, it won’t even decode HDCD. It’s a straight-up Red Book disc player with an unbalanced stereo analog output and a coaxial digital out if you’d rather employ it as a transport. Really, the only thing about this player that would have seemed at all out of place 30 years ago is its modern Texas Instruments DAC chip. But it turns out that’s probably more significant than you might think.

As with the A11 Tribute, the CD11 Tribute was the collaboration between Rotel and legendary audio engineer and Marantz brand ambassador Ken Ishiwata. I won’t belabor that point here, since I covered the background in my full review of the A11 Tribute. The long and short of it is that, before his passing, Ishiwata evaluated the original CD11 (released in 2018) and recommended the replacement of a resistor and a heaping handful of capacitors in the DAC stage and power supply, as well as some tinkering with the electrical ground paths.

Given the CD11 Tribute’s status as an intended companion piece for the A11 Tribute, it’s unsurprising that the two share a lot of visual design language. In fact, stacking them (amp on top, of course) does a lot to bring out the symmetries, especially between their near-identical display screens. There’s nothing fancy or flashy about either piece, although they are solidly built, especially for the price, and the reliance on metal over plastic in the construction of their chassis is much appreciated at this price.

Setting up the Rotel CD11 Tribute

Unsurprisingly, given the overall simplicity of the CD11 Tribute, there isn’t a lot to discuss in terms of connectivity and configuration. In addition to its analog RCA and coaxial digital outputs, the player features an RS-232 connection for advanced control systems, a 12V trigger input, and a 3.5mm Rotel Link connection. The latter allows IP control capabilities to be extended to the CD11 Tribute when it’s used with compatible products, but the A11 Tribute is not one of those.

Digging into the setup menus, you’ll find options for dimming the display and the power LED, and also for setting the Auto Power Off function, which has options for 20, 60, and 90 minutes. You can also disable it. And that’s the extent of the configuration options. There’s no changing digital filter parameters. No upsampling options. Nothing to futz with, unless you want to use the remote to play around with the CD11’s Program functionality, which allows you to customize the playback of up to 20 tracks on the disc currently in the tray.

If you have the A11 and CD11 Tribute paired, the remote for the former will operate the latter; you’ll simply miss out on the Program feature. If you’d rather use separate remotes, the CD11’s is remarkably similar to that of its integrated amp companion, with the same boxy design and same middling ergonomics. 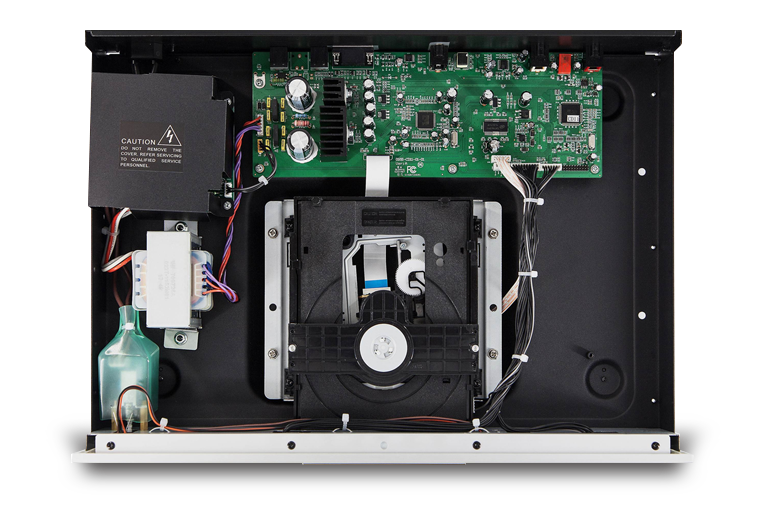 Although the CD11 Tribute comes with a standard stereo RCA cable in the box, I decided to use a pair of Straight Wire Encore II analog interconnects to route the output of the player to the A11 Tribute integrated amp. I also connected my Oppo BDP-95 to the Aux 2 input for comparison’s sake, and ran the output of the A11 Tribute into my pair of Paradigm Studio 100 v5 towers via a pair of ELAC Sensible speaker cables.

How good can a CD player like this sound?

I may be revealing a bit too much about the sausage-making process here, but I think it’s worth a brief interlude to discuss how I evaluated the sound of the CD11 Tribute before I start waxing about the sound itself. With the Rotel player and the Oppo both connected to the A11 Tribute, I spent a good chunk of time setting up A/B listening tests, some of them blind (with the help of my wife switching between inputs) and some of them sighted. In most cases, I loaded a CD into the CD11 Tribute and fed the Oppo with an ALAC or FLAC rip of the same disc via its USB input, with the two tracks as synchronized as I could get them.

There’s really no other way to put this: in blind tests, I struggled to identify which was which, and in almost every instance I failed. I think a coin flip would have been more consistently successful. The performance of the CD11 Tribute is so remarkably similar to the analog output of the Oppo BDP-95—a beloved universal disc player with a $999 sticker price in its day—that, despite their very different DAC chips and the decade that separates their respective releases, making any meaningful distinctions between the two players in terms of Red Book performance tiptoes right up to the edge of pointlessness.

I view that as a good thing. A very good thing. I’ve kept the BDP-95 around long past its usefulness as a video player because it’s simply one of the best CD players I’ve ever owned. So to stumble upon a $600 player that’s every bit its equal in terms of fidelity is an unexpected treat.

Actually, in sighted A/B comparisons, I gave the CD11 Tribute a slight edge due to ever-so-slightly more spaciousness and enhanced image depth. This wasn’t really evident with every track I threw at the pair, but I noticed it with “Cosmia,” the fifth track from Joanna Newsom’s magnum opus, Ys (Drag City DC303). Switching between the output of the Rotel and the Oppo, the former simply gave the soundscape a little more room to breathe and locked Newsom’s vocals more firmly at the center of the soundstage. There was also just a smidge more top-end sparkle in her squeaky voice, and Van Dyke Parks’s orchestration sounded more dimensional. But again, I want to make it abundantly clear that I made this observation only when I knew which player was which, and that any perceived differences were exceedingly minute. 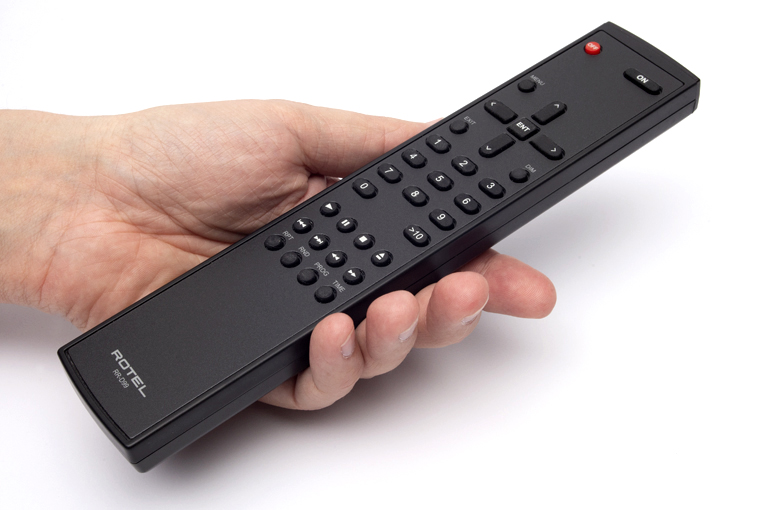 I thought I was playing a somewhat cruel joke on the Rotel CD11 Tribute by loading up Grateful Dead’s Dave’s Picks Volume 12: Colgate University, Hamilton, NY – 11/4/77 (Rhino Records R2-541136), since all of the Dave’s Picks discs are released in HDCD format and the Rotel doesn’t boast HDCD decoding. But comparing its output to a FLAC rip via JRiver Media Center fed into my Oppo (which does decode HDCD), I couldn’t settle on a preference for one over the other. That’s not to say that they sounded identical—the differences here were a little more pronounced than I heard on the Joanna Newsom disc. I simply couldn’t decide which I liked better.

Via the Oppo setup fed with the FLAC rip, the most dynamic peaks of “Iko Iko” were just the weensiest bit cleaner and more controlled (and I do mean the weensiest bit), but via the CD11 Tribute, again, the music was a bit more open, with more space between the instruments and more precise imaging.

Before this little experiment, I would have told you there’s no way I would purchase a CD player without HDCD support, since nearly 100 percent of the CDs I buy these days are official Grateful Dead vault releases, all of which are released in that enhanced format. The CD11 Tribute has me second guessing whether I’m willing to die on that hill. Its delivery of all these discs—from the Dave’s Picks recordings to big boxes like May 1977: Get Shown the Light—was deep into chef’s-kiss territory. 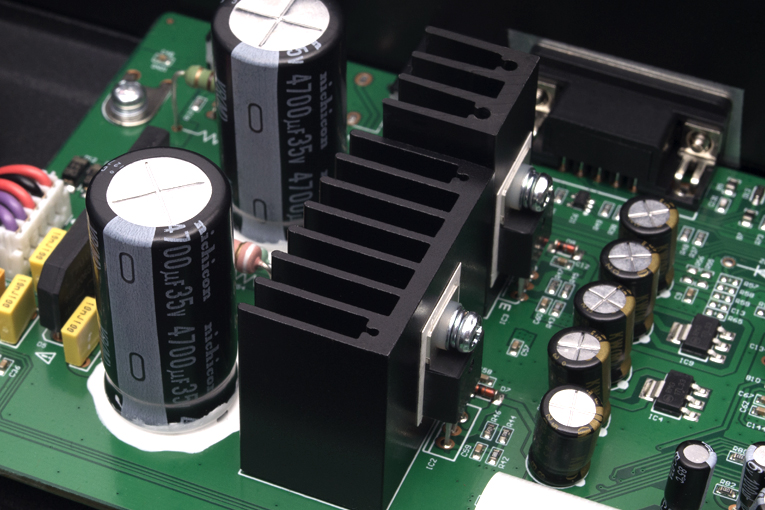 Satisfied with the CD11 Tribute’s delivery of the Dead, I threw another old favorite at it: Lyle Lovett’s I Love Everybody (MCA Records, MCAD-10808). I skipped straight to track 13, “Old Friend,” because if any song is going to reveal any meaningful limitations of the Red Book format, it’s this one. I’ve heard lesser DACs render Lyle’s vocals in this song with a little too much edge, a bit of a rough texture, especially during the hypopneic, melismatic lyrics like “O-o-o-old friend” and “Ho-o-o-old on.” The Rotel’s presentation of the track was absolutely delicious and positively analog in its qualities, if you’ll forgive the hackneyed descriptor.

What alternatives should you consider?

If you’re shopping around for a new CD player in the $600 range—well, first things first, sorry about your knees. And for goodness’ sake, why didn’t anyone tell us that ear hair was going to be a thing at this age?

But in all seriousness, pickings are understandably getting a bit slim in this segment. Sound United has two comparable offerings in the Denon DCD-800NE and the Marantz CD6007, both of which sell for $599. Both support CD, CD-R, and CD-RW, but the Denon adds Mini CD to the mix for whatever reason. Neither supports HDCD decoding, best I can tell. Both have front-panel Type-A USB ports, though, that support high-resolution file playback (the Marantz up to 24-bit/192kHz, the Denon up to 32-bit/192kHz). The Marantz also adds a quarter-inch headphone output. I haven’t auditioned either of these players, so I can’t speak to their sonic performance.

Most other CD-slingers in this price range are transports only, requiring the use of an external DAC. So that skews the value equation a bit.

TL;DR: Should you buy the CD11 Tribute?

If you’re already sold on the Rotel A11 Tribute integrated amplifier and you’ve got a sizeable Red Book disc collection that hasn’t already been ripped to hard drives somewhere, the CD11 Tribute makes a compelling case for this aging and often derided optical disc format. I’ll admit that I rarely put hands on CDs these days, but spending time with this player, I found some joy in the ritual of pulling a disc out of its case (well, first pulling the case out of the closet and then pulling the disc out of its case), putting it into the disc tray, pressing play, and sitting back with a good glass of a late-bottled vintage port to listen. There’s something meditative about the process that I didn’t realize I missed. 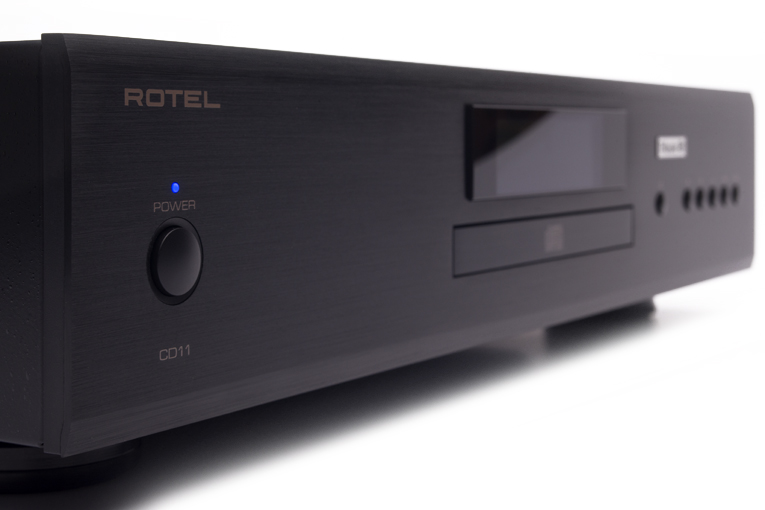 In terms of its performance, the CD11 Tribute is fantastic. I could argue that HDCD decoding should be included at this price point, but it isn’t, and none of the player’s current competition has a leg up in that respect. Sure, the potential audience for this product is small, but if it suits your needs, I don’t have any significant caveats to offer. The CD11 Tribute is what it claims to be: a one-trick pony that does that trick exceedingly well.