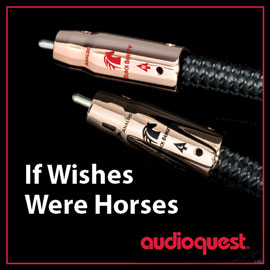 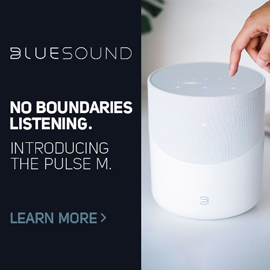 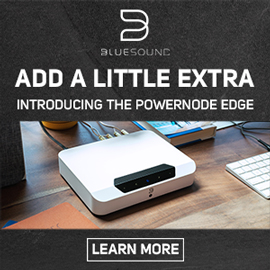 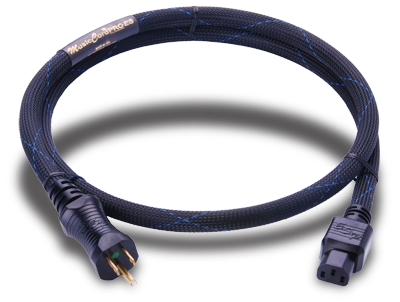 Essential Sound Products (ESP) -- or, more specifically, its owner and head designer, Michael Griffin -- knows a thing or two about making power cords and power distributors: that’s all they make. Griffin’s company offers the budget MusicCord products and above them a complete line that tops out at their highest-priced models, the Essence Reference power cord and power distributor. They’ve carved out a niche for themselves by offering high-quality gear at what most audio enthusiasts would consider to be reasonable prices. They’ve been in business since 1995, so they must be doing something right.

In the years I’ve been using various models of ESP’s budget cords in my reference system, Griffin has continually upgraded his entry-level products without significantly raising their prices. His latest MusicCord models are still priced very reasonably by high-end standards, but feature a complex conductor geometry that’s similar to that used in his more expensive Essence Reference cords, and lots of other technology trickled down from that line. The MusicCords are marketed as professional products, but according to Griffin they’re good enough to be used in high-end audio systems, especially the MusicCord-Pro ES. Reviewed here are the MusicCord-Pro ES power cords ($399.99 USD/2m) and matching power distributor ($799.99).

The MusicCord-Pro ES is a solidly built cord that wouldn’t look out of place in a high-end audio system. At 14-gauge it’s fairly thick but relatively flexible, and it’s sheathed in a woven polyester that not only looks good but protects it from abrasions and wear. The first thing many will notice about the MusicCord models is their molded connectors. Audiophiles might prefer hand-terminated AC cords, but according to Griffin, molded connectors, correctly made and implemented, can perform as well as or better than handmade terminations.

In fact, Griffin is very proud of his molded connectors, having developed a high-quality termination process and invested in plug molds for not only North America but Europe and the UK as well. The terminations are first crimped to provide a consistent and optimal amount of compression to make good contact with the conductor. They are then hand soldered to eliminate any gaps between the conductors, and to add strength to the terminations to resist loosening from handling or thermal stresses. The molded plug itself provides integral strain relief and mechanical damping, and seals the terminations to prevent oxidation and corrosion. The UL/CSA-approved, hospital-grade plug has solid brass pins, and felt incredibly solid -- as did the IEC connector, which also has brass contacts. Each provided a very tight fit when plugged into AC outlets or components.

Although the complex geometry and spacing of conductors in the MusicCord-Pro ES is similar to those of the Essence Reference, the former has stranded conductors instead of the latter’s solid conductors. While solid conductors are generally believed to be superior to stranded conductors, they’re also less flexible and more prone to damage from kinking. The line and neutral conductors are made using a process that ESP calls “compacted stranding”: the strands are squeezed together to provide better contact between them, so that they act more like a single solid conductor. ESP calls the geometry used in the MusicCord-Pro ES a “dual-quad parallel array”: four 20-gauge neutral and line conductors surround a single 12-gauge ground conductor. A braided copper shield is used to reject radio-frequency interference (RFI) and electromagnetic interference (EMI), and to contain any magnetic fields generated by the cord itself.

Once the MusicCord-Pro ES power cord is assembled, the entire cord is cryogenically treated at -300°F. This is claimed to permanently alter the crystalline structure of the copper conductors by aligning their grain boundaries. This maximizes the surface contact between the boundaries and minimizes the cord’s overall electrical resistance.

The MusicCord-Pro ES power distributor includes its own integral MusicCord-Pro ES power cord, has a very solid aluminum chassis with polycarbonate endcaps, and is filled with a proprietary damping material. Its three pairs of Leviton hospital-grade duplex outlets are each independently wired to the cord, thus isolating them from each other. Mode-1 surge suppression (between the line and neutral wires) provides protection up to 340 joules, and a fast-blow, ceramic-bodied fuse protects against severe overloads. As with the MusicCord-Pro ES power cord, the entire assembly of the power distributor is cryogenically treated.

I replaced my system’s previous-generation ESP power cords, the AVP-16s, with the new MusicCord-Pro ES cords. They fed juice to an Oppo BDP-93 universal Blu-ray player, an Anthem Statement D2 audio/video processor, and Bel Canto e.One REF1000 and eVo6 power amplifiers. All were plugged into the MusicCord-Pro ES power distributor, which in turn was plugged into a Zero Surge 1MOD15WI surge suppressor.

After connecting the new ESP cords and distributor to my components, I left them powered up at all times and listened only casually for a week or two before doing any critical listening.

After allowing the MusicCord-Pro ES power cords and power distributor to settle in with my system, I was rewarded with an overall refinement in sound that was not insignificant. The soundstage had added dimensionality and increased in both width and depth. The sound was also more transparent, which made images more distinct and provided a clearer picture of the soundstage.

Hip-O Select has reissued Robbie Robertson’s first two albums, Robbie Robertson (1987) and Storyville (1991), in a limited Expanded Edition (CD, Universal 602498870051). These are exceptionally well recorded for pop albums of their era, and with the MusicCord-Pro ES products in my system, their complex multitrack mixes really came to life. The supporting voices in “Fallen Angel,” including that of a soulful Peter Gabriel, filled much of the background as Robertson’s lead vocal was anchored securely at center stage. There was a quick low-frequency ebb and flow as the bass line mimics a heartbeat. Each beat was articulate but also full and extended in depth, giving the music a natural, organic feel, even though much of the instrumentation is electronic. More upbeat tracks, such as “Showdown at Big Sky” and “American Roulette,” had plenty of rhythm, and a big, vibrant sound that fully energized the sound.

The MusicCord-Pro ES products provided excellent dynamic range, but it was their ability to lower the noise floor that allowed me to hear deeper into recordings and really impressed me. “Somewhere Down the Crazy River” had a smooth, sultry sound, but the expansive soundstage was still laid out very clearly before me. The bass was taut and controlled as the opening drumbeats bounced precisely within the space between the speakers, and Robertson’s nonchalant spoken-word vocal was aptly relaxed, but with a genuinely gravelly quality that was richly textured. Though his voice was bigger than life, it didn’t sound out of proportion with the huge, exquisitely detailed soundstage.

Peter Gabriel’s Scratch My Back (24/48 FLAC, Society of Sound) has many lushly recorded orchestral passages. While recordings of massed strings can often sound indistinct and congealed, through the MusicCord-Pro ES products these sounded clean, and solo instruments were conspicuous by their prominence in the mix. The sustain of the piano in “Power of the Heart” was seemingly endless, enveloping the instrument like a halo and taking up most of the soundstage. The changing intonation of Gabriel’s voice in tracks such as “Philadelphia” was incredibly moving, enhanced by the crystal-clear horns punctuating his melancholy singing.

The ESPs improved the sound of my system in nearly all respects. Not only was the sound more transparent, there was greater control, and a sense of ease to the flow of music. While I could easily hear these improvements, I saw no such improvements in the video quality. Granted, my JVC RPTV’s power cord is hardwired, which meant it could take advantage of only the MusicCord-Pro ES power distributor -- but I used ESP cords with both my Oppo Blu-ray player and Anthem A/V processor. Even so, I could see no difference in the quality of images from Blu-ray Discs when using the new ESPs. To be fair, no other power products have ever provided much, if any improvement in my system’s picture quality.

As mentioned, the power cords previously in my system were ESP’s AVP-16s ($199 when available). Though of similar construction to the MusicCord-Pro ES, as their name suggests, they’re only 16-gauge cords and, perhaps more important, are not cryogenically treated. Inserting the MusicCord-Pro ES cords and distributor in my system resulted in an overall increase in the clarity of the sound. Imaging was more precise and dimensional, the midrange and treble were a little smoother and more transparent, and the bass tightened up -- incremental improvements in all areas of performance that combined to provide a greater overall improvement in the sound.

This clarity was demonstrated by the striking transparency of Jackson Browne’s “Lives in the Balance,” from his The Next Voice You Hear: The Best of Jackson Browne (CD, Elektra 7559621522). The extreme silence of the background heightened the pinpoint imaging of the percussion, and there was a stunning truth of timbre. The panpipe prominently featured in this track sounded incredibly woody and palpable. The soundstage shrank slightly through the AVP-16s, and there wasn’t the same degree of separation between instruments, or the same sense of palpability.

There was no doubt that adding the MusicCord-Pro ES power cords and power distributor to my system improved its sound, but I achieved the best performance when I used them in conjunction with a Blue Circle Audio Peed Al Sea Thingee power conditioner ($229). Placing the Blue Circle in series with the ESPs lowered the noise floor even further, albeit only slightly more than with the ESPs alone -- not a huge improvement, but worthwhile. Adding Zero Surge’s 1MOD15WI surge suppressor did nothing to improve or degrade the sound, but having its series-mode surge suppression in the chain gave me peace of mind.

The MusicCord-Pro ES power cords and power distributor noticeably improved the sound of my system over ESP’s AVP-16 power cords. I find it difficult to imagine a better-sounding or better-built cord for the price. They may be designed for the professional market, but they’re an excellent way to improve power delivery to a high-quality audio system and enhance its performance at a sensible price.