Note: Measurements can be found through this link.

These days, it’s rare for someone to stay with a single company for ten years, especially if that someone’s name isn’t on the company’s front door. But NAD’s director of advanced development, Bjørn Erik Edvardsen, has been with the company since its beginnings, in 1972. In fact, he designed NAD’s first breakout product, the 3020 integrated amplifier, which was introduced to a waiting world and quickly became an international bestseller.

I’m glad to say that Edvardsen is still at it, and that NAD models whose names end in his initials, “BEE,” are the products of his fertile mind. The C 275BEE power amp ($1299 USD) may be one of his greatest accomplishments.

The C 275BEE follows NAD’s classic equipment profile: a rectangular box, charcoal in color, with light-gray lettering in small type. This box measures 17”W x 5.2”H x 13.7”D, and called attention to itself only in looming larger than the other gear in my rack. It weighs 32 pounds -- substantial, but not especially heavy for a 150Wpc amplifier.

The C 275BEE’s front panel is sparsely populated: one Standby/Power switch with a tiny, in-built power-status LED, and two equally tiny LEDs that indicate whether the amp is being used in Bridge Mode and/or that NAD’s Soft Clipping mode is engaged. The power LED glows one of three colors: orange (Standby), blue (operation), or red (indicates a short circuit or excessively low impedance and that the amp has shut down). All LEDs are barely visible from more than a few feet away; they won’t intrude on a dimly lit listening space, but in brighter light you might have to hunt for them.

The rear panel of the C 275BEE boasts a fair number of attractions. In the upper-right corner is the main power switch and a two-prong IEC power-cord inlet; if you want to try other power cords, NAD lets you roll your own. 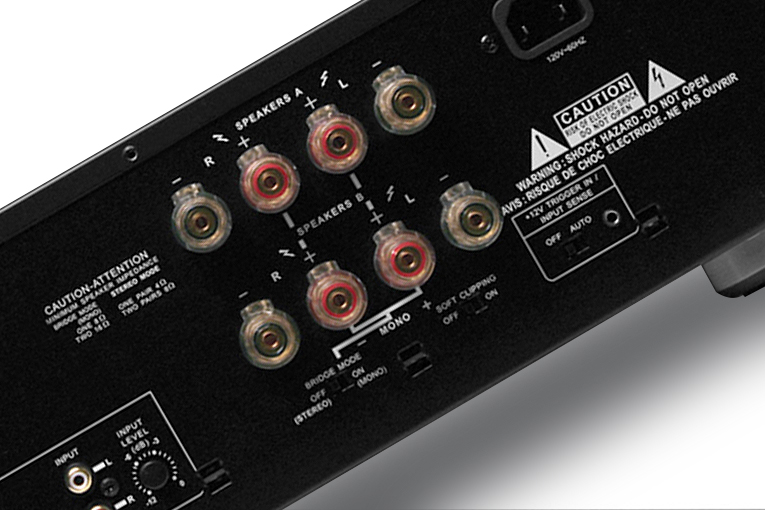 At the bottom, toward the left, is the input panel: two RCA jacks, an input select switch, and a level control. For most systems, the input switch will be set at Fixed (level). However, if you’re using the C 275BEE in a multi-amp system, selecting Variable engages the level control, so that the amps’ output levels can be matched. I was using only the C 275BEE, so I left this switch set to Fixed.

The four output terminals for Speakers A run along the top of the rear panel, with the Speakers B terminals directly below them. Note, however, that no switching between Speakers A and B is available: All outputs are live at all times.

Minor controls run along the bottom. Directly below the four Speakers B terminals is a switch to bridge the output stages; the C 275BEE then becomes a monophonic amp with a more-than-substantial output of 330W into 8 ohms. There’s also a switch for Soft Clipping, an NAD technology that comes into action if the amp sees a situation that normally would put it into severe overload distortion. I left Soft Clipping on at all times.

To the right of these is a mini-jack for 12V Trigger In/Input Sense with Off/Auto switch: If this switch is set to Auto, the C 275BEE will power itself up any time a signal is present at its inputs. After ten minutes of sensing no signal, the amp will put itself back into Standby. If the Sense switch is set to Off, the easiest way to turn the amp on is via the Standby/Power switch. However, the owner’s manual offers a staggering number of combinations of Power/Standby/Sense settings and their results -- they’re too involved to cover here, but if you’re intrigued, see p.9 of the manual, available under “Manuals & Downloads” on the C 275BEE’s webpage.

The C 275BEE’s power rating (RMS) in stereo is 150Wpc into 4 or 8 ohms throughout the audioband. Its damping factor -- i.e., how well it controls the motions of the speakers’ drive-units -- is a very respectable 180, and even at 1W output, the signal/noise ratio is quite good (102dB), and considerably better at full power (123dB).

The amp features NAD’s Power Drive circuitry, which permits the output stage to draw higher voltage for greater instantaneous power. The C 275BEE’s toroidal power transformer is quite large, which makes possible those hefty power outputs. The qualities of the component parts are very good, and the traces on the printed circuit boards are precise. The C 275BEE gave off a real sense of quality.

As is standard with NAD’s C-series models, the C 275BEE is covered by a two-year limited warranty on parts and labor. The fact that the amplifier’s top was barely warm after an extended, high-volume listening session indicates to me that this model is conservatively specced.

I fed the C 275BEE with my Linn Majik IP analog preamplifier. The primary source component was a dedicated computer and my HRT Music Streamer II+ DAC, connected via USB. Additionally, I used a Cambridge Audio Azur 650C CD player, also connected to the Linn. Audio files of very high resolution (above 96kHz sampling rate) were downsampled by JRiver Music Center to 96kHz to permit the Music Streamer II+ to process them.

I listened to many of my usual reference recordings through the NAD C 275BEE. First up was Eugene Bozza’s Children’s Overture, performed by the Norwegian Armed Forces Staff Band, from a collection of 24-bit/176.4kHz FLAC hi-rez audio files made by 2L Records and, in 2012, assembled by SoundStage! editor Jeff Fritz into the 2L-TWBAS 2012 Sampler (SoundStageRecordings.com). The transients in this recording are astounding, especially from the bass drum. Poorly designed amps smear those transients, but through the C 275BEE the attacks were as tight and with as great a sense of slam as I can imagine. This may be a function of the amp’s very high damping factor. The highs were reproduced with exceptional detail, and the mids were quite solid. The band was presented with good depth and width.

I tried one recording new to me, also from Jeff’s collection of 24/176.4 FLAC files: the Allegro con Variazioni of Beethoven’s String Quartet No.10 in E-flat Major, Op. 74, “Harp,” with the Engegard Quartet. I hadn’t heard this before, and now kick myself -- it’s a stellar performance and a fantastic recording. The precision with which the Engegards play was easily transmitted through the audio chain. I won’t say they were “in my room,” because it was obvious from the natural echo that the recording venue was rather large. Yet the intimacy of this recording came through, with great detail for each instrument. I could focus on the sound of a violin or the viola or cello, or take in the whole performance, and feel that I’d got my money’s worth either way. 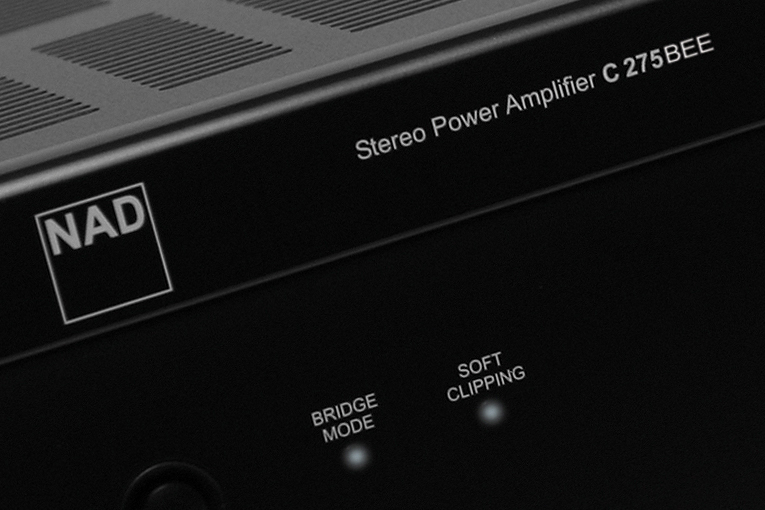 Next was an old favorite, Fourplay’s “Bali Run,” from Fourplay (24/96 FLAC, Warner Bros.). In this tune I home in on the bass line for its percussive quality and deep notes. Playing it through the C 275BEE was an ear-opening experience: the bass was tighter and sounded deeper than I recall ever hearing it; it had real heft. At the same time, the guitar and piano notes were precise and crisp without ever sounding harsh.

Quincy Jones’s cover of Benny Golson’s “Killer Joe,” on Jones’s Walking in Space (16/44.1 WAV, CTI), offered an exaggerated stereo sound -- lots going on in the left and right speakers, not so much between them. I hadn’t noticed this before about this recording, but maybe I hadn’t been paying attention. That aside, “Killer Joe” really sparkled through the C 275BEE. The lead trumpet, muted and with a bit of added echo, just hung in space out front. When the assembled trumpets enter, each was distinct but still part of the whole. And the trombones’ staccato playing was perfectly reproduced. This one was a bit of a revelation through the C 275BEE.

Another recording I habitually turn to is the title track of Bruce Springsteen’s Born to Run (16/44.1 WAV, Columbia). I love its raucousness. The E Street Band is incredibly tight, producing a wall of sound that the C 275BEE reproduced with admirable relish. There was a panoply of sounds from all over the place. If I let it wash over me, it got my body jumping -- there’s just so much going on. Yet, when I listened for detail, it was all there -- something that other amps haven’t quite delivered.

The late Buck Owens was always a stickler for great sound, and his instrumental “Buckaroo,” with the Buckaroos, is no exception (16/44.1 WAV, Capitol). This single features Owens’s longtime lead guitarist, Don Rich, and was recorded at one of the all-time great studios: Capitol Records, in Hollywood. Rich’s lead part is just that -- rich in tonality and detail. Through the NAD he sounded well out front of the other guys; the only other instrument closely miked is the pedal steel of Tom Brumley, placed slightly below and to Rich’s right. Not every amp places instruments this well, but this track was child’s play for the C 275BEE. 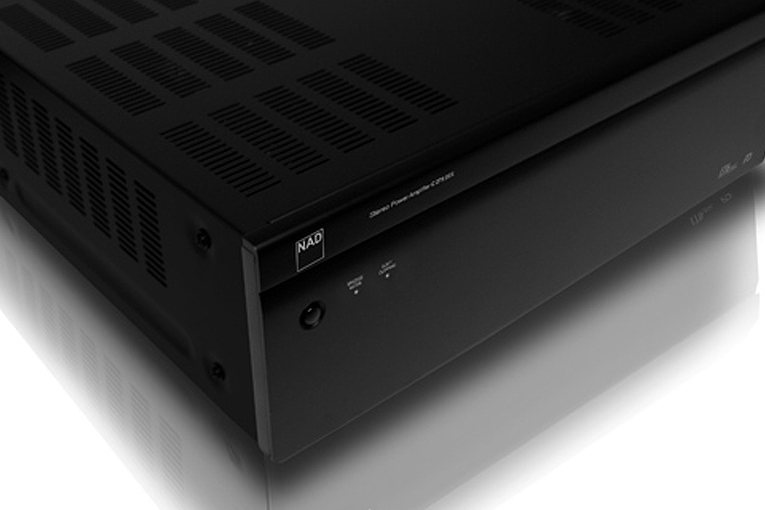 For something rather different, I pulled out Jamie Cullum’s Twentysomething (CD, Verve B0002273-02). The engineer had played with the sound, stretching Cullum’s piano across the entire soundstage: lowest notes at far left, highest notes at far right. It’s no more realistic than the world’s widest drum kit in Dire Straits’ “Money for Nothing,” but it’s great fun to listen to. Cullum’s distinctive voice was precisely in the middle of the soundstage. The bass thundered, and the drums and percussion were remarkably delicate but right there in the room. I truly enjoyed the experience.

Finally, it wouldn’t be a review without something from The Manhattan Transfer -- this time, “Four Brothers,” from The Definitive Pop Collection (CD, Atlantic/Rhino R2 74111). In this song, originally written for the four saxes (three tenor, one baritone) of the Woody Herman Band, each takes a solo, then all play together at the end. Each member of Manhattan Transfer takes one sax part, singing words written by Jon Hendricks. While each solos, his/her voice is dead center on the soundstage. When they all sing together, their voices are tightly grouped in the center, with the supporting instruments at the left and right sides of the stage. The C 275BEE precisely reproduced what I believe the engineer was trying to achieve, with no grit or coarseness -- nothing that took away from the performance. Memorable!

To say I really liked the C 275BEE is an understatement. I’ve rarely heard an amplifier of such power and such finesse. Throw big rock anthems at it and it handles them with no sweat. Feed it something detailed, and it preserves the delicacy. With their C 275BEE, NAD and Bjørn Erik Edvardsen have hit one out of the park. Give this amp a lengthy audition with a wide variety of music: it deserves the chance -- and you deserve the treat.