A long time ago, I played electric bass guitar in a little rock’n’roll band. My axe was a ca. 1985 Fender Jazz Special, my amp a Yamaha B100-115III combo. After a while, I replaced the amp’s stock speaker with a JBL E140, then generally regarded as the best 15” bass speaker made. The effect was dramatic: low notes retained their metallic character, and high notes, especially slapping and popping, leapt from the fretboard with a hard, brittle edge. The overall sound was tighter, less diffuse, more focused -- more bass-like.

With this analogy I don’t mean to suggest that adding digital signal processing to a powered subwoofer, a design technique used by PSB with the SubSeries 450, will transform your home listening experience. But I do suggest that the clarity afforded by optimizing the analog signal can produce improvements in the reproduction of low-frequency sounds much as JBL’s E140 did for me so many years ago. 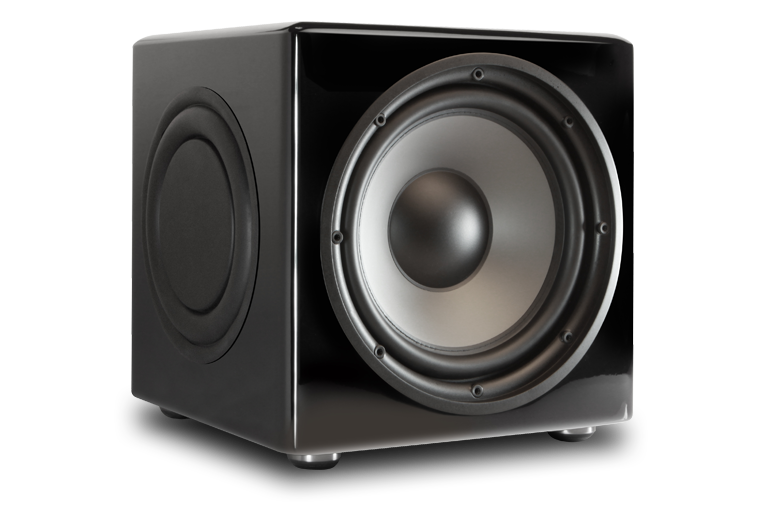 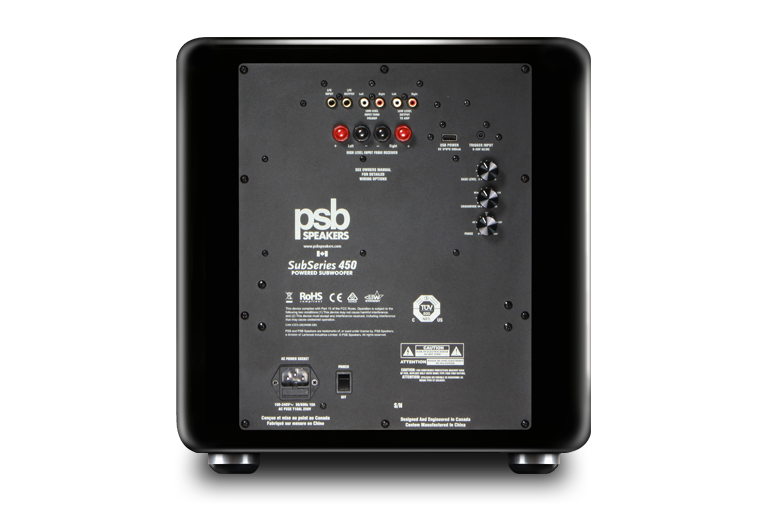 DSP and the SubSeries 450

Digital signal processing (DSP) is a highly involved, technically complex affair (translation: I don’t know how to do the math) that boils down to one simple notion: An analog signal is converted to a digital signal using an analog-to-digital (ADC) converter, after which it is manipulated, then converted back to an analog signal using a digital-to-analog converter (DAC) before being sent through the amplifier section of your receiver or powered speakers. DSP has a host of applications; e.g., all the “venue” settings on your receiver (Unplugged, Concert Hall, Theater, Sweaty Basement, etc.). However, at the component level, it can be used to compensate for the limitations of real-world speakers, amplifiers, and listening environments, and provide palpable improvements in sound quality.

In short, DSP “processes” the source audio signal by changing it. The processing math aside, the resulting sound greatly depends on two variables: the quality of the AD and DA converters, and the intent behind the DSP manipulation in the first place.

PSB uses a DSP chip designed by Analog Devices. Essentially, the function of DSP in this application is to maximize low-bass extension, minimize distortion, linearize the acoustic output, give the subwoofer a healthy freedom from overload, and set optimal crossover characteristics that will allow the woofer itself to operate more ideally. The passive radiators provide support for extended infrasonic response by summing the woofer’s backwave output. However, PSB also uses digital filters that prevent any signal below 20Hz from being passed on to the radiators because, below 20Hz, the radiators would operate out of phase with the main driver and cancel out the signal at that frequency -- which would never do.

Our home-theater system is modest and a tad dated: Oppo Digital BD-83 Blu-ray player, Onkyo TX-NR808 receiver, Vizio D48-D0 video monitor, PSB Image 2B front left and right speakers, PSB Image C4 center speaker, and four ceiling-mounted Mirage Omnisat Micro surround and rear-channel speakers. The SubSeries 450 fit into the PSB array like a glove. As with any of today’s well-designed powered subs, setup was a breeze. I connected the Onkyo’s subwoofer output to the 450’s LFE input, set a test volume level and the crossover frequency, and powered it up.

I can’t overstress how important it is to integrate your sub’s output with that of the entire system. There’s no magic bullet for this -- it’s a matter of trial and retrial that involves a number of factors. First, you have to decide where to put the sub. Placing it next to a wall or in a corner will enhance its acoustic output vs. putting it somewhere out in the room, where the output is comparatively unsupported. I placed the 450 about 1’ from the front wall and at least 2’ from the nearest sidewall. It didn’t play as loudly as it would have in a corner, but its output was more linear.

Second, you have to set the crossover. The Image 2B’s frequency range is specified as 49Hz-21kHz, with a crossover frequency of 2550Hz. Over the years, I’ve found that the optimal crossover frequency between the 2Bs and a powered sub is about 80Hz, and so I set it there. This setting sends the lowest portion of the midbass to the sub while allowing the Image 2Bs to do what they do well. 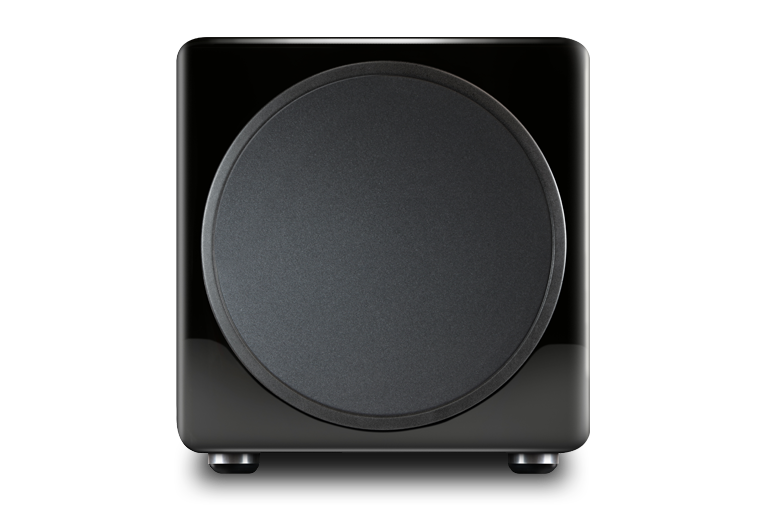 Third, the 450 is designed to have its master volume control set once, and to then let the receiver’s bass-management system take over. Still, you have to first set the volume somewhere. After playing some familiar recordings, I found that I’d probably set the 450’s master volume a bit low, and jacked it up a notch. The crossover was working nicely: The 2Bs generated appreciable midbass, one of their strengths, while shunting the nether stuff to the 450.

I wasn’t done. I set up the Onkyo’s onboard Audyssey MultEQ room-correction system to ensure that the sub’s output -- SPL measured in decibels -- at least equaled but did not overpower the output of the rest of the system. However, I’ve learned that Audyssey, for all its room-correcting attributes, can overvalue the subwoofer. I double-checked it with the Onkyo’s onboard pink-noise generator and a RadioShack digital SPL meter -- which, sure enough, precipitated another small adjustment. Then, after equalizing the sub with the rest of the system, I had to back off the sub’s master volume. There’s such a thing as too much power.

My point: Tinker, tinker, tinker. Experiment with placement, crossover, and volume until you get the smoothest, most uniform, most desirable sound.

I began with two recordings, both of which have signature bass moments that I know well. The first was “Orinoco Flow,” from Enya’s Watermark (CD, Reprise 26774-2) -- the last bass note in the bridge hovers at around 25Hz. While this note can defeat lesser subs, the PSB SubSeries 450 held it through a lovely decay, something I’ve heard only from subs at twice the price. Next up was Marti Jones’s cover of Clive Gregson’s “Second Choice,” from Jones’s Any Kind of Lie (CD, RCA 2040-R). Each verse is punctuated with a piano motif doubled on electric bass and ending on a low E -- the open low string on a bass guitar. While most of this motif occurs in the midbass, that last note ducks well below 80Hz -- it floated effortlessly from the 450, gently rumbling into a long, graceful decay. 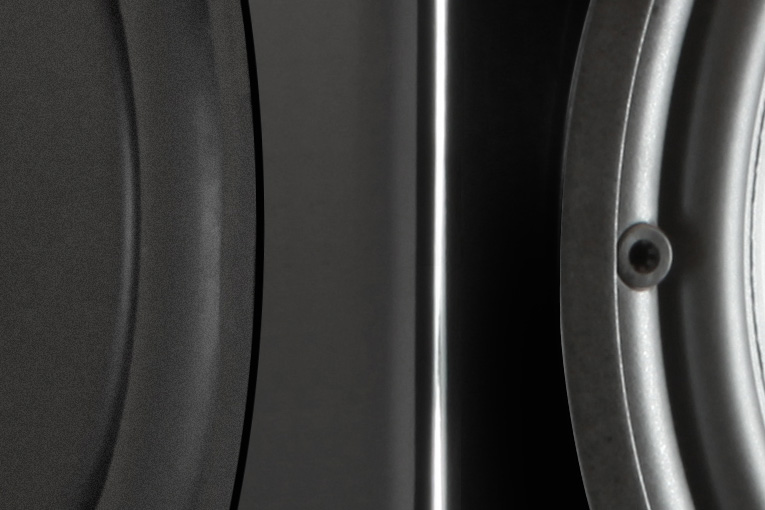 Admittedly, my home HT array is designed more for movies than for music, and it was with movies that the 450 strutted proudly -- and loudly. Zootopia is a cute allegory full of wry humor, visual puns, cultural clichés, and a not-so-softly delivered message -- an innocent story for a very complicated age. In chapter 15, Officer Judy Hopps (our heroine, voiced by Ginnifer Goodwin) and her sidekick, small-time grifter Nick Wilde (our reluctant hero, Jason Bateman), trail suspects to the control house of a hydroelectric dam, from which water -- and you are not ready for this -- thunders through the sluicegate with a roar only gods could conjure. This is the only time Zootopia requires a sub to kick in with authority, and the 450 delivered with copious, overflowing decibels, easily handling the combination of very low bass and significant output.

Deadpool is a movie to love. Oh yes, it’s unrelenting, unrepentant sex, violence, and gore -- but it’s also the resurrection of Canadian superstar Ryan Reynolds, who was left for, um, dead after the stillborn flopperoo Green Lantern. Flippant, wisecracking, and filthy dirty, Deadpool wreaks one massively messy revenge after another without caring much about collateral damage, civil protocols, or human life. The action starts right out of the box as Deadpool waylays a caravan of baddies on some unnamed urban skyway, scattering civilians, vehicles, and bodies pretty much at will. The demands on the 450 pretty much followed suit: very large SUVs -- black, of course -- roll, tumble, and skid with deafening crunches, all rendered with rafter-shattering glory by the PSB. The 450 climbed aboard throughout the film, especially in the fiery collapse of Ajax’s laboratory (chapter 15) and the helicarrier denouement (chapter 20). The latter’s epic fall precipitated a prolonged, thunderous response from the 450 that shook the room. 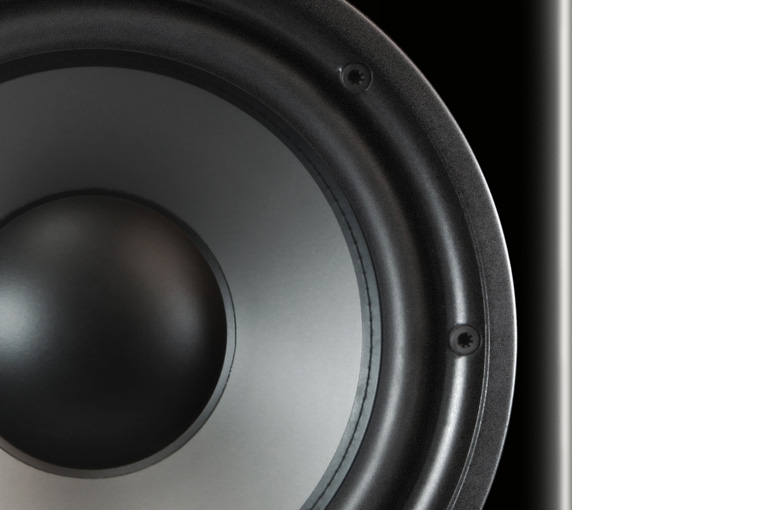 In Guardians of the Galaxy, a band of thieves, liars, and misfits ultimately thwarts genuine maleficence, letting a totally innocent planet off Doomsday’s hook. While the story is a fey play on the meme of Real Bad Guy Deploys Ultimate Weapon to Destroy Known Universe and Ultimately Fails, the story development is fun, and the band -- including a foul-mouthed raccoon, a walking tree (no, really), and the luscious Zoe Saldana -- is a lot of fun to watch as it slowly coheres. LF moments are not abundant and are curiously muted, but the 450 acquitted itself nicely with each. From the Kyln jailbreak (chapter 7) to the battle for Xandar (chapter 15), crashing machines of all stripes rumble to their deaths, fully rendered by the depths of the 450’s response. Finally, the flagship of Ronan the Accuser (Lee Pace as the Real Bad Guy) crash-lands on Xandar and, well, for all its portrayal as the nether-sonic deliverer of death and destruction, the explosion is distant, even polite. There were a host of occasions for which sound designer David Acord could have painted a wider, deeper LF palette, but, curiously, he chose not to.

The PSB SubSeries 450 DSP-controlled subwoofer cuts edges that I’m not sure anyone knew existed. Its ability to deliver dead-flat LF response down to 20Hz is equaled and, perhaps or perhaps not, surpassed by monster models costing twice as much. What it does not do (you still have to deal with room placement and standing waves) may be as important as its virtues, but what it does do is serve up gobs of bass that feel accurate and squeaky clean. PSB has succeeded in bringing Big Box subwoofer sound to a Smaller Box product -- no longer do you have to court a hernia lugging an 85-pound sub around the room to get Big Box sound. PSB has not only cut the edge but stropped it razor sharp; it’s a bold statement, and a challenge to all other makers of subwoofers.