What Is a Balanced Audio Connection?

I’ve seen a lot of online explanations of balanced audio circuits -- what they are, how they work, and why they’re desirable. Most of them are pretty accurate, but some are misleading. So let’s start with the ins and outs of balanced connections.

What is a balanced audio signal?

In home audio, there are two types of connection for audio signals: unbalanced, aka single-ended, and balanced. An unbalanced connection is made using two conductors: a signal and a return. The audio signal is carried on one conductor and referenced to a second connected to ground, and, often, also a shield. Unbalanced cables are typically terminated with RCA connectors. 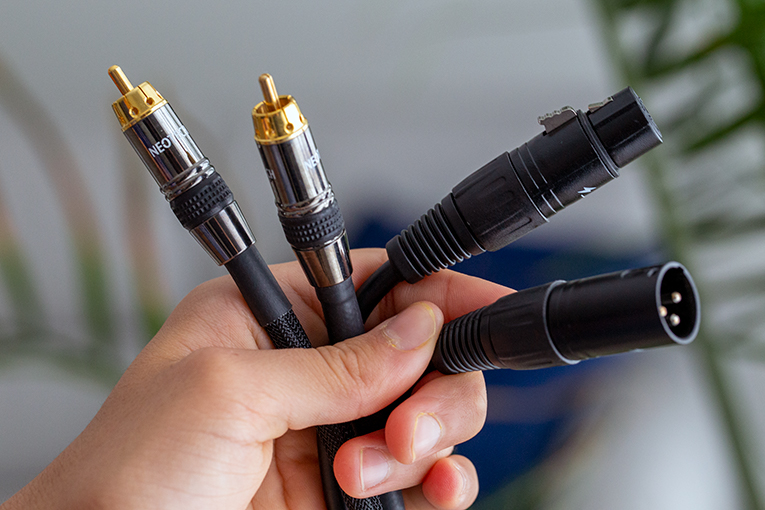 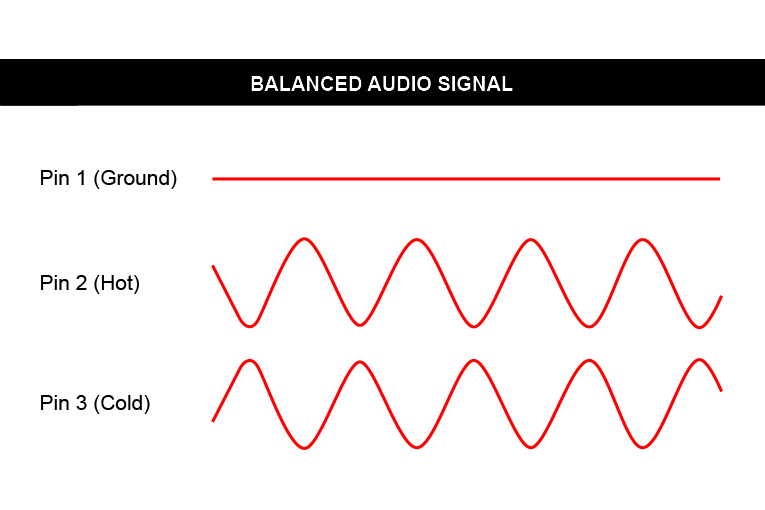 The main advantages of balanced connections over unbalanced are: 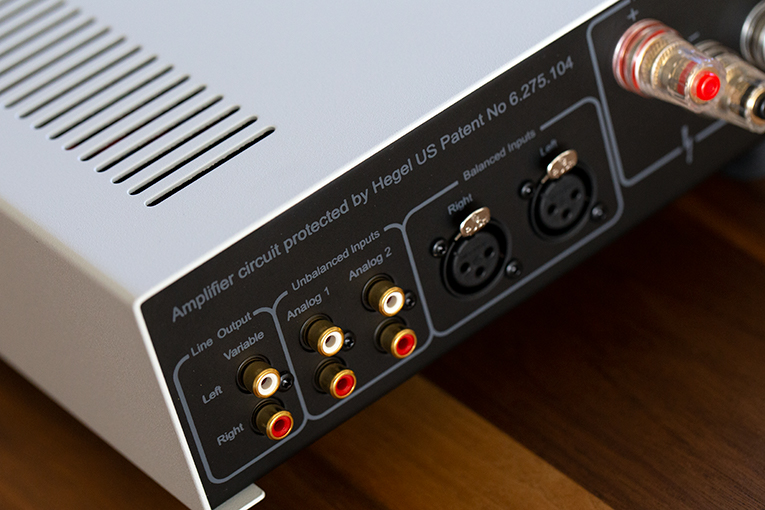 Are balanced connections useful in a home system?

In a professional environment, such as a studio or theater or concert stage, where 100’ runs of signal cable are the norm, balanced is the way to go. The chances are high that any cable of that length will pick up audible levels of noise that the balanced topology can cancel out. 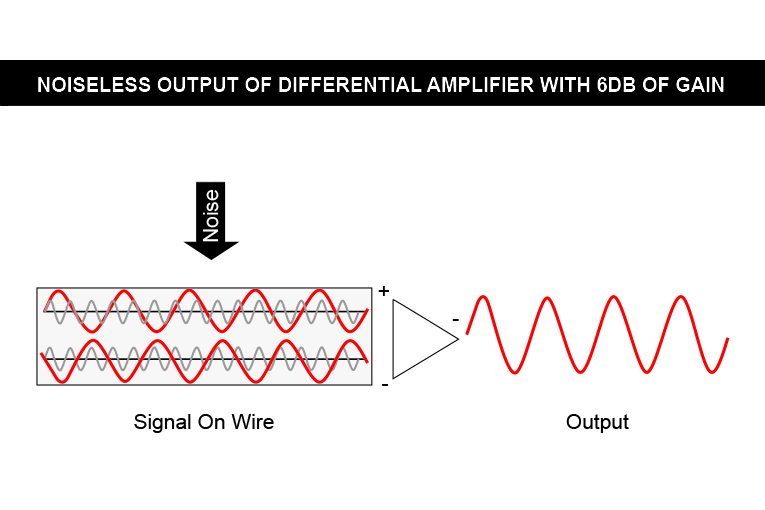 But the beauty of locking connectors aside, would you be able to hear at home any difference between a stereo system of electronics with balanced inputs and outputs, all connected with balanced interconnects, and a system with only single-ended interconnects? The answer will depend on how electromagnetically noisy your environment is and how long those interconnects are. For example, in my setup, I wanted to put my power amp between my speakers and my preamp right next to my chair, so that I could adjust the preamp’s volume control by hand. To do this, I ran 35’-long balanced interconnects through the wall -- no way was I going to use single-ended interconnects, which could easily pick up electrical noise from my house’s AC power lines. But in a typical setup, with components linked by interconnects only 1’ to 3’ long, I doubt you’d hear much difference between balanced and single-ended hookup unless the components themselves had fully balanced topologies. Which brings us to . . .

Electronic components with fully balanced circuits have been a trend in high-end audio for at least 20 years now. To illustrate how this works, imagine a balanced signal comprising two 2V peak-peak sinewaves, 180° out of phase to each other. Imagine both sinewaves being output by a source component such as a DAC, via pin 2 (hot) and pin 3 (cold) of an XLR connector, through a balanced interconnect, to the balanced input of a preamp. In a fully balanced preamp, both sinewaves of each channel would be treated equally from input to output, each sinewave passing through its own segment of the volume control: in a two-channel preamp, there are a total of four segments.

If we take this fully balanced example to its logical end, both sinewaves of each channel would then be passed along to a balanced power amplifier, in which a separate signal path would be dedicated to each, until the signal reaches the speaker terminals. There, the amplified version of the hot signal would be connected to the positive speaker terminal, and the amplified version of the cold signal would be connected to the negative terminal. If each amplified sinewave was, say, 30V peak-peak (referenced to ground), at each speaker terminal, the speaker would see 60V peak-peak as one wave crests and the other troughs.

What would happen if the signal encountered noise somewhere along its path? If the noise is correlated, and the volume control and each buffer and amplifier stage are all perfectly matched between hot and cold, with perfectly matched input and output impedances, then it wouldn’t matter how much noise was picked up. We could have 100V (relative to ground) of noise at each speaker terminal and still not hear a bit of it, because it would all have been canceled out. At any given moment, the voltage due to noise would be precisely the same at both speaker terminals -- no difference between voltages means no signal, and no signal means no sound. Of course, absolutely perfect matching between hot and cold is impossible. 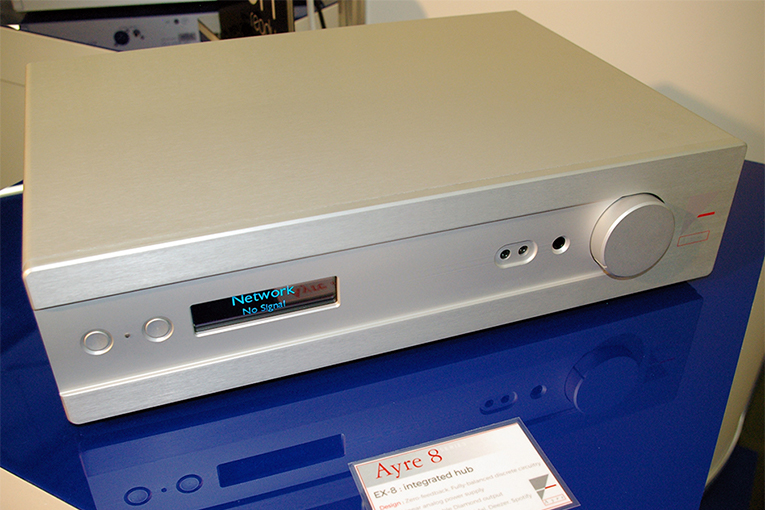 There are also some disadvantages to fully balanced designs. The first and most obvious is cost, as twice the number of electronic components is required. The second is a certain type of noise. Hiss heard through speakers is usually due to uncorrelated thermal noise in passive or active components. Because this type of noise is random, its phase and amplitude in the hot and cold signals won’t be identical, and thus won’t be canceled. In fact, because fully balanced designs have more electronic components than unbalanced designs, they may, at least in theory, generate more hiss than their unbalanced counterparts.

So is all the complication and expense of balanced operation actually worth it? Again, opinions vary, depending on the designer’s ability to come up with a high-quality power supply with a quiet grounding scheme. But, generally speaking, I would say no, it’s not worth it. However, if the designer is not so competent, balanced operation can make a worthwhile difference. An example:

About 20 years ago, I designed and built a fully balanced, digitally controlled, line-level preamplifier I was quite proud of -- it had three unbalanced inputs (RCA) that I’d internally converted to balanced, and one balanced (XLR) input. Because I lacked the experience to build a perfectly quiet power supply -- mine hummed a bit -- I definitely heard a difference in the level of noise between the balanced and unbalanced inputs. The hum was there either way, but if the balanced input was selected, it was inaudible because it remained correlated and matched in amplitude from input to output, then canceled at the differential input of my power amp. At the time, I had the very competently designed and superquiet Bryston 4BST -- which, though it had balanced inputs, was internally unbalanced.

Another example involves my current preamplifier and power amp, a McIntosh Laboratory C47 (shown below) and MC302. Both have balanced inputs, and the C47 has balanced outputs, but neither is fully balanced -- their internal operation is unbalanced. Nonetheless, both are exquisitely quiet -- to hear any noise at all, I have to put an ear right next to a speaker with the volume wide open. Are McIntosh’s fully balanced designs even quieter? Yes -- they do manage to squeeze out a few more dB of signal to noise. 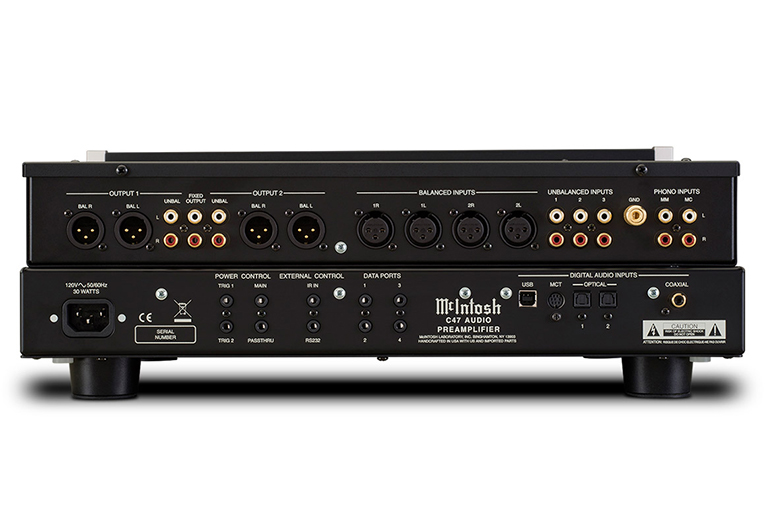 The most important question is whether or not any of this should matter to you. I will say that I appreciate the engineering prowess that goes into a fully balanced design. But in my own system, the answer is: No, it doesn’t matter -- using my McIntosh components as an example, both their fully balanced and internally unbalanced components generate noise floors well below what I can hear at my listening position. But that doesn’t mean that fully balanced operation won’t matter to you -- and if it does, there are plenty of balanced components out there to choose from.

Now that you understand a bit more about balanced and unbalanced connections and electronics and their advantages and disadvantages, you might keep it in mind next time you’re shopping for hi-fi gear. Think about your specific situation, room and gear layout, and consider the importance, or lack thereof, of a balanced stereo system.

I have limited the scope of this article to the basics, but if anyone out there is curious for more, or has questions about how, for example, op-amps are used to balance an unbalanced signal or act as differential input buffers, please send me an e-mail.