There and Back Again

Wikipedia defines the term ghosting thusly: “A colloquial term used to describe the practice of ceasing all communication and contact with a partner, friend, or similar individual without any apparent warning or justification.” As a matter of principle, ghosting is not something I’d do. As I explained in this feature on our sister site SoundStage! Ultra back in mid-2019, I just needed a change. It wasn’t you, it was me. But to be clear, I’m just making a cameo appearance here as the search continues for a permanent steward and champion for SoundStage! Access. 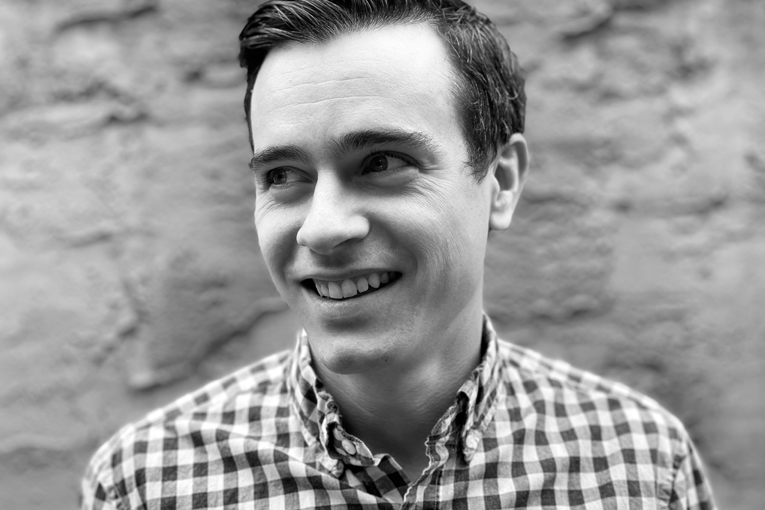 In the 18 months since my departure, I’ve been lucky enough to review a lot of very good, very expensive gear. It’s been illuminating, and fun. My system, meanwhile, has become a ludicrous $25,000+ monstrosity anchored by a Hegel Music Systems H590 integrated amplifier-DAC ($11,000, all prices USD) and KEF Reference 3 loudspeakers ($14,000). For a guy who championed value and affordability for years and years in this very column, this reeks of someone who stuck around out of obligation rather than genuine desire. This couldn’t be further from the truth.

Behind the veil of the super high end is a lot of fine craftsmanship, high-quality materials, and microscopic performance improvements at price premiums that, frankly, I’ve become inured to. I also have a feeling that when you blow past the $10,000 mark a sense of relativity sets in, both for the white-shoe professionals who buy such merchandise, and for the audio reviewers who cast a nominally critical eye over it all. I say this not out of bitter envy, but resignation.

Leaving the realm of merely expensive electronics and being admitted to the rarefied atmosphere of the super high end is jarring, because objective measures of utility and excellence are not provided. Rather, there is a presumption that a product’s bona fides are beyond reproach due to the accompanying five-figure price tag. As ever, correlation does not equal causation, a fundamental truth that unfortunately eludes far too many people.

I’m no rube, though. I get that there are all manner of well-heeled audiophiles, from subjectivist tweakers to disciples of the scientific method who bow before the altar of signal-to-noise ratios, distortion specs, and the almighty Harman curve. And let’s not forget buyers who aren’t audiophiles at all, but just members of the wealthy elite who want to pass the smell test among their fellows by populating their New York City or Hong Kong condos with boutique Swiss hardware crafted by artisans in the foothills of the Alps. As with any industry, there’s something for every consumer, and most believe that they are wise and the rest are misguided fools. And that’s human nature, isn’t it? We’re all the masters and commanders of our own little realities. Some, admittedly, are more in control of their sails and rudders than others.

Let me take a sizeable step back, however, to reframe proceedings. While I certainly appreciate gear that looks and feels the part, that is decidedly not the compulsion for this cynical, ornery music lover. It’s the sound, and it always has been. I don’t sit and stare at my big KEF floorstanders with a glass of red in my hand, feeling enamored and self-satisfied. As speakers go, sure, they’re pretty good looking. But it’s not until they begin disseminating music with outrageous fidelity to the source material that a smile begins to creep across my face. 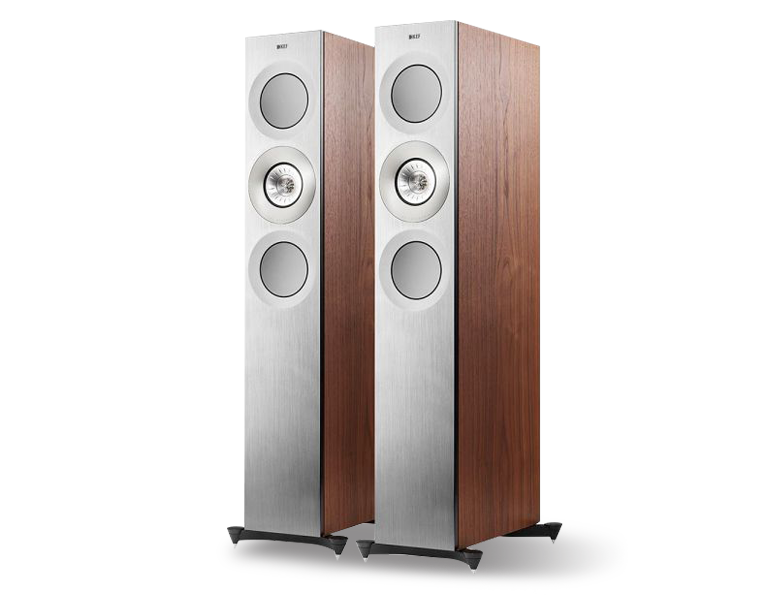 I recognize that there are others -- like my esteemed colleague and editor, Jeff Fritz -- who cherish fidelity as much as I do, but value other characteristics, too. Jeff is a man who appreciates strength and solidity in their many forms, so it’s no surprise that he owns a big honkin’ $44,000 Boulder Amplifiers 2060 that likely weighs more than I do and is built to a heroically high standard (which I’m not). All that mass doesn’t necessarily contribute to a sonic improvement that Jeff would be able to divine during a double-blind listening test. But what about the deep satisfaction I know he reaps from using his resolute, powerful-looking, and hammer-like amplifier? Can you put a price on that feeling? Jeff can, and did, when he purchased one on Audiogon a couple of years back. Could I envision spending that much just for an amplifier?

Hell, no. I like audio. Sometimes I love audio. But I just don’t have the same relationship with hi-fi that Jeff and others like him do.

No, for me, it is, and always has been, cars. Growing up, I was hooked on the Lamborghini Countach LP5000 Quattrovalvole, the McLaren F1 (my all-time favorite, right there), the Mazda FD RX-7, the Honda AP1 S2000, and the BMW E46 M3. What for so many is mere transportation from one place to the next, with reliability and comfort being of paramount importance, is for me an entirely different experience. There is nothing quite like the sensation of connecting with a highly-strung machine’s naturally aspirated motor, “proper” manual gearbox, and telepathic suspension, carving apexes at will with the exhaust wailing into the distance. Nor is there a feeling like the one you get looking back admiringly at your car after parking it, noting the body lines, the stance, the fundamentally evocative nature of it. It’s irrational. And compulsive.

And that is why I can appreciate high-end gear and enjoy writing for our Ultra website, even if its very premise is at odds with the principles of SoundStage! Access that I championed. Some of the products featured, such as the dCS Bartók DAC, which I reviewed earlier this year, represent the state of the art. Others, like Vinnie Rossi’s L2i-SE integrated amplifier (review to come), are not. But -- and I can’t emphasize this enough -- it's special. The materials and build quality are fantastic, the preamp stage’s curvy 300B triodes poke suggestively from the top panel, the volume control is satisfyingly tactile to use, the class-AB amplifier section is dead silent, and the listener can decide whether to use the preamp stage’s 300B tubes or solid-state JFETs depending on their mood. With a starting price of $18,995, a traditional value proposition cannot be presented for this low-volume integrated made by hand in Massachusetts. But I’ll tell you what, there’s nothing else on the market quite like it. It’s aspirational. An object of physical, tactile, and aural beauty that was painstakingly crafted with an obsession to detail. Few will take the plunge on such a product, but I am grateful for those who do, because without such discerning consumers it would have no reason to exist. 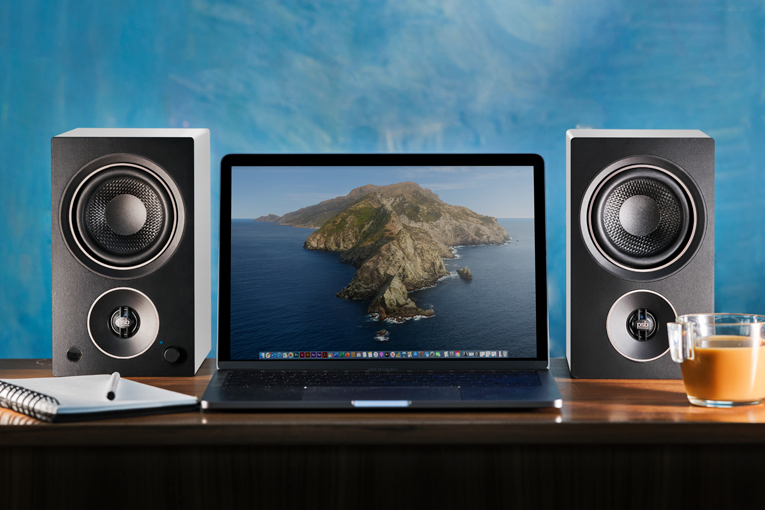 Yet, this is not reality for the 99.9%. The reality is a college buddy of mine texting me six weeks ago asking for advice on a really flexible one-box desktop solution, and a great pair of affordable monitors to go with it. With a budget of $1000, I pointed him in the direction of a refurbished NAD D 3045 integrated amplifier-DAC and a pair of PSB Alpha P5 bookshelf speakers. In the weeks since, I’ve received no fewer than a dozen texts from him exclaiming how happy he is and how much he loves both components; the NAD for its connectivity, and the Alpha P5s for their outstanding sound. For me, that’s the joy of affordable, accessible audio. It can open the eyes (and ears) of those who take mediocre sound for granted to what’s possible. So, when I saw the press releases for PSB’s new Alpha AM3 and Alpha AM5 all-in-one active speakers (based on the Alpha P3 and P5 platforms, respectively) the other day, it made me happy. It reminded me of why SoundStage! Access is so important, because most audiophiles could afford to buy a pair on a lark, and potentially be thrilled with how good they are. The Alpha AM3 looks particularly tasty to me, as you could use it on a desk, a bureau, or even actually on a bookshelf, and I found myself thinking about buying a pair because of the sheer number of new ways I could bring high-fidelity sound into my home. In truth, I was more excited about the new PSBs than any of the high-priced gear I’ve reviewed in the last 18 months. That kinda says it all, doesn’t it?