If you regularly read my turntable reviews, you should already have a pretty good idea of the albums and cuts I use when I’m reviewing a table for SoundStage! Access. But you probably don’t know why I use them. Here’s the scoop on the five albums I use most frequently and a couple of outliers that occasionally see the platter. 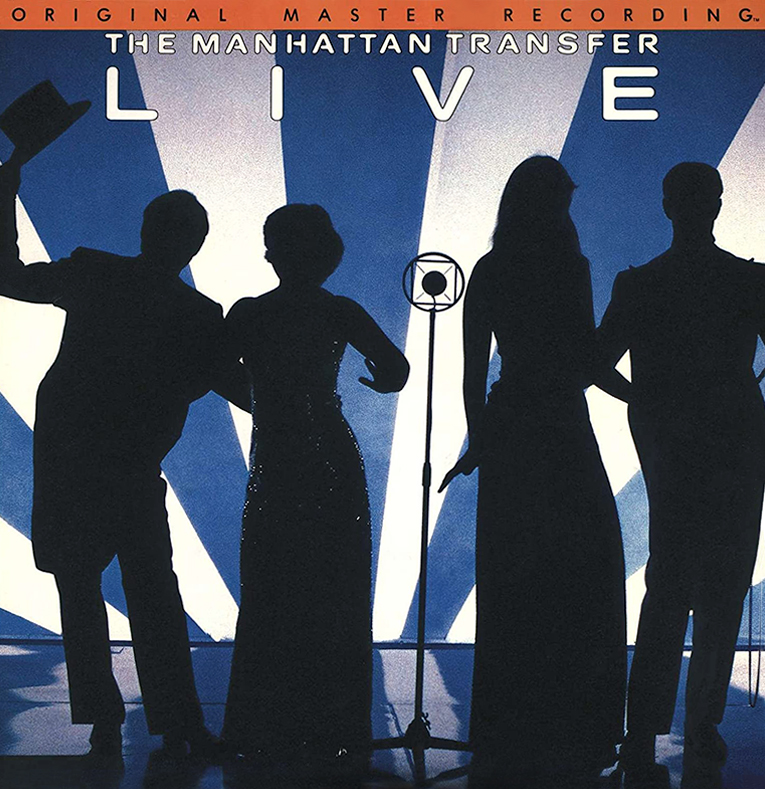 Back in the 1970s, Mobile Fidelity Sound Lab practically invented the high-quality LP. Mobile Fidelity often mastered the recordings at half speed so that the eventual frequency range of the record would be outstanding, and almost always used a better grade of vinyl and heavier pressings than was typical for an LP of that time. This particular disc is both a heavier pressing and half-speed mastered, so its sound is exceptional. The original recordings were made in 1978 on a mobile recording unit used by the Rolling Stones. It was recorded at three locations in the UK -- Manchester, Bristol, and Hammersmith (London) -- and the quality going in for this remastered release is top notch. My favorite cut, “Four Brothers,” is a tune written for the sax section of Woody Herman’s Second Herd big band -- Zoot Sims, Serge Chaloff, Herbie Steward, and Stan Getz. ManTran, of course, uses vocalese lyrics, written by Jon Hendricks (of Lambert, Hendricks & Ross fame), where the words fill in for the instrumental parts. The words go by very quickly and can only be distinguished clearly on a high-quality recording. I use this disc to check how quickly the turntable and cartridge react to changes in the sound. 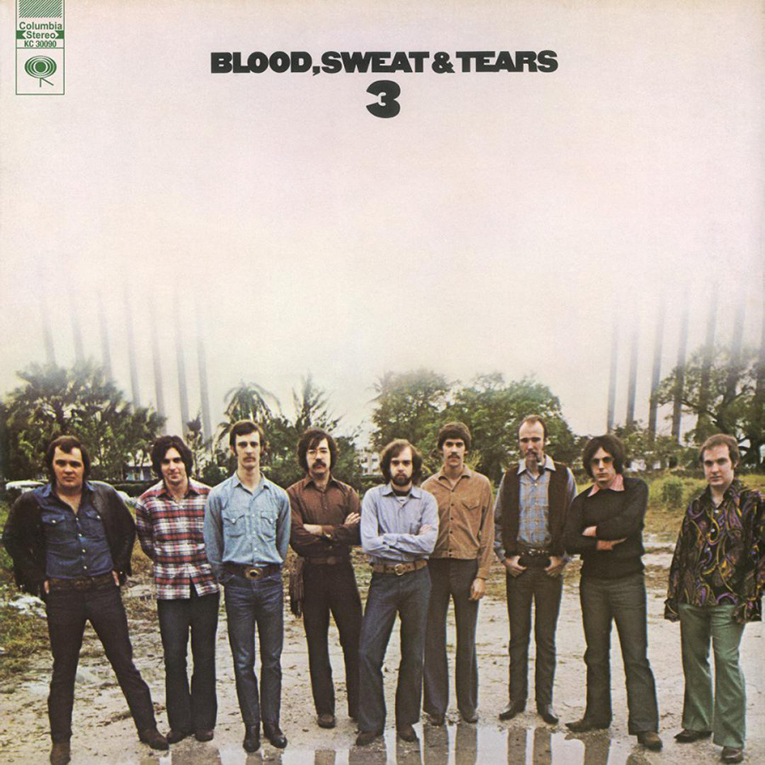 Not BS&T’s best-selling album, but it has two of the band’s best tunes: “Lucretia MacEvil” and “Lucretia’s Reprise.” The first track, as far as I’m concerned, sets the stage for the second. “Lucretia’s Reprise” repeats the bass line from the first track and the mostly instrumental song develops from that. For an equipment review, I listen for the repeated trumpet blasts to see if the turntable and cartridge handle them with no slop or overhang. With a good cartridge, they’re a single blast. If the cartridge isn’t so good, there may be a slight echo as the stylus tries to get its act together. I have to say that very few turntable/cartridge combinations show significant problems, but the ones that do . . . . By the way, BS&T’s singer, David Clayton-Thomas, wrote the song but had a hard time coming up with a name for it. According to the website Songfacts.com, he heard the Horace Silver song “Filthy McNasty” on WBGO in Newark, New Jersey, and that was the inspiration for Lucretia’s name. 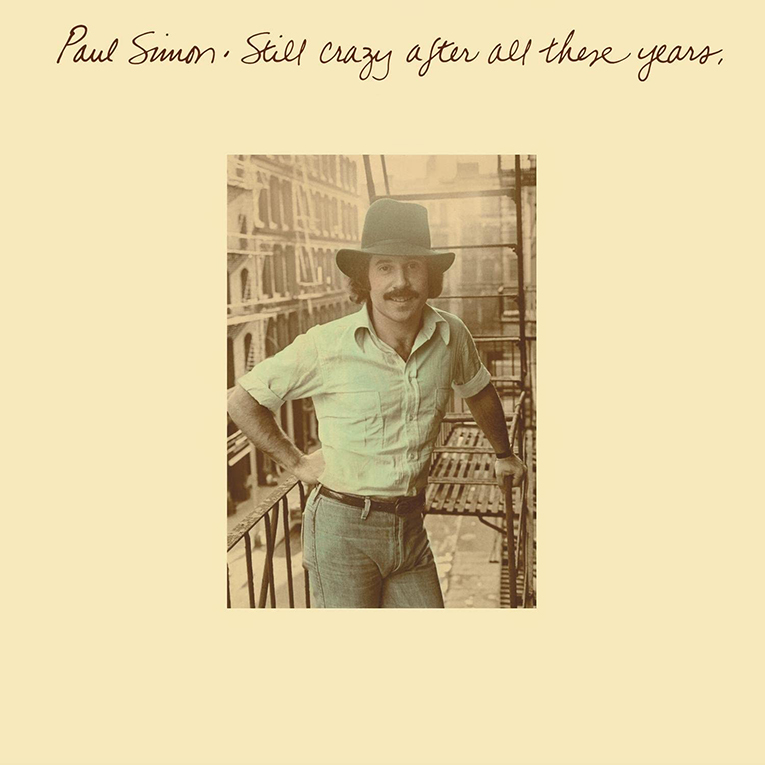 The key song here is “50 Ways to Leave Your Lover.” I pay particular attention to Steve Gadd’s repeated drum signature to see how distinctly it’s reproduced. The album was produced and engineered by Phil Ramone at his A&R Recording Studio in New York in 1975. Ramone was one of the best producers of the late 20th century, up there with Rudy Van Gelder and Teo Macero. Occasionally, I’ll use another Simon opus, “You Can Call Me Al,” from the Graceland album (Warner Bros. 9 25447-1) just to revel in the direct, almost “in your face” sound of it. 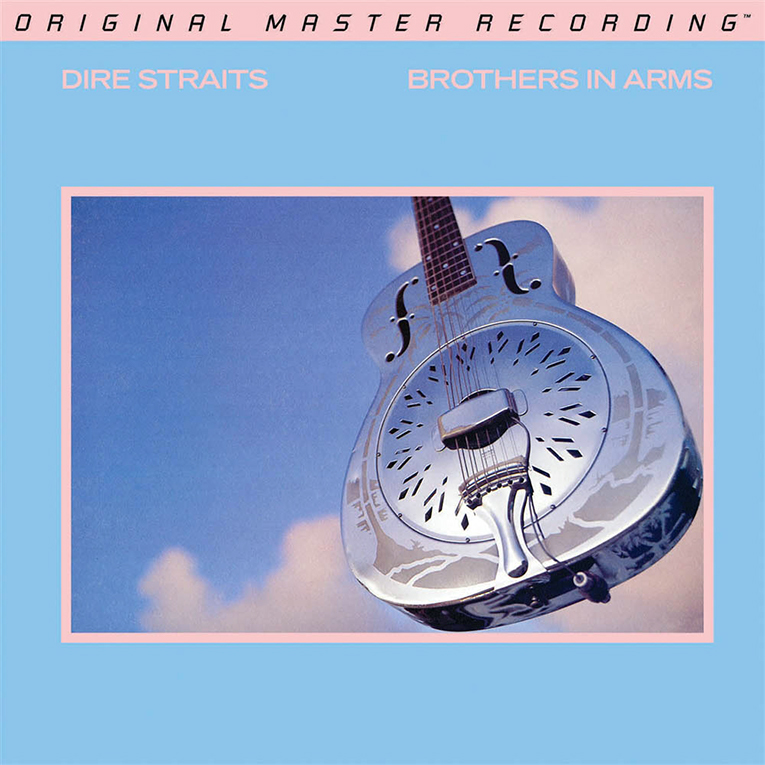 Of course, the go-to cut on this 2015 re-release is “Money for Nothing,” featuring, as I like to put it, the world’s most widely spaced drum kit at the beginning. If a turntable can accurately reproduce the almost manic drum opening, and the eerie and frantic guitar of Mark Knopfler that follows, it’s something to rave about. This Mobile Fidelity pressing is on 12″ 45rpm discs, which gives it a significant improvement in sound quality. Mobile Fidelity also did a bang-up job of mastering the discs from the original studio tapes. I also have Brothers in Arms on standard LP and CD, and the Mobile Fidelity 45s sound the best by far. 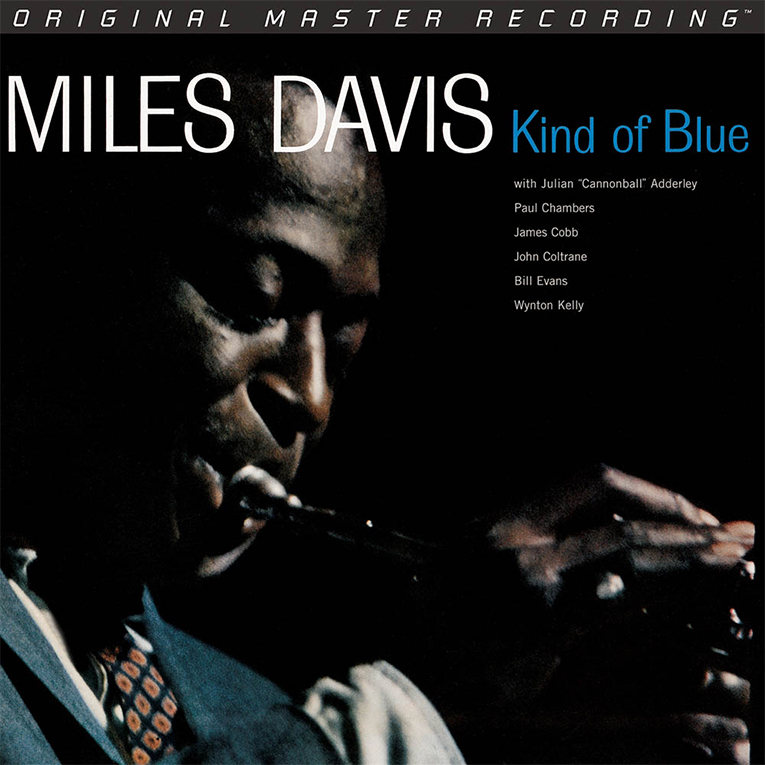 This is another multi-disc set remastered at 45rpm. It shows the care Columbia Records, who released the original album, took in recording its jazz artists in the 1950s and 1960s. Kind of Blue was recorded at the CBS 30th Street Studio, a former Presbyterian church converted into a gigantic recording studio (97′ long, 55′ wide, and 50′ high) equipped with the finest microphones and custom-designed consoles. It was the location used for recording Broadway musical soundtracks such as West Side Story, numerous “beautiful music” records by artists like Percy Faith, Ray Conniff, and Andre Kostelanetz, and many jazz recordings, such as Kind of Blue and Dave Brubeck’s Take Five. I have a CD of Kind of Blue but its sound doesn’t even approach the quality of this 2015 45rpm 180gm vinyl pressing. My primary reviewing cut is “So What,” which pianist Bill Evans describes in the liner notes as “16 measures of one [musical] scale, 8 of another, and 8 more of the first.” With sidemen John Coltrane and Julian Adderley, the tune is an example of Davis’s command of his instrument and his ability to bring in like-minded players to create musical magic.

There are a few other recordings I occasionally use:

Linda Ronstadt: Heart Like a Wheel (Capitol Records ST-11358): Especially “You’re No Good” for the long violin note at the end. If the turntable/cartridge combination is spectacular, the hairs on the back of my neck go nuts. 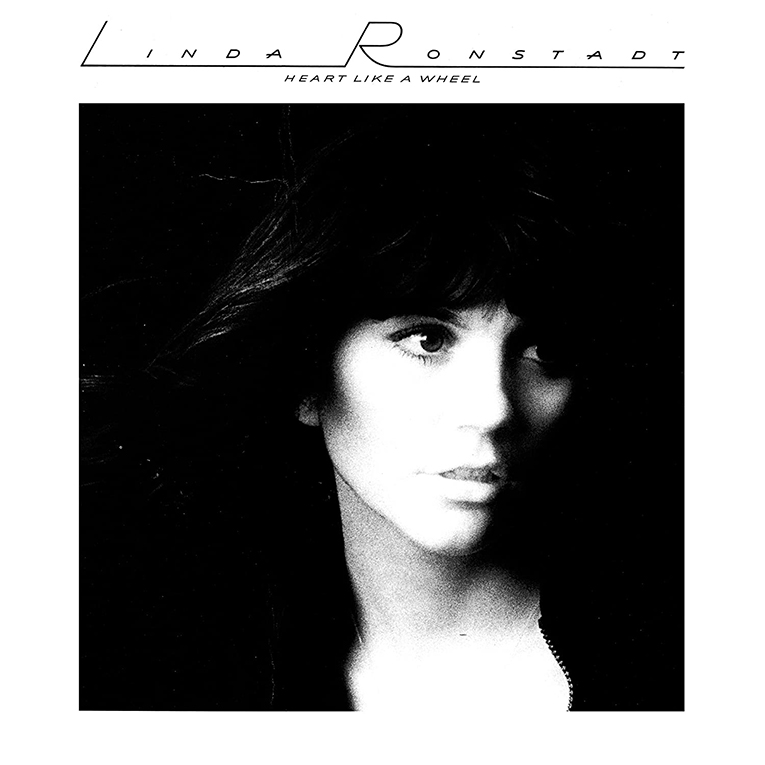 Steve Winwood: Roll With It (Virgin Records 790946-1): I use the title track on this pressing when I want to kick out the jams. If it had been recorded 25 years earlier, it would have fit nicely into the soundtrack of Dirty Dancing. 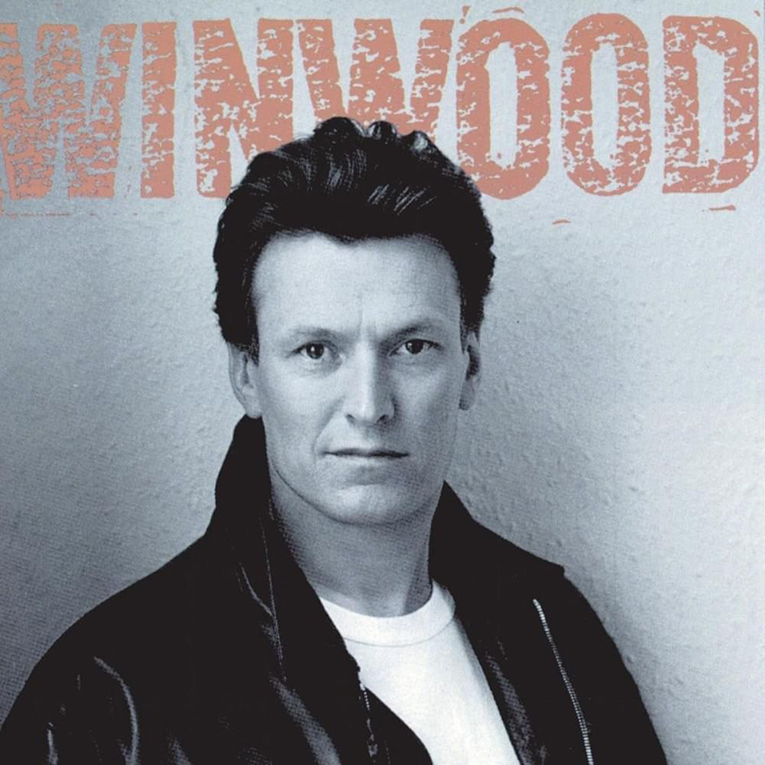 Mel Tormé: Mel Tormé and Friends (Finesse Records W2X 37484): Tormé had possibly the smoothest voice ever but was able to scat with the best of them. The go-to cut here is “Pick Yourself Up,” but the entire two-disc set is fabulous. His control over the material is only equaled by Frank Sinatra and Tony Bennett. 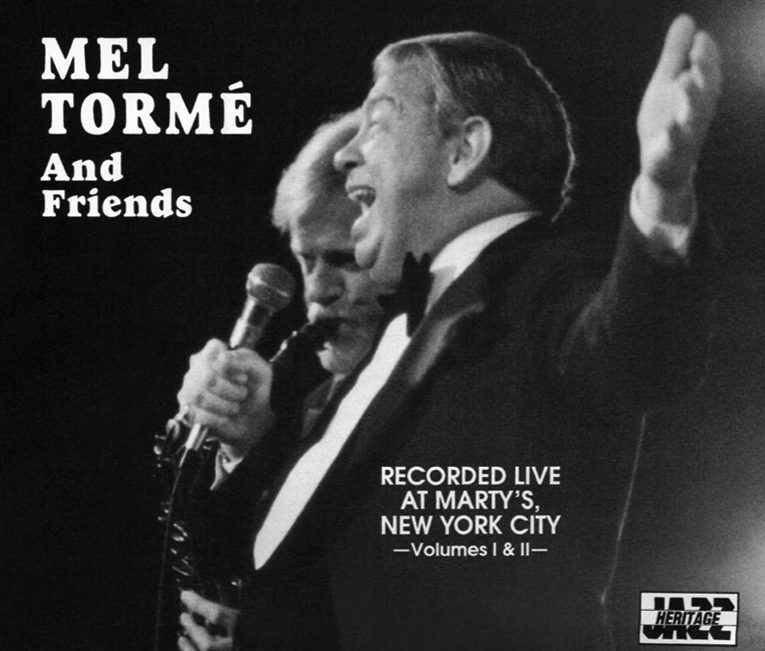 Sometimes I may pull out some other discs, depending on my mood and what I’m looking for. But for now, you know all my secrets . . . .