To paraphrase the titular character of the film V for Vendetta, “who” is but the form following the function of “what,” and what I am is a great big AV geek.

As with many AV journalists before me, my path to where I am now was a twisted one. It took me five years to earn my four-year university degree because I couldn’t decide what I wanted to be when I grew up (I’m still not sure). I was drawn at first to meteorology, but I shifted to a double major in fine arts and education. And then I became a civil engineer.

After a few years of designing bridges and drainageways while moonlighting for a DVD review website, SoundStage! Solo’s own Brent Butterworth handpicked me to write an entertainment column for Robb Report magazine. Eventually, an opportunity to review hardware fell into my lap. And the rest, as they say, is either tragedy or farce, depending on your perspective. 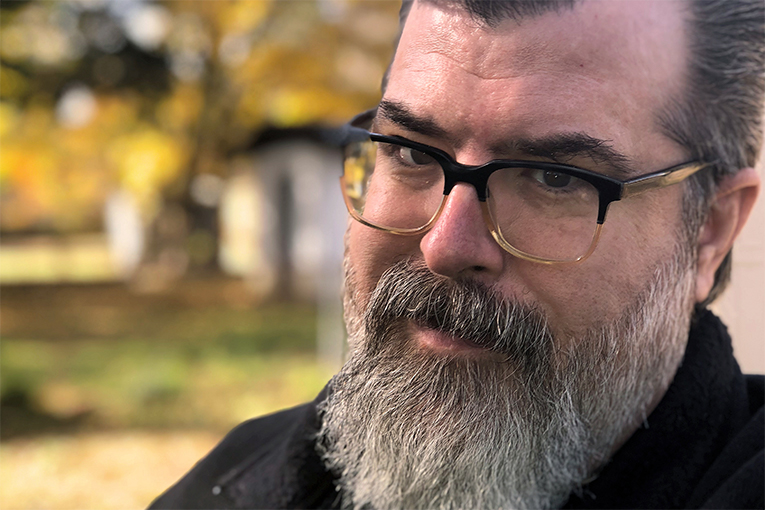 Since then, I’ve gone on to helm or contribute to all sorts of AV publications, from Home Theater and Electronic House to Home Theater Review and Wirecutter. I’ve dabbled in custom installation and written about it for Residential Systems, and I even learned how to program complex, custom home-automation systems.

But for all that, the thing I love more than almost anything else in life is sitting down with a fine glass of port in front of a good sound system (or cradled by a proper surround-sound setup), exploring the ins and outs and what-have-yous of my latest Grateful Dead bootleg acquisition, or getting lost in a galaxy far, far away.

When I do, I’m generally in my main media room, which I’ve outfitted with a quartet of GoldenEar Technology towers (two Triton Ones in the back of the room, two Triton One.Rs up front), with a GoldenEar SuperCenter Reference center speaker and a pair of SVS PB-4000 subs. Processing is provided by a Marantz AV8805 (or sometimes an Emotiva RMC-1, depending on my mood), with main amplification coming in the form of an Anthem A5.

Those of you quick with a calculator may have noticed that those speakers and subs add up to only 5.2 channels. Guilty as charged. I should probably go ahead and admit this from the giddy-up: I just don’t care for Dolby Atmos and DTS:X, at least not when I’m watching movies. I’m on the autism spectrum and easily distracted. But more importantly, I’m a primate, whose ancestors were so conditioned to avoid threats from above that some species of lower primates even have their own word for “eagle.” Whether that has anything to do with my aversion to object-based audio, I honestly don’t know, but I do know this: overhead sound effects trigger something in my amygdala that prevents me from getting fully immersed in a film or TV show. As such, every time I’m press-ganged into reviewing a DTS:X-capable sound system or Atmos-mixed movie, I hang overhead speakers from hooks affixed to the ceiling and then snatch them down at the earliest opportunity.

Walk down the hallway to my home office and you’ll find my dedicated two-channel system, which is a revolving door of whatever I’m currently reviewing or about to ship back. My tried-and-true setup, though, is an ancient and beloved Peachtree Audio nova220SE integrated amplifier connected on one end to my Maingear gaming and media PC and on the other to a pair of GoldenEar Triton Sevens—or sometimes a pair of Paradigm Studio 100 v5 towers.

In the bedroom next door, you’ll find another surround-sound (or, more often than not, object-based) setup containing the AV receiver of the week connected to an RSL CG3 5.2 home-theater speaker system and a quartet of GoldenEar SuperSat 3s hanging from the ceiling. Truth be told, though, if you do find me chilling out in that room with some tunes, you’re far more likely to find me cranking the Steven Wilson remix of Yes’s “Siberian Khatru” through a pair of Amazon Echo Studio smart speakers.

Throughout the rest of my home, sources range from a collection of Oppo UHD Blu-ray players to the multiroom music distribution system built into my Control4 home automation gear, as well as more Amazon Echo devices than I care to count right now. But the one source device I use more than any other is my Roku. I would yeet my Oppo UDP-205 into a dumpster fire before I gave up the Roku Ultra in either my bedroom or my main media room.

With all that said, none of this gear is really the point for me. It’s all merely a means to an end. What matters are the movies, the music, and the experience, and all I really need from my gear is for it to be good enough to deliver that experience without distractions. 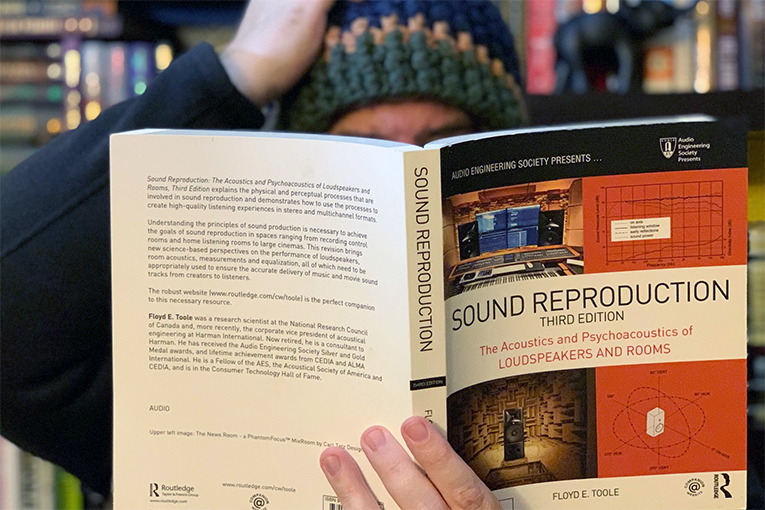 How do I gauge “good enough”? I cue up Eric Johnson’s Ah Via Musicom on Qobuz and press play. If the hairs on my arms are standing on end halfway through the title track and tears are welling up in my eyes by the one-minute mark of “Cliffs of Dover,” I’ve found a sound system that works perfectly for my purposes. Then again, I don’t think there’s any spooky voodoo involved here. What makes my arrector pili muscles contract and leu-enkephalin neurotransmitters abandon ship through my tear ducts is tried-and-true audio design: good dynamics, good transient response, reasonably neutral on-axis frequency response, wide and even dispersion, low mechanical resonance, and of course the geometry and material makeup of the room itself—all of the engineering and physics that Floyd Toole figured out ages ago.

On the other hand, anyone who has ever attended an industry trade show with me will also tell you I have a disturbing fetish for beefy, inertial volume knobs and beautiful five-way binding posts. Like most people, I’m a heaping helping of contradictions. Unlike most people, I suppose, I embrace those contradictions because they make me who I am.

If you buy into unfounded notions about brain lateralization, usually promulgated by pop psychologists and Buzzfeed personality quizzes, I suppose you would say that I’m neither left-brained nor right-brained. Or perhaps you would say I’m both in equal measure. All I’ll say on that matter is that I’ve never really viewed science and art as non-overlapping magisteria. The heroes of my youth were Carl Sagan and Carl Stalling. (Oh, who am I kidding? They’re still my heroes.) The only two books I’ve ever read more than once (in fact, I read them both annually) are J.R.R. Tolkien’s The Lord of the Rings and Richard Dawkins’s The Ancestor’s Tale. 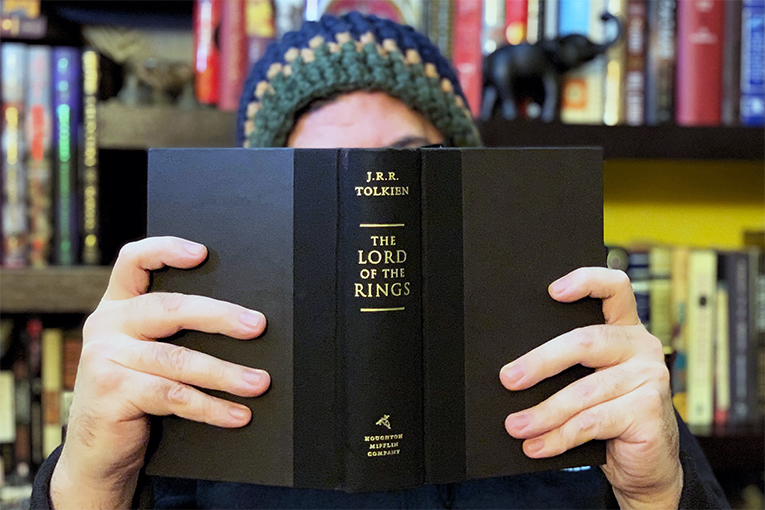 Looking back on my life from somewhere past the midway point, it almost seems like fate (if I believed in such a thing) that I ended up in one of the few careers to combine my commensurate passions for both art and science. In what other field could you listen to the Allman Brothers Band’s “Blue Sky” or Andrew Bird’s “Sovay” to get a pretty accurate sense of what your lab measurements are going to look like? What other job would tax me with finding the ideal maximum filter frequency for a specific combination of room, speakers, speaker placement, seating distance, and room correction system . . . then have me spin Hendrix’s “1983 . . . (A Merman I Should Turn to Be)” as the ultimate test of whether my math was correct? (Note to self: I should probably write an article about that soon. The room correction bit, not the Electric Ladyland bit.)

Why am I burdening you with all of this miscellanea? Because this wannabe Renaissance mindset of mine gives you a good sense of how and what I’ll be writing about here at SoundStage! Access. I know of no reason why a $400 bookshelf speaker can’t be designed and engineered to deliver the fundamentals of good audio reproduction and held to the same standards as a $40,000 planar-magnetic line source (taking into account, of course, the straightforward limitations of physics). “High end” and “high performance” aren’t synonymous in my mind. And although I love both of these things for different reasons, if given the choice between spending my own coin on a $1500 system or a $15,000 system, and they both give me the goosies in equal measure, why wouldn’t I spend my hard-earned money on the more affordable system?

Unless, of course, it has those tacky red-and-black spring-clip speaker connectors. In that case, kill it with fire.