Why Does Hi-Fi Really Matter?

What’s the point of all this, really? And I don’t mean that in some existential sense. By “all this,” I’m referring to the subject matter of this publication. When you get right down to it, why do we care about high-fidelity sound reproduction? I’ve been thinking about that a lot lately, ever since someone asked me to explain, in as few words as possible, the real benefit of acoustical room treatments. Not with math. Not with RT60 graphs. But with simple, direct, easy-to-comprehend non-jargon.

Words like “clarity” sprang to mind. “Precision,” too. But inevitably, my explanation would veer toward sound quality, which raised the question of why that’s important, and, well, here we are. How do you explain why audio fidelity is important without resorting to tautologies?

I don’t have my final answer to this question just yet, and I reserve the right to phone a friend. But for now, the idea I like best is that I care about quality reproduction of sound because it ameliorates distractions. That’s it, really. That’s sort of my whole answer.

I care about having good amps and speakers and sources, not because I really value any of them in and of themselves—they’re simply tools, means to an end—but because subpar gear (or the setup and configuration thereof) draws my attention, my focus, away from what’s really important: the music or movie in which I’m currently invested.

It can’t be that simple, can it?

All of the above may seem far too reductive to tell the whole story, but for me, I think it does. Why do I prefer speakers with relatively flat frequency response—especially in the midrange—over those with more distinctive voicing? Because as fantastic as an idiosyncratic speaker can sound with a lot of music, there’s invariably a tune or two in my regular rotation that sounds off. Queen’s “Radio Ga Ga” is a perfect example. Whether I mention it or not in the course of a review, it’s one of the first songs I throw at any new speakers or headphones or what have you. 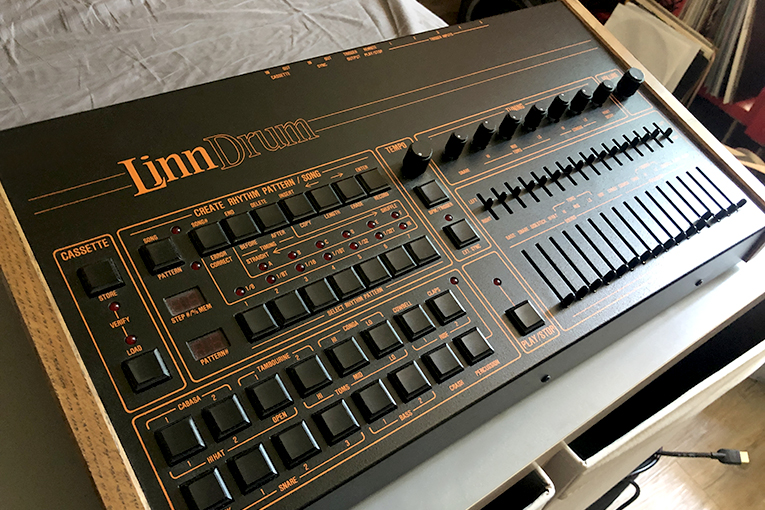 Why that song in particular? After all, it’s not exactly audiophile fodder, what with its cheesy Roland synths and LinnDrum beats. But “Radio Ga Ga” is incredibly sensitive to tonal anomalies. I auditioned a pair of headphones a year or so ago that sounded fantastic—and quite distinctive—with a variety of yacht rock tunes, noodly jams, and every ounce of hip hop in my music collection. But with “Radio Ga Ga,” Freddie Mercury’s vocals were at once buried in the mix and so edgy and sibilant as to be unlistenable. Needless to say, those headphones were not fit for my purposes, because I refuse to cater my musical tastes to the strengths and limitations of my hardware.

Staying with personal audio gear, some of the finest headphones I’ve ever heard—the flattest, most transparent, most dynamic, most detailed—also failed for me because they were simply too big and bulky to be worn for any appreciable amount of time. If my attention is drawn away from the music because it feels like my head is in a vise, that headphone is not serving its purpose.

If a music platform or player has the best UI in the history of the universe, but interjects pauses between what should be gapless tracks, it’s creating a distraction and not serving its purpose.

If a subwoofer is cranking out pants-flapping SPLs at 16Hz, but chuffs like a choo-choo train while doing so, it’s creating a distraction and not serving its purpose.

If a speaker sounds great on-axis, but its sweet spot is so narrow you have to wear a soft cervical collar to keep your head positioned just so, it’s creating a distraction and not serving its purpose.

If another speaker’s dispersion is so uneven that your first reflections sound nothing like the direct sound reaching your ears first—well, you get the point.

You’re fooling yourself if you don’t believe it . . .

Of course, even if you accept my premise that the pursuit of high-fidelity sound reproduction is about ameliorating distractions, we have to acknowledge that the gear itself isn’t always the source thereof. More often than not, when I’ve been subjected to bad-sounding systems, the blame was actually untreated first reflection points, poor speaker placement, or insistence upon shoving full-range speakers into a room that would have been better served by a 2.1- or 2.2-channel setup.

The biggest source of distraction that I’ve noticed afflicting our hobby, though, comes not from the gear, not from the room, not from the setup, but rather from inside our noggins. Far too many in our hobby kill their own listening joy by obsessing over silly three-letter acronyms that don’t amount to much of anything truly perceivable. Or they argue the merits of sampling rates whose benefits could be heard only by bottlenose dolphins. 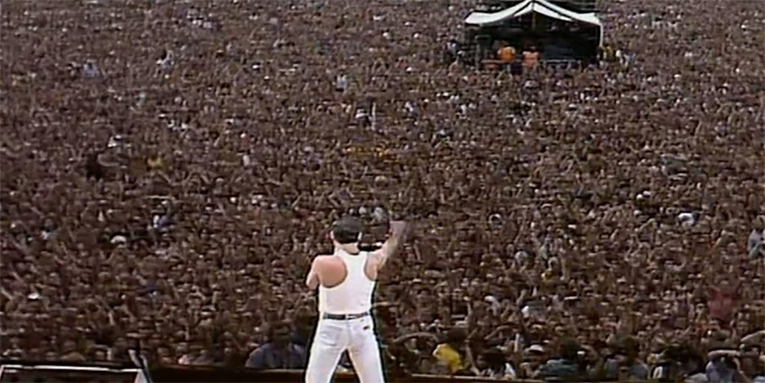 Worse yet, far too many of us fool ourselves into thinking we hear things that we don’t. We fall prey to gurus who claim that they have the special sauce required to hear nuances in the music recorded at 96kHz or above, when in fact—actuarily speaking—many of these gurus probably suffer from significant hearing loss above 8kHz.

We actually entertain the notion that CDs sound better when played from the beginning because some crackpot publication claimed they do. We lean forward and nod our heads when some silverback in the industry argues that lossy compression is a “thing that only tangentially resembles music” (an actual quote I saw on an audiophile Facebook page) because we don’t want to admit that we can rarely and/or barely hear any truly meaningful difference. Because to admit that would mean our ears aren’t as golden.

But even if you leave aside the issue of snake oil, how many people in this hobby do you know who put the cart before the horse? In other words, raise your hand if you’ve ever bought an album just because you thought it would sound good on your system. And I don’t mean a remastered version of an already beloved album. I mean something you would never have bought had it not been sold by Acoustic Sounds or released on the Telarc label.

No offense to either of those, of course. Or to you. If that’s your jam, then, of course, that’s what you should buy and listen to. But I can count the number of people I know who legitimately enjoy jazz or classical music without taking off my shoes. And yet, I know oodles of people who buy such recordings for no other reason than the fact that they sound good. They’re not purchasing music; they’re purchasing glorified test tones. 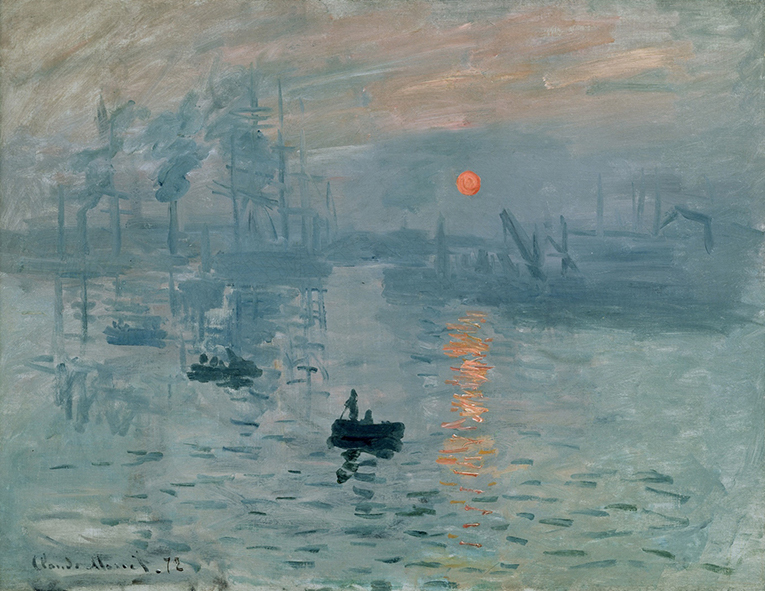 These are often the same people who claim that the platonic ideal of a proper stereo setup is to recreate the sonic experience of listening to unamplified live music. But if that’s your target, you’re creating distractions for yourself. You’re setting Sisyphean benchmarks and blaming your gear for failing to live up to them. You’re studying a print of Impression, soleil levant, and complaining that it doesn’t look like a photograph of Le Havre.

Walter, what is the point?

Again, I want to be clear that I don’t think any of the above rises to the level of theory. It’s barely a working hypothesis. But even those need to have some predictive power and point toward a course of action. So what do I expect you to actually do with all of this preachy gobble-gobble?

First things first: if you’re currently contemplating an upgrade of your audio system, sit down with your eyes closed and practice some mindful listening. Don’t cue up music that you think sounds good; load up a song that you truly love. One that you know intimately. And just listen.

Do you find yourself being pulled out of the music? No? Fantastic. That’s the goal. If you do, though, figure out what the source of that distraction is.

To do that, you might have to ignore conventional audiophile wisdom and actually learn a thing or three about the way audio reproduction works. I highly recommend the books Sound Reproduction: The Acoustics and Psychoacoustics of Loudspeakers and Rooms by Floyd Toole, The Loudspeaker Design Cookbook by Vance Dickason, and Designing Audio Power Amplifiers by Bob Cordell. 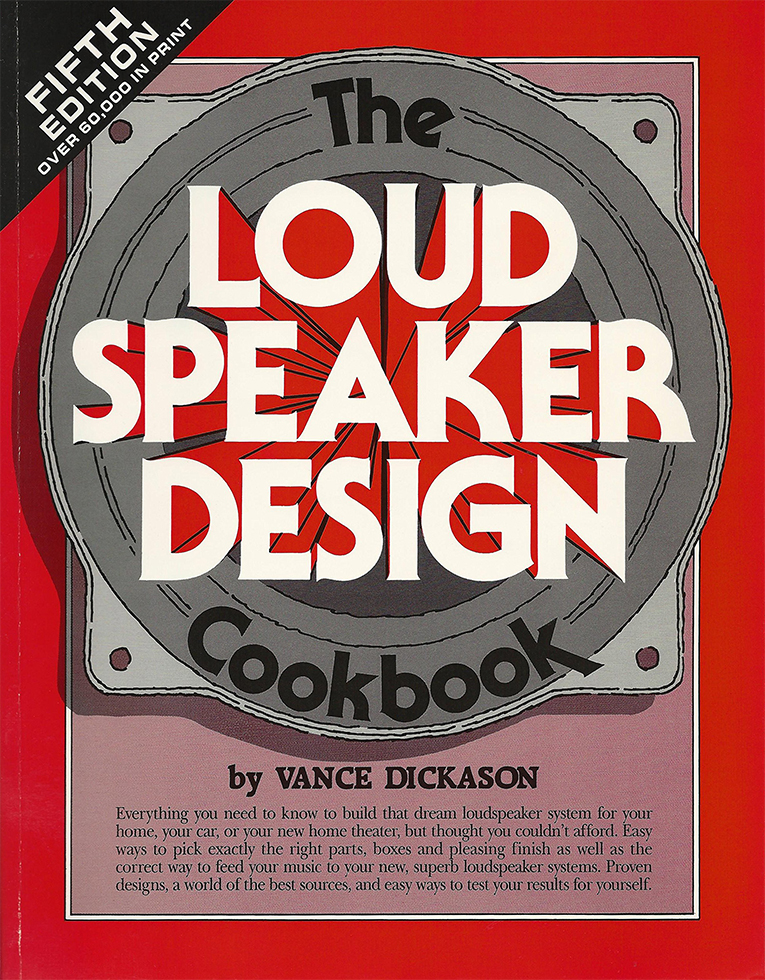 And no, I’m not suggesting that you start building your own gear or anything. If you don’t keep feeding my advertisers, I can’t eat. But armed with the wisdom locked within the pages of these tomes, you’ll be a lot better equipped to determine which, if any, of your components need to be replaced, repaired, or upgraded. Or which tweaks you might need to make to your listening space.

And perhaps most importantly, I think the understanding to be found within these books will help you avoid the most pernicious distractions of all: those caused by audiophile authoritarianism, magical thinking, unrealistic expectations, and FOMO.