In addition to spotlighting high-performance gear that won’t break the bank, one of my main goals here at SoundStage! Access is drawing attention to newbie-friendly gear. Gear that’s accessible—in terms of price, ergonomics, installation, setup, and operation—for someone who’s never owned or operated a real stereo system before. And that, ultimately, is what drew me to Emotiva’s new BasX TA1 stereo receiver. The company has a long history of making and selling super-affordable gear, so it’s no real shock to see it offering a product like this at $549 (all prices USD). What is surprising for me is just how much the TA1 attempts to accomplish within the confines of its itty-bitty chassis. Because calling it a “stereo receiver” hardly does it justice. 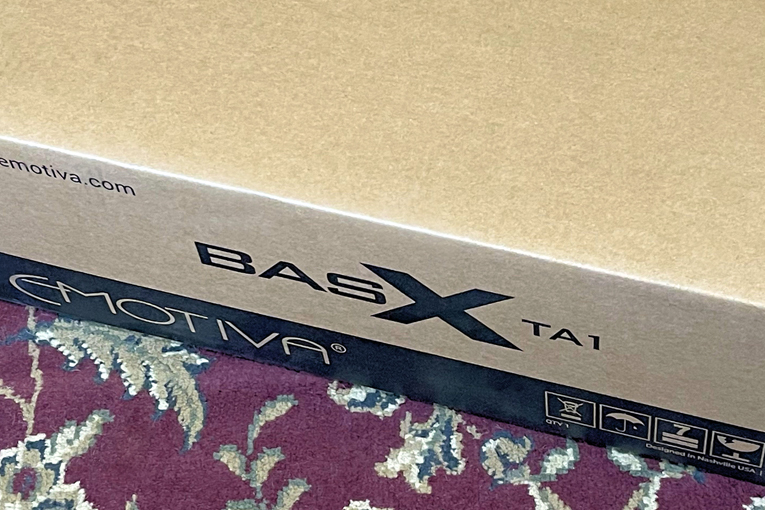 And the packaging doesn’t give you any real indication of everything it’s capable of, either. It’s a rather unassuming cardboard box, mostly unadorned, but it’s as sturdy and resilient as you would expect from a company that deals in mostly direct-to-consumer sales. 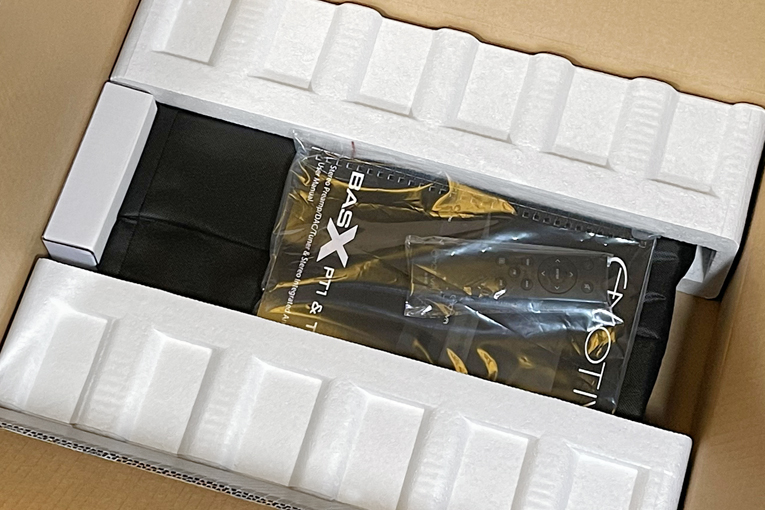 Popping open the double-boxed packaging reveals a well-protected BasX TA1 wrapped in a cloth bag and padded with expanded polystyrene, with the manual and Fire TV-esque remote control bagged on top and a box of accessories tucked away on one side of the chassis. 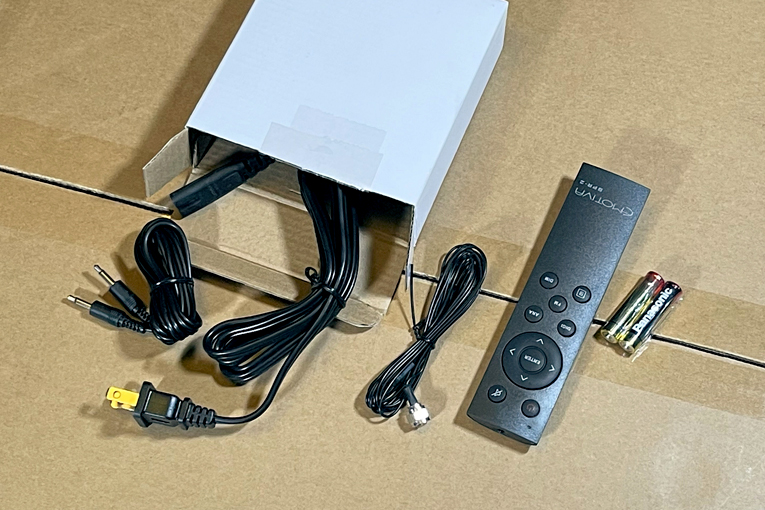 Said accessories include a two-prong power cord, a 3.5mm cable for use with the unit’s 12V trigger out, and a thin-wire FM antenna, along with two AA cells for the remote control. 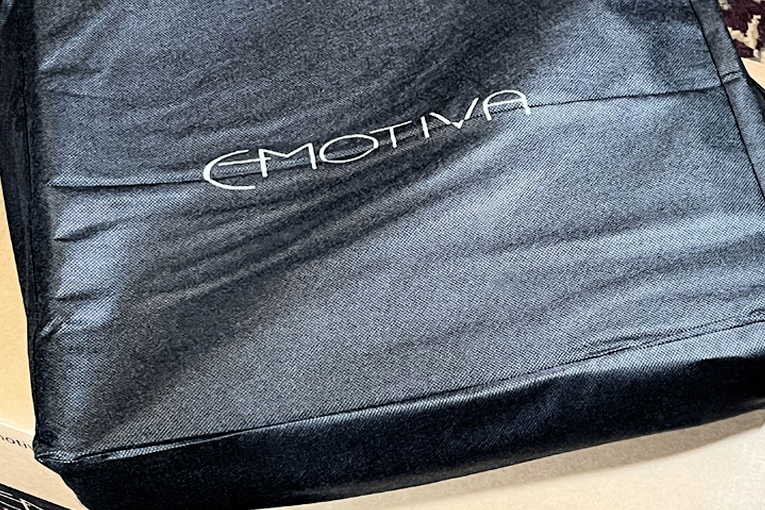 The bag in which the BasX TA1 is wrapped is surprisingly nice for an integrated amp (or stereo receiver, or whatever you want to call this Swiss Army knife of a product) at this price. It’s seriously a big step up from the transparent plastic bag you’d expect to see in this budget range. 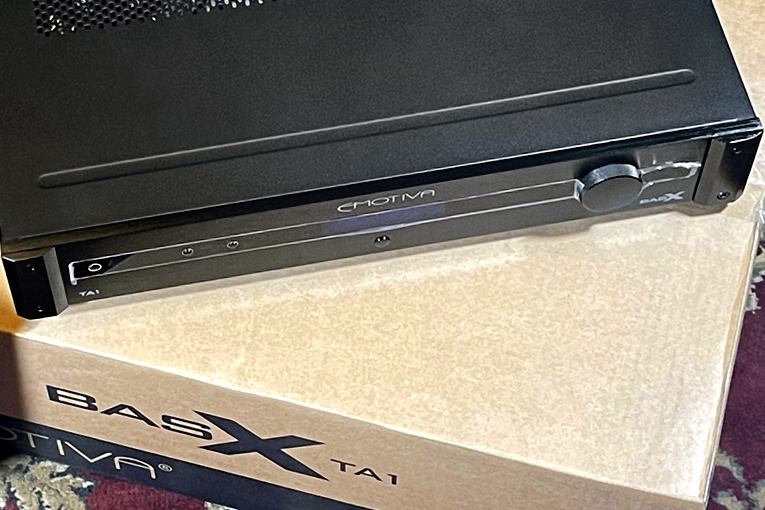 The only real disappointment here is the bag doesn’t come with handles or hems on the open end. That would have made it a nice reusable shopping bag. Although I guess if you’re handy with a sewing machine and into the whole “reduce, reuse, recycle” thing (guilty as charged), you could cut a strip off the end and fashion your own shopping bag.

At any rate, once removed from its bag, the BasX TA1 is a good-looking little piece of stereo kit that features Emotiva’s traditional, straightforward styling, with the benefit of a refined front-panel design and nice ventilation on top. 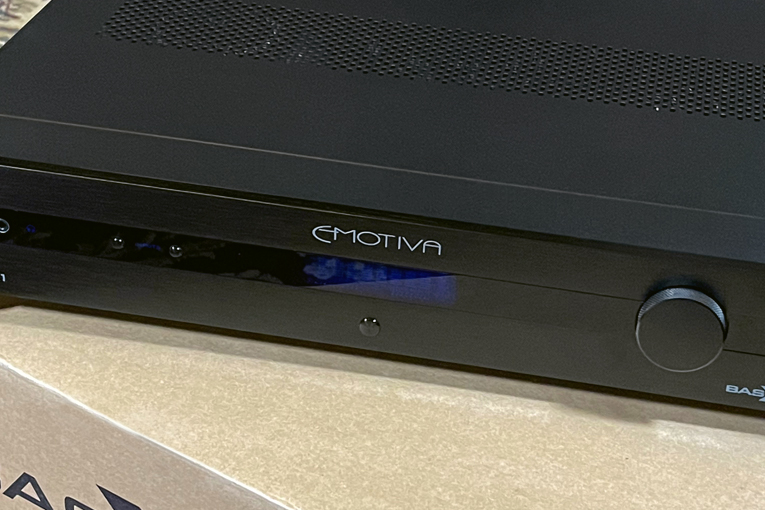 In addition to its headphone output (3.5mm), the only things adorning the front panel are input selection buttons, a standby button front and center, and a rather small volume knob that nonetheless feels nice in the hand. 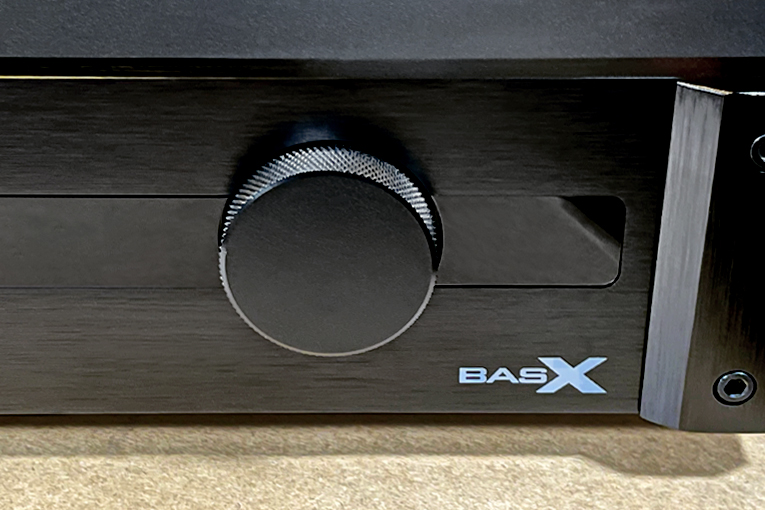 The volume knob has the right amount of inertia, and it gives a bit of tactile feedback as you twist it to and fro. I didn’t think I’d be a fan of the knurling on the knob at first sight, but the design gives it a nice texture that’s subtle and grippy and—combined with the discrete tactile bumps—allows for precise loudness adjustments. 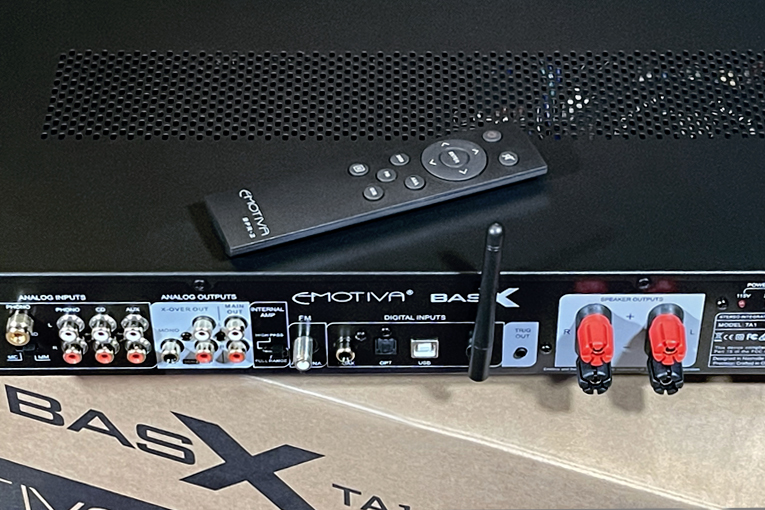 Flip the BasX TA1 around and you get the first real indication of everything it’s capable of. In addition to its MM/MC phono input, it also has two stereo line-level inputs, three digital inputs (one USB), and a Bluetooth antenna. 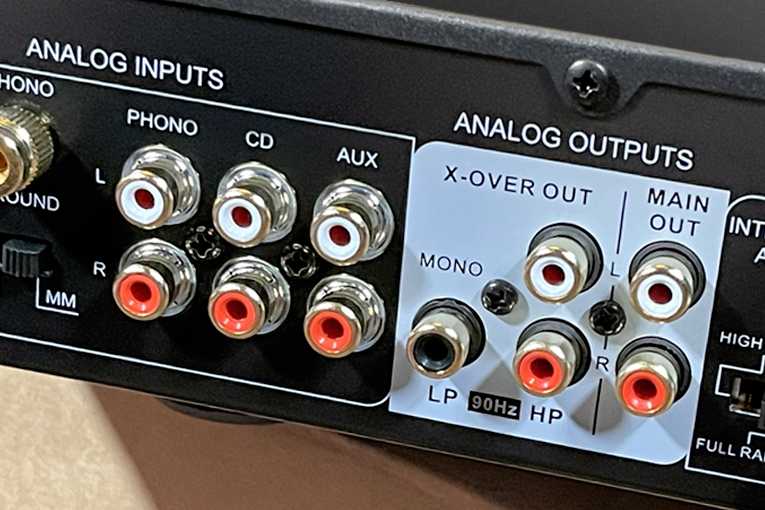 It’s the output section, though, that’s of particular interest to me. In addition to its 2.1-channel pre-outs, which are crossed over at 90Hz, it also has stereo pre-outs that are either full range or high-passed at 90Hz, depending on the position of the switch just to their right. That switch also determines whether the speaker-level outputs are full range or high-passed. 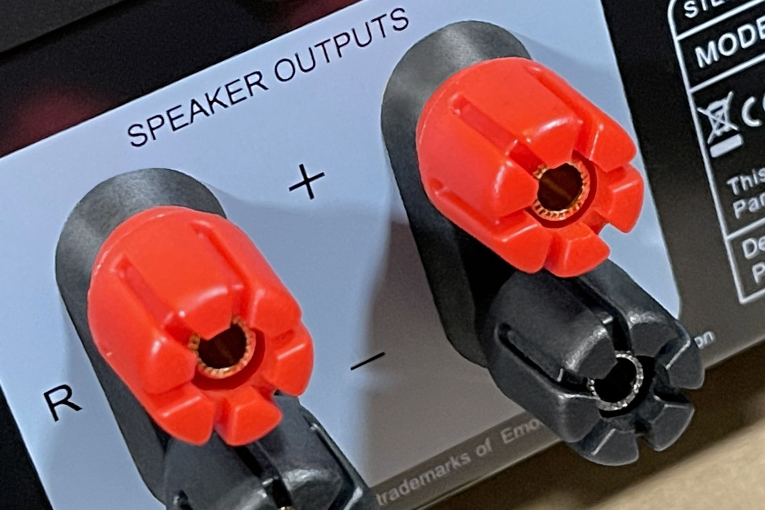 The speaker-level outputs, meanwhile, are another aspect of the TA1 that’s a bit nicer than I would have expected given the price. Yes, yes, they’re the bog-standard black-and-red plastic, but the five-way binding posts feel substantial, they don’t catch or snag the way so many of their kind do, and they’re perfectly spaced for banana plugs.

The only question that really remains is whether the performance of the TA1 lives up to all the potential. But the answer to that will have to wait for our full review, coming soon to the pages of SoundStage! Access.