Sources are where information comes from. In the case of audio, that means tuners, turntables, disc players, computers, iPods, tape decks, and pretty much any other device capable of playing analog or digital information. In my house at the moment I have a CD player, four iPods, a DVD player, a Blu-ray player, an iMac computer, a digital-to-analog converter, and an Apple TV. All are capable of playing music files, even though some were clearly not designed for that purpose. Who would have thought that a computer could be an audio source, let alone a high-end one?

Sources can be divided into two broad categories: analog and digital. Analog sources read audio information in its raw format, so to speak. Music is naturally analog -- that’s what comes from the recording microphone, and it’s the reason some argue that the best sources are still analog. Those would be turntables and, to a lesser extent, reel-to-reel tape players. The old cassette tape was analog, as was the 8-track tape cartridge. Digital Audio Tape (remember that?) is, of course, digital. 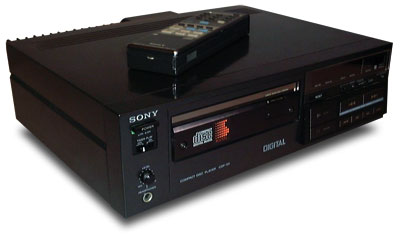 By far the most common and popular digital music machines are CD players. The Compact Disc came along in the early 1980s and popularized digital audio recordings by offering what was trumpeted as pure, natural sound. Early CD players and digital recordings were generally pretty awful and this eventually helped to revive the sales of turntables. In the long run, the CD came to dominate the music world.

Digital sources don’t read music per se, they read data in the form of binary code -- those zeros and ones you’ve heard about. Since our ears and brain can’t process digital information, what the player reads has to undergo conversion from digital to analog -- either inside the device (e.g., a CD player) doing the reading, or externally (by a dedicated DAC). The conversion is done by chips designed for the purpose. Aficionados of turntables will tell you that it’s in this conversion that the music from digital sources loses its soul.

The CD player might still be the most common digital audio source component, but the Apple iPod is coming up fast; like a Porsche 911 Turbo overtaking a school bus, it will soon leave the CD player in its wake. Yes, friends, the CD player is a dying device. Few companies are rushing new models out the door these days, and makers of consumer-grade electronics (Sony, JVC, etc.) don’t even make them anymore. Fans of the shiny disc shouldn’t get too excited about DVD or Blu-ray, either; they, too, are likely to fade. And don’t even bother with Super Audio CD, a high-resolution format that wasn’t all that popular even in its heyday, and is less so now. But before I talk about the machines we use to store and play digital files, let’s go over some basics of digital audio. (Don’t worry, analog fans -- we’ll get to you later.)

Pop quiz: What, exactly, is resolution? In the world of digital audio, resolution refers to how many data are contained in a music file. Standard CDs, aka "Red Book" discs (after the color of the cover of the book in which the specifications of the CD standard were originally published) have a resolution of 16 bits at 44.1 kilohertz. The number of bits represents how many distinct voltage levels a signal can contain. Telephone signals use 8 bits, which equates to 256 distinct voltage levels. CDs use 16 bits, which equals over 65,000 distinct voltages. As you’ve probably guessed, the greater the number of distinct voltages, the better the sound quality. The 44.1kHz sampling rate (i.e., how many times per second the signal is read) came about for two reasons. First, there’s a physical theory that says that digital audio samples must be sampled at more than twice the maximum frequency of the original music. Because the upper limit of human hearing is 20kHz (in theory), it was thought that the minimum sampling rate of the CD standard had to be 40kHz. The second reason is that Sony had had experience working with a 44.1kHz sampling rate in converting digital audio to an analog video signal. If Philips -- coinventors, with Sony, of the Compact Disc -- had had its way, the CD standard would be 14 bits sampled at 40kHz.

If 16-bit/44.1kHz is the standard of CD resolution, high-resolution digital audio must be encoded with more bits -- 24, to be exact. This means that 24-bit recordings contain more information. In fact, for every bit added after 16, the amount of information captured is doubled. At 24 bits, we’re up to nearly 17 million distinct voltages. While this looks like a massive increase, it’s not what it seems -- as I’ll explain after I talk about higher sampling rates. 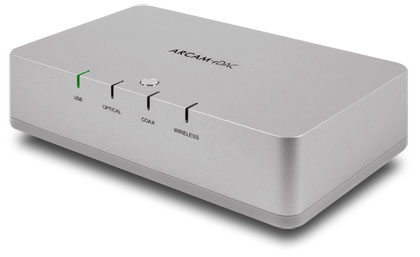 While there’s more resolution to be had with 24 bits, it’s not as much as the huge jump in available voltage levels would imply. This is because the bit rate of the signal -- the number of data per second required to transmit the signal for processing -- is just 3.25 times higher for a 24-bit track than for a 16-bit "Red Book" track. So while a 16-bit track at 44.1kHz has a bit rate of 1.35 megabits per second, a 24-bit recording sampled at 96kHz has a bit rate of 4.39Mbit/s -- a big leap, but nowhere near the 261x difference between the voltage levels available at 16 and at 24 bits.

No discussion of resolution would be complete without mentioning MP3 files. These and their ilk are unworthy of people with ears, but they proliferate nonetheless. That very little is going on in an MP3 file can be proven by pointing out that MP3’s bit rate is a paltry 0.13Mbit/s: a tenth of the data density of a 16/44.1 CD. The next time someone says that MP3s are "CD quality," call a cop and have them jailed. If you can fit tens of thousands of music files on an iPod, those files are crap.

Next class: What to look for in the last CD player you’ll ever buy, and why computers are better than disc spinners.