Last month we discussed how a source is any component that provides an audio signal to an amplifier. This month we’ll talk about a type of source that’s on life support, and another one with all the promise of a newborn baby.

I’ve been telling people for at least five years that the Compact Disc player is dying. While that obvious prediction hardly makes me an audio Nostradamus, it suggests that anyone needing to replace a machine that’s actually dying must ask an important question: does it still make sense to buy a CD player? For my money, the answer is an easy no. But for anyone else I offer a wishy-washy "that depends."

Today’s CD players are much better than their predecessors of even just a few years ago, and for less than $1500 you can now buy performance that a few years ago might have cost several times that much. The key improvements in the newest players come in digital-to-analog conversion, control of the disc servo mechanism, and structure of the actual transport.

A prime example of just how advanced budget disc players have become is the newly introduced Cambridge Audio Azur 751BD ($1199). Right away the fact that the 751BD can play any type of disc -- Blu-ray, DVD-A, SACD, CD -- sets it apart from pretty much anything else near its price point. Add the robustly built proprietary disc transport, complete with aluminum shell; the large, highly regulated power supply; and the five Wolfson 8740 DAC chips on the audio output stage, and you’ve got a player that not long ago was the sole domain of companies like Esoteric that commanded five-figure prices. Anyone with a significant investment in Blu-ray Discs or SACDs would be well advised to look at the 751BD as a contender for their last disc spinner.

Let’s examine the 751BD a little more closely to understand why its design makes a difference. First, the ability to play multiple disc formats doesn’t come cheap, as different electronics and even lasers are required to build a jack of all trades. That’s why most universal players have heretofore been quite expensive. Second, the 751BD’s transport mechanism and servo control are engineered to reduce the shimmer and shake of a rapidly spinning, not perfectly round disc. As in purely analog audio (which we’ll get to next month), vibration is the enemy of every disc player, so reducing it by making the disc as stable as possible pays significant dividends. Finally, one of the biggest lessons learned in audio engineering over the past decade is the critical importance of having a well-designed, quiet power supply. From what we can see inside the 751BD, the power supply is large. It lives on its own circuit board, and it’s shielded from the rest of the player’s guts. Does this design feature matter? You bet it does. Just look at the layout of the new Esoteric K-01 ($22,500) or the Parasound CD 1 (est. $4000) to spot similarities between those players and the much less-expensive 751BD.

As good as a product like the 751BD is likely to be, for the pure two-channel audio enthusiast I still say that connecting a computer to an outboard DAC is the way to go. The only reason I can imagine for not using that setup would be if your computer isn’t close enough to your audio system to connect them. But laptops have dropped so much in price that you can easily buy a laptop and a quality DAC and still come in under the 751BD’s $1199 price tag. 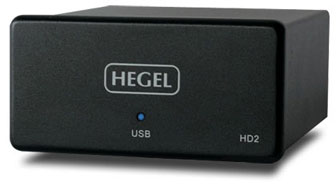 Dipping into the SoundStage! Network’s CES 2011 coverage, the new Hegel HD2 is a $350 24/96 USB DAC that, if it lives up to Hegel’s other products, will be a killer source for the money. The Blue Circle USB Tunnel ($399) and the Furutech Alpha Design Lab GT40 ($495 with phono preamp) also populate the low-price, high-quality category. A quick search reveals lots of laptops coming in under $500, so for less than $1000 you can assemble a high-end computer-based digital audio source that will smoke most disc players that cost under, say, $6000.

If you’ve always wanted the performance of a five-figure disc player for much, much less, computers also show the way forward. But the first thing you’ll need to do is buy a Mac. Though the Windows operating system has come a long way in terms of audio quality, it’s still finicky, and to get the most out of it users have to spend time tweaking their settings. For pure plug-and-play simplicity, get a Mac and install Amarra, Pure Music, or AyreWave.

Exploring this setup a little more deeply, we find that a Mac is necessary because Amarra, my choice for a software-based music player, is designed only for the Mac operating system. Amarra, or a software program like it, is a must-have -- it’s simply the best-sounding playback software I’ve heard. It’s also easy to install and use, and it switches seamlessly between Red Book and high resolution (up to 24/192 in the current version). And did I mention that it sounds phenomenal? The FireWire external drive is there for two reasons. First, Amarra recommends not storing music on the internal hard drive (making the computer perform too many simultaneous tasks is a no-no). Second, they also recommend keeping audio and storage on different buses, which is why the hard drive is on the FireWire bus and the music is on the Universal Serial Bus. 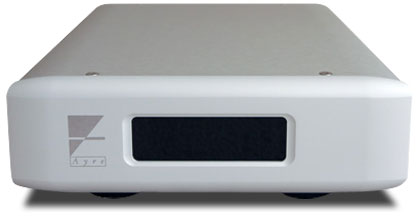 If you already have a Mac, you’ve covered a big chunk of the expenditure required to replicate a system like mine. That might free up enough money to buy a DAC of the QB-9’s caliber. Or if money’s tight, you can save a bundle by using any of the less expensive alternative DACs listed above. But if you’re Macless and you’ve had it with Microsoft, you can save money on a Mac by purchasing a refurbished model. Simply visit the Apple Store online and scroll down the page to find the "Refurbished Mac" link on the left. The selection at the time of writing offers between 15% and 26% off.

So why exactly does a computer-based digital source sound so good? The primary reason is that it eliminates the silver disc and all the problems associated with it. Think about it: Esoteric builds unbelievably stout disc transports precisely because CDs are imperfect. They aren’t perfectly round, so they wobble when they spin (your car tires are probably better balanced than the average CD). Even their center holes aren’t always centered, so they wobble even more. CDs also get dirty and scratched. Esoteric (and others) work around these problems by putting the disc in an iron grip and controlling the speed of its spin and the tracking of the player’s laser very precisely with a high-quality servo mechanism.

In a computer-based setup the original disc needs to be used only one time. After it’s been copied onto the hard drive, the disc can reside in its case, safe from dust and dirt in case it’s ever needed again (always back up your music library!). Of course the physical flaws present in most CDs also present a challenge to the computer’s disc reader, where you won’t find a massive transport structure. To overcome these flaws, computers employ error correction that can be more sophisticated than what you’ll find in most standalone disc readers. After all, the computer’s drive is connected to a full-fledged computer! That’s a lot of error-correction horsepower. Truth be told, PCs offer better error correction than Macs because they can have Exact Audio Copy, a free utility that will go to the ends of the Earth to get a bit-perfect copy. But in most cases the error-correction algorithm of Apple’s iTunes (which oversees ripping for Amarra) is more than adequate.

So what’s an audiophile with an obsolete or dying CD player to do? Coming down to brass tacks, I’d suggest that unless they have a lot of SACDs or DVD-A discs there’s really no reason to buy a dedicated disc spinner anymore. They aren’t upgradeable, and in the case of Red Book players they won’t do high-resolution audio. You also can’t download music to them, and that’s an issue because it’s going to be harder to find software for CD players in the not-so-distant future. Time is marching on. So too should your digital source!