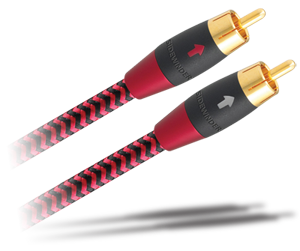 Good cables and interconnects are important parts of an audio system, and can make a noticeable difference in its sound. But listen closely now, and you’ll hear pulse rates quickening around the world as cable deniers go red in the face. Yes, friends, many passionately disbelieve in the power of good audio cables, and I was once one of them. But years of experience with many different cables has shown me the light.

It’s my belief that it’s not the idea of cables making an audible difference that’s so bothersome, but the prices charged for some of them. It’s hard to disagree with anyone who balks at cables costing thousands or tens of thousands of dollars, but what’s little known is that very few people actually buy such products. The vast majority of audio cables cost less than a decent disc player or amplifier, and are worth some of your hard-earned dollars.

Ideally, the best cable is no cable at all -- if there’s no cable, it can’t degrade the signal. But because cables are a necessary evil, the key is to find one that affects the sound as little as possible: by definition, then, the best cables do nothing more and nothing less than transmit a nearly perfect audio signal between components. In short, the job of an audio cable is the same as that of any audio component: to get out of the way of the music.

Depending on where on this big blue ball you reside, the thickness of the metal wire inside a cable is measured in gauge or millimeters. The smaller the gauge, the thicker the cable, and vice versa: You’ll find 8- or 10-gauge wire in the power cable of an electric stove, but 24-gauge in your computer’s network cable. It’s the opposite with millimeters: a 10mm wire is obviously thicker than a 1mm wire.

Here in audio we concern ourselves with two types of wire: stranded and solid-core. Stranded wire looks like rope, and is composed of individual small wires braided helically around a central axis. The more strands a wire has, the greater its ability to carry electrical current. A big advantage of stranded wire is its flexibility.

Not so with solid-core wire. Stranded wire is, of course, composed entirely of tiny solid-core wires, but we don’t tend to think of them as "solid-core," which is taken to mean thick, stiff wires. When I hear "solid-core," I think of Romex household wiring -- the kind that, when bent into a shape, keeps that shape.

Stranded wire is far more commonly used in audio cable than is solid-core, and most of those strands are made of copper, which offers the best bang for the buck in terms of cost and electrical conductivity. Conductivity is a measure of how much electrical resistance a metal presents to electrical flow, and the best conductor is silver, followed by copper, gold, aluminum, and bronze. Silver and gold are priced by the ounce and copper by the ton, so it’s not hard to understand why copper has become the electrical conductor of choice. Aluminum is a better conductor by weight, so on a very large scale it’s preferable to copper, which is why many overhead power lines are made of aluminum. The fact that aluminum is much cheaper than copper is no doubt reflected in your electrical bill (not). 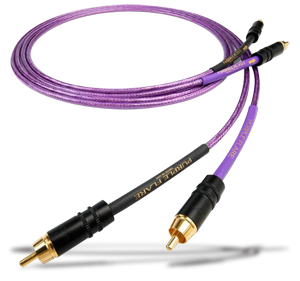 But there’s more to a wire’s electrical resistance than the metal it’s made of. Also important are the metal’s crystalline structure and the amount of oxygen the metal contains. This is why many cables are described as "monocrystal" and/or "oxygen-free" (as in "oxygen-free copper," or OFC). A mono- (or single-) crystal cable comes through the refining process with the metal’s crystal lattice structure unbroken throughout its length of, say, a meter or two. By contrast, a polycrystalline structure would feature many more crystals in the same volume of metal. Just as a thicker cable presents less resistance to electrons, so too do single crystals.

In metals such as copper and silver, whose molecules easily combine with oxygen molecules in a process called oxidizing, oxygen is considered an impurity. Purifying the metal of oxygen makes for a more conductive wire. To be considered "oxygen-free," copper must contain less than 0.001% oxygen content and be 99.9% pure copper. By contrast, the copper used in household wiring, so-called "electrolytic tough pitch," is permitted to have as much as 0.04% oxygen content.

Many audio cables -- such as DH Labs’ BL-1 interconnect, a perennial favorite -- are copper wires encased in an outer layer of silver, as commonly used in jet fighters and missiles. This type of assembly is used because when silver inevitably oxidizes, the resultant silver oxide is still electrically conductive, but when copper oxidizes, the tarnish is a very poor conductor; the outer layer of silver keeps the inner copper pure. It also mitigates the skin effect, which I’ll get to next month.

A new trend in audio metallurgy is mixing silver and gold. On the face of it this seems a bad way to go -- silver is highly conductive, gold only middlingly so. Nonetheless, some swear by the stuff, and Mundorf, a respected maker of cables and passive parts, has thrown its weight behind the admixture. Having never heard their cables, I can’t offer an opinion, but I do know that with the high price of gold, the silver-gold stuff isn’t cheap. Not new but also interesting is the use, by companies such as Furutech, of phosphor bronze for connectors. Bronze is also a middling conductor, but its stiffness is a major advantage: an RCA plug of high-purity copper or silver will be much more fragile and prone to break than one made of phosphor bronze.

One of the most important aspects of wires is their shape. As you know, most wires are circular in cross section, but some manufacturers say that round wire is a bad thing and prefer their wires to be rectangular. Others weave round wires into a hollow oval shape. Both ideas are designed to mitigate some of the adverse electrical properties, such as the skin effect, that afflict round wire.

If the composition of the wire inside a cable is important, so is the material used outside the cable as insulation. One of the most important electrical insulators used in audio cable isn’t visible to the naked eye: a clear varnish that’s applied to each small wire in a stranded cable. Wire so treated is commonly called Litz, which is short for the German Litzendraht (stranded wire), and by far the best known user of the stuff is Cardas Audio. As we’ll see later when we look at some of the electrical properties of wire, insulating individual strands is another way of dealing with the skin effect and the equally insidious proximity effect. That’s the upside. The downside of Litz wire, if only for those who have to solder the stuff, is that all the varnish on the end of each strand must be burned off before the wire can be soldered to a connector. This might explain why few cable makers use it. 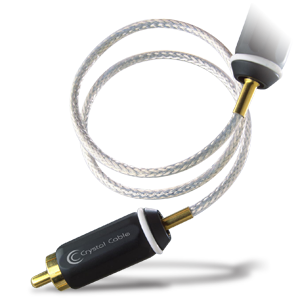 All kinds of insulating materials (or dielectric) -- from unbleached cotton to Teflon -- are used in audio cables, and there is probably an equal number of arguments to explain why each is superior to the rest. The one insulator that everyone seems to agree is the best of all is air -- i.e., no insulator at all -- which may explain why transmission lines aren’t insulated, except where they touch towers and enter buildings. But because it’s not feasible or safe to use uninsulated wire for audio cables, or for most other electrical purposes, we have to go the same route as with metals: use the insulator than does the least harm to the sound. It seems that most audiophiles who give insulators a second thought agree that, compared to insulators such as PVC and Kapton, it’s Teflon, aka polytetrafluoroethylene (PTFE), that "sounds" the best.

Teflon is expensive when compared with lower-grade insulators, so where it’s used, it tends to be found encasing the conductors at only the central core of a cable, and then is itself encased in a cheaper material like polyvinyl chloride (PVC). Teflon is most often extruded over wires, but in some cases Teflon tape is wrapped around them. Another thing many people agree on is that Teflon-insulated cables take longer to break in than those insulated with something else.

Aside from the "sound" of an insulator, more practical concerns are the material’s toughness and how airtight it is. Where cables are abused, as in concert halls, a tough outer insulator is a must. In the home, where resistance to abrasion might be far less important, a far more delicate material can be used -- cotton, say. Companies like Jupiter use insulators of cotton and silk because they say these have a more natural sound. That may be, but a major disadvantage of permeable cotton is that the underlying metal will oxidize much more quickly than will that of a cable insulated in some sort of airtight polymer. This problem can be somewhat mitigated by using oil-impregnated cotton or silk.

Who knew there was so much to learn about cables? In coming editions of "Audio 101" I’ll talk about the electrical properties of wire, twisting vs. braiding, shielding vs. active shielding, the skin and proximity effects, whether or how much the size of a speaker cable matters, and much, much more.