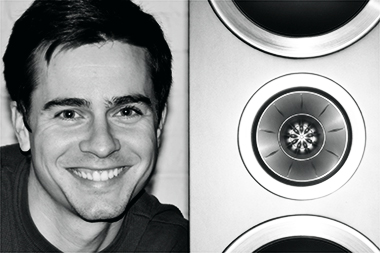 I wasn’t looking to sell the omnidirectional Mirage OMD-28 loudspeakers that, less than two years ago, became my references. In fact, I’d bought them before I began writing for the SoundStage! Network, with the intention that they would last me a decade or more. So much for that. My reviews for GoodSound! and the other sites under the SoundStage! banner have exposed me to a wide range of audio products, while my show coverage has allowed me to hear more gear than I could ever hope to at a local dealer. While it’s all been a gratifying experience, it has also highlighted the rapidity with which speaker design has improved since the Mirages were released in early 2007. With the OMD-28s no longer available for sale, I decided to move them on to a new home and start anew.

I knew what I wanted in a new reference speaker. I wanted something that looked distinctive but not obnoxious. I wanted to retain as much as possible of the Mirage’s bass: pounding, if slightly loose. More than anything, I wanted to hear as much detail as I could from my music collection. Finding a model that met these criteria wasn’t difficult -- my problem was how to choose one from the crowd.

For example, I found appealing the electrostatic panels of MartinLogan speakers -- such as their ElectroMotion ESL, which I reviewed a few months back. While the integration of the panel’s output with that of its passive 8" bass driver was less than ideal, I’ve heard some of the Kansas company’s more expensive offerings, which include powered bass sections, and have been impressed with their sound. Ultimately, their dipolar sound is a polarizing issue (sorry): some instantly take to dipoles, but others, me included, can never warm up to them.

Or what about something from Bowers & Wilkins, or Sonus Faber? Both companies make speakers with alluring designs and inviting sound. Nearly everything sounds good through those things -- rich, warm, and clean -- and the Sonus Fabers, in particular, tend to look like pieces of fine art, and embody a characteristically Italian sense of style. I used to knock such warmth -- in principle, I don’t want equipment to color my music in any way. Yet even my Mirages possessed this velvety quality, which I’ve found so damn relaxing.

Speaking of relaxing, GoldenEar Technologies’ Triton Three was a very strong performer for $2000 USD per pair, and I figured their Triton Two ($3000/pair) might be a good fit for my large listening room. Definitive Technologies’ BP-8080ST ($3000/pair) was also an option, though one with a sonic flavor different from that of the soothing, expansive GoldenEar. The DefTech’s aluminum tweeter has a bite, a crispness that I like, and its bipolar design would be a convenient follow-up to my Mirages. Yet for each speaker’s terrific price/performance ratio, their active bass sections wouldn’t be ideal for reviewing references -- their bass performance would always be the same, regardless of what changed in my system or what sort of product I was reviewing. A passive speaker was in order.

As names such as Dynaudio, Revel, Focal, and Vienna Acoustics came to mind, along with a raft of others, I realized something: I could happily live with speakers from any of those manufacturers. (For those interested, four of the nine companies I’ve mentioned so far sponsor the SoundStage! Network; five do not.) My time at GoodSound! has shown me that there are a lot of quality loudspeakers out there. Most people agree that there is at least a strong correlation between how a speaker measures and how natural it sounds. Of just those mentioned above, some measure flatter, some are built better or look nicer, and some might have more of a sonic personality than others. Each interprets recordings differently from its competitors, but in the end, these are idiosyncrasies rather than faults. The truth is, most speaker companies make pretty good products.

Of a speaker costing about $2000/pair, the buyer should expect that it do nothing wrong. It may not be the most revealing, offer the deepest bass, or be as beautiful to look at as the state-of-the-art designs, but its crossover should be good enough that its tweeter(s) seamlessly hand off to its midrange driver(s) without you hearing that transition. It should play loudly and cleanly, with no distortion until you reach a volume level that pisses off your neighbors. And at no point should you want to turn it off because it sounds comprehensively inaccurate. In other words, you might not be fond of a well-designed loudspeaker, but that wouldn’t make it bad. Perhaps this is too relativistic, but I truly believe it.

What’s fun about reviewing loudspeakers and hearing them at audio shows is that, even among a selection of very good ones, some stand out. Some are distinctive for their appearance -- such as Opera Audio’s Linea Classica. These Italian-made speakers are gorgeous for $1200/pair -- their beautiful wood finishes and soft leather faces front a sound that’s as sweet as you’d like. Or KEF’s LS50 ($1500/pair) minimonitor that betters the sound quality of some bookshelf models costing five times as much. Even the modest Audioengine A5+ ($349/pair) is worthy of excitement, what with its aspiring high-end sound and thoughtful connectivity. 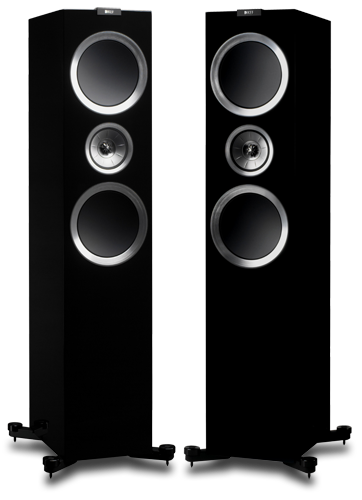 Last month, when I finally bought my new speakers, I hadn’t yet heard them. I’d listened to another model in the same line, but for no more than five minutes at a recent audio show. I read reviews and sought the advice of a few fellow reviewers, and that was enough for me to make up my mind. My new reference loudspeaker is KEF’s R900 ($5000/pair). Its coaxial Uni-Q driver, which comprises a waveguided aluminum tweeter at the center of a 5" midrange cone, is as good a unit as I’ve heard. It sounds neutral all the way down to the bass, where it hands off to the R900’s two 8" woofers, which sound so quick. This British speaker is modest in looks, and doesn’t sound as exciting as some speakers on offer from the manufacturers listed above. Its bass is more taut than pounding. Its tweeter is more clean than crisp. And the midrange doesn’t have that lush quality that makes everything sound better; on the contrary, it’s now easier than ever for me to hear just how bad some of my favorite recordings are. But at the end of the day, the KEF R900 is honest, and that’s what I want from my reference -- others may want something different.

When I travel to Las Vegas next week to cover the annual Consumer Electronics Show, I’ll be scoping out affordable, reference-level speakers for GoodSound!’s 2013 review queue. I suspect that they’ll take a variety of forms, and that they’ll run the gamut of reproduced sound -- as always, the high-end industry’s newest offerings should make for some interesting reading. Beginning January 7, check out SoundStageGlobal.com to catch all the action.