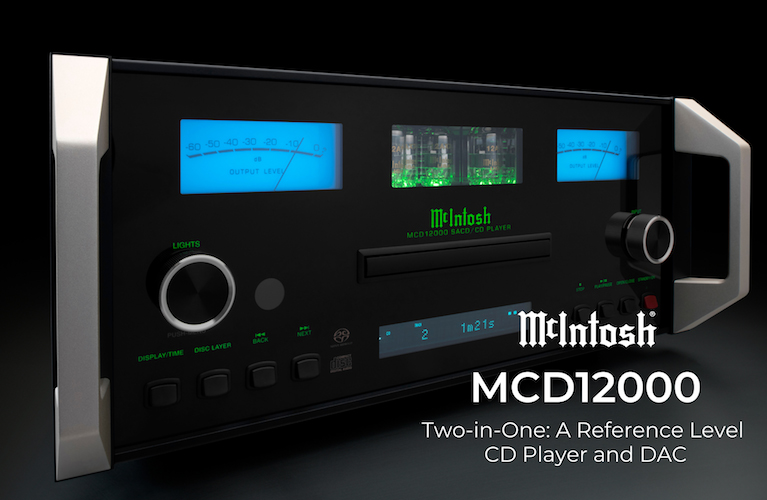 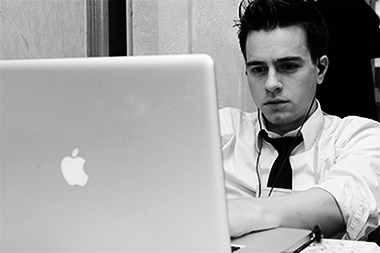 My return from providing coverage for my first Consumer Electronics Show (CES) on my first trip to Las Vegas leaves me reflecting on a number of points. First is the utter depravity of a town whose unofficial motto is “What happens in Vegas stays in Vegas.” Walking down the famous mile-long main strip leaves one aurally and visually bombarded: flashing lights that must be hell for epileptics, flyers advertising busty young women who promise to challenge the visitor’s moral purity, music blaring from casinos and retail outlets -- after almost a week in the barren state of Nevada, it all grated. Were I still 21, I might have found the skin-deep, alcohol-infused atmosphere more enticing. Instead, the nicotine-laden air left me in perpetual need of a shower. Different strokes, I suppose.

I found the high-end audio corner of CES far more appealing, though even there I had reason to feel jaded. Diminutive $48,000/pair loudspeakers that sounded more like $1500/pair? Check. A $38,000 CD player? Yep. Worst of all were two giant yellow monstrosities peddled by a young man who could offer little in the way of compelling detail about why his speakers, with their off-the-shelf drivers, cost $160,000/pair. Much of what I saw was unfettered bullshit, with “manufacturers” who slap on products arbitrary price tags that are in no way commensurate with those products’ build quality or performance. Yes, I did see some higher-end companies that are undoubtedly exploring the state of the art of audio design, and for whom an argument can be made for asking premium prices. But at CES, you have to wade through the garbage to find the good stuff. 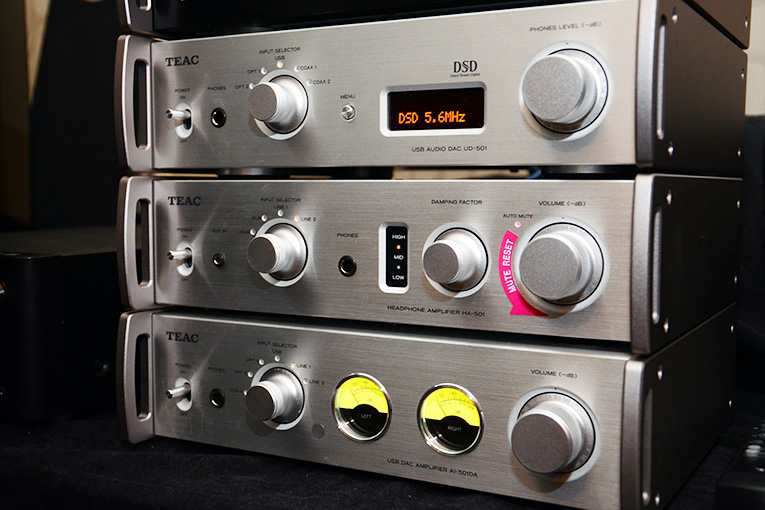 And there were many products there that looked attractive, high-performance, and affordable. NAD, NuForce, and TEAC were all showcasing class-D inspired hardware for under $700 that look decidedly upscale and promise quality sound. These small components would be perfect for bedrooms, offices, or -- with the right speakers -- even living rooms. They’re not traditional audio products, and that’s a good thing; the beginnings of good sound don’t necessarily need to come from cumbersome, spouse-unfriendly hardware. 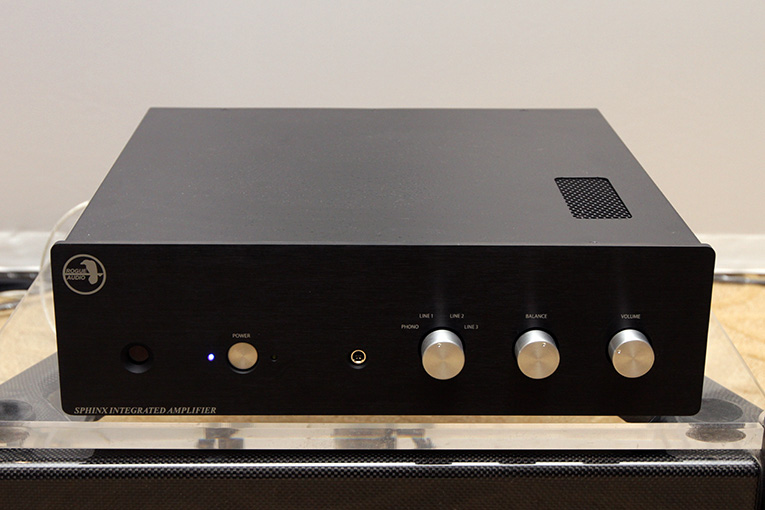 At CES I saw that even the traditional integrated amplifier has been reimagined. Rogue Audio introduced the Sphinx, a hybrid integrated that marries a tubed input stage to a Hypex class-D output stage to generate 100Wpc, and includes an MM/MC phono input and a headphone amp, all in a metal chassis for $1295. I’ve requested a review sample; the enigmatic Sphinx has the potential to be a strong performer, and is made less than two hours away from my home in Philadelphia. 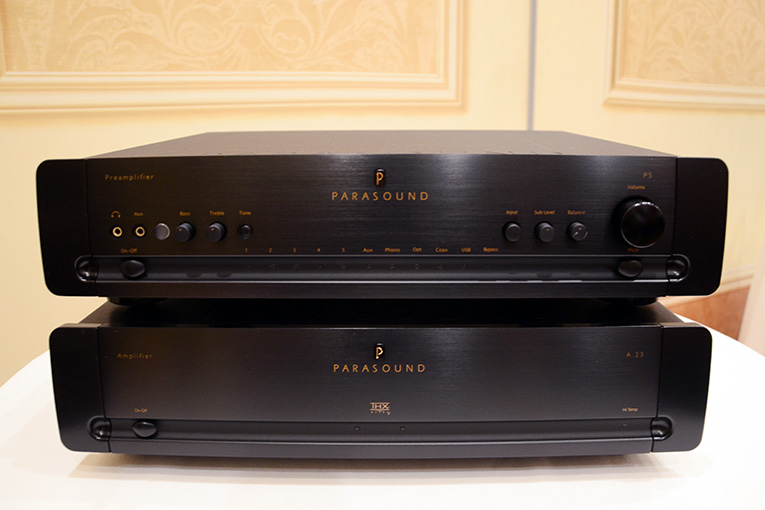 Preamplifiers with built-in digital-to-analog converters were also thick on the ground, with Parasound’s Halo P5 looking particularly able. The P5 has six unbalanced inputs (including phono), one balanced input, single-ended and balanced outputs, dual single-ended subwoofer outputs, and its built-in DAC has USB, coaxial, and optical inputs. The price? A miserly $1400. Musical Fidelity’s M1SDAC ($1499), also on display, features USB, TosLink, coax, and AES/EBU digital inputs, along with two RCA analog inputs and a built-in headphone amp. I don’t think any of the many other preamp-DACs shown in Las Vegas came close to these two in terms of price or connectivity. 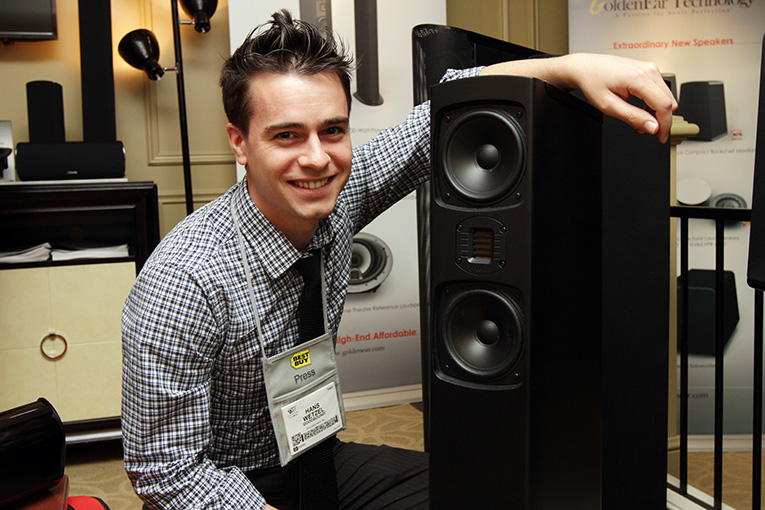 In the loudspeaker department was GoldenEar Technologies’ new Triton Seven tower ($1398/pair). Unlike the larger Triton Three ($1998/pair), which I reviewed last year, the Seven is entirely passive. Featuring in each small cabinet the Maryland company’s well-regarded High Velocity Folded Ribbon tweeter, two brand-new 5.25” midrange-woofers, and two 8” passive radiators, the Seven offered big, big sound, with bass that led me to ask if a subwoofer was playing in the room -- an amateur move on my part. The answer was, predictably, “No.” Roger Kanno will review Triton Seven in the coming months; don’t be surprised if he finds that it approaches the performance of the powered Triton Three. 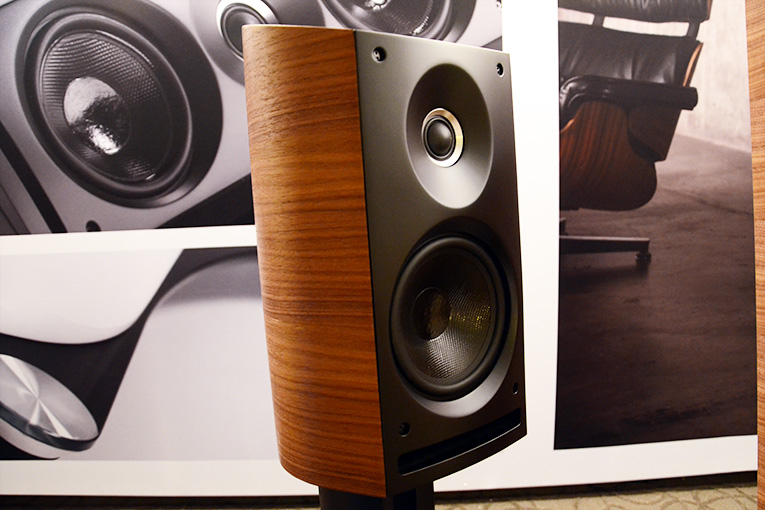 Perhaps my pick of the show was Sonus Faber’s Venere line. These speakers were announced last year, with the Venere 1.5 ($1295/pair) as the entry-level model. It wasn’t until CES 2013 that I saw the little guys, and sheesh, do they look good, and I don’t mean for the price. They looked and felt terrific, with a 1” soft-dome tweeter and a 6” midrange-woofer slightly recessed into the front baffle. The tapered cabinet is a pretty sight, and based on what I heard from the slightly larger Venere 2.0 bookshelf model, Sonus Faber has enshrined in these newest creations their signature sound, which had an alluring quality that was hard not to appreciate -- yet the 2.0 also proved relatively resolving. With looks to kill and a high-end demeanor, the Venere line -- and especially the 1.5 -- seems to embody the best of both worlds. With a little luck, a pair of Veneres will be reviewed on GoodSound! later this year.

As for Vegas, I’m not sure I’m keen to go back. I’m no prig, there have been times when my own brand of vulgarity would fit right in at Harrah’s Casino (where I stayed), and my youthful taste in music likely wouldn’t go down well with all the aging exhibitors I saw at the Venetian. But in the end, I just don’t belong. I’m an East Coast bloke through and through, and one who likes value for money. When a 24oz light beer cost $10.81, and the odds on the casino floor never quite reached 50/50, I was always going to be looking forward to my return flight to Philadelphia. Luckily, before I left Vegas, I remembered to pack in my bag a long review queue that I’d drawn up for GoodSound!. I think it’s going to be a fun year. Soon enough, I think you’ll agree.