It was exactly a year ago that I dedicated this space to Devialet’s Phantoms, two versions of a loudspeaker (Phantom, $1990 USD each; Silver Phantom, $2390 each) that I suspected could be a watershed product for the hi-fi scene. I said then that I was looking forward to getting review samples early in 2015, but, as so often happens, the time between the announcement of a new product and the date it actually begins to ship to customers can be long. Not until mid-November did a pair of Silver Phantoms arrive at my door. Nonetheless, it’s worth exploring what this French company has been up to since that last time I wrote about them. 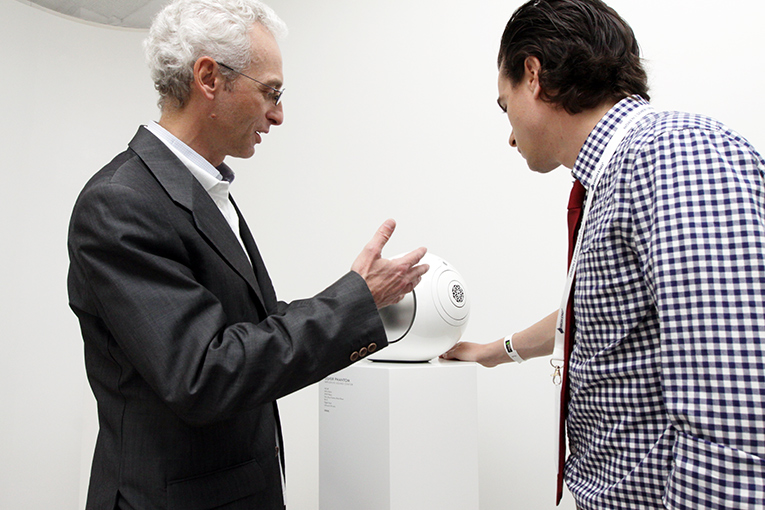 Devialet’s marketing strategy for the Phantom has been very different from what they did for their Expert line of amplifiers, about which I raved in 2014. Far from seeking reviews in traditional high-end publications, Devialet pitched review samples to such consumer-friendly outlets as Bloomberg, SlashGear, TechCrunch, and Wired. In each instance, the Phantom was pitched as a single monaural speaker intended primarily for use with Bluetooth, or with Devialet’s dedicated application, Spark. Predictably, reviewers at those publications were generally quite pleased with the sound quality, but not so in love with the software integration -- and they seemed a bit unsure of who the target audience for such a product might be. In their August 2015 issue, the UK’s Hi-Fi Choice published a review of the more powerful Silver Phantom that seemed rather light on critical evaluation, though at least Devialet had sent them a stereo pair.

Consumer reactions were somewhat more colorful. One comment on the review posted on 9to5mac.com read, “Man that thing is ugly and looks so cheap. And then it doesn’t even have [Apple] AirPlay support. Ridiculous imo [in my opinion].” An audiophile commenter on AppleInsider.com’s recent review wrote, “Companies and products like this get by (and thrive) on the fact that people don’t normally come across true mid- to high-end audio. The offerings of any reasonably ‘sound’ audio company at that price range would not just be better than this speaker, they would be in another league altogether.” My favorite response to the Phantom, by a country mile, came from a poster on whatsbestforum.com: “Finally heard these speakers. Sounded a lot like an 80’s ghetto blaster to me. Maybe it was the room.” Thoughtful, sensitive, and insightful responses like this are what make the Internet such a delightful place. 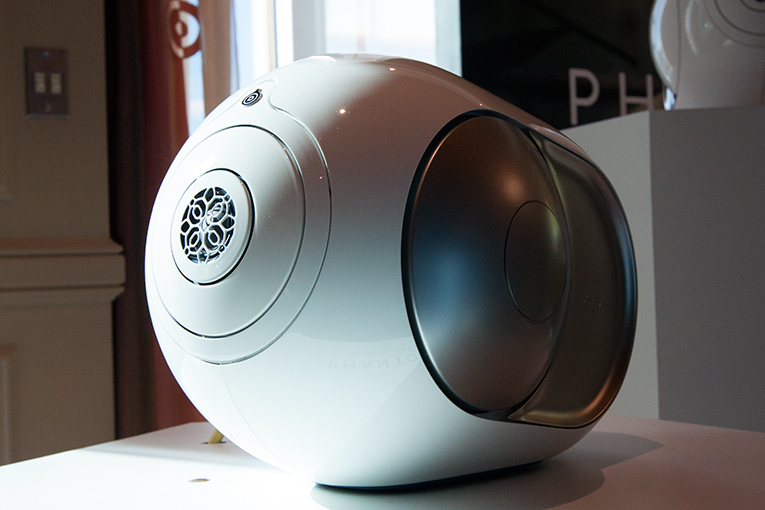 Nor has Devialet done itself many favors. Early software integration appears to have been far from perfect, no doubt complicating the reviewing process. The fact that the Phantom was at first marketed as a single speaker rather than as a stereo pair, presumably due to the steep asking price of $1990-$2390 per speaker, made the proposition a curious one. And the Phantom’s sci-fi appearance, to say nothing of the myriad, eyeroll-inducing acronyms that go along with it, do little to bolster potential buyers’ confidence that the Phantom is a good, high-quality product. Seriously -- how can any product whose accompanying literature touts its Heart Bass Implosion, or HBI, possibly appeal to anyone with basic critical-thinking skills? If I said that my response to reading about HBI was, “Yes, this sounds entirely legitimate, and not at all like marketing nonsense,” I’d be lying.

And that’s the crux of it. It was always going to be difficult for Devialet to make a truly pioneering loudspeaker -- in terms of physical profile, marketed presentation, and sound quality -- that would appear to be something special. The lack of attention from audiophiles -- many of which have supported the company’s efforts from its inception -- seemingly due to Devialet’s decision not to send them samples, has meant that the Phantom’s sonic merits have yet to be appraised by anyone who knows what they’re talking about.

Devialet clearly has high hopes for the Phantom -- they’ve invested tens of millions of euros and several years into making it a reality. It’s a shame that the product’s rollout has been, from the outside looking in, so haphazard. It would hardly be a tragedy if this were just another big, passive loudspeaker, or an allegedly cutting-edge amplifier. But there’s nothing remotely like it in the marketplace, it promises massive performance, and Devialet’s track record is, for all intents and purposes, flawless. 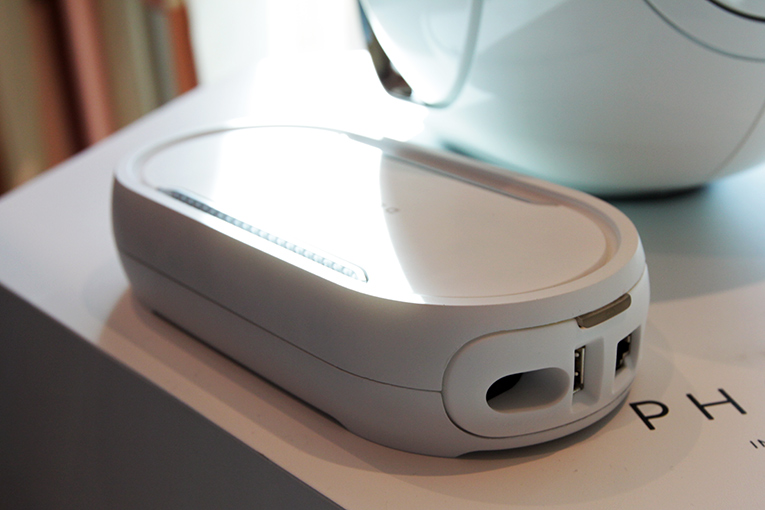 Having used a pair of Silver Phantoms and the requisite Dialog hardware for the past six weeks, I feel comfortable in broadly responding to the keyboard critics I’ve quoted above. Is the Silver Phantom a ghetto blaster? No. Just . . . no. Are the offerings of other contemporary audio companies “in another league” in terms of sound quality? Emphatically not. I have reviewed speakers made by some of the industry’s most respected names, and while it might be premature to compare the Silver Phantom to statement-level, state-of-the-art speaker designs, it would be an injustice to blithely dismiss it as a mere lifestyle product. Indeed, the Phantom’s significance is, at the very least, on a par with the company’s universally adored Expert line of amplifiers. Is it ridiculously overpriced? If anything, the Silver Phantom may be something of a bargain.

My review will be published here on February 1, 2016. I intend for it to be the most comprehensive review of the Silver Phantom to date. If I sound excited, it’s because I am. Despite the amount of e-mail I receive about KEF’s loudspeakers and Hegel Music Systems’ integrated amps, I don’t favor certain brands over others, only certain products over others. In many ways, the Phantom has no competition, because it’s the first of its kind: a configurable, updatable, full-range, small-profile, wireless loudspeaker with a true hi-fi pedigree. Judging the merits of such a product asks that a listener come armed with something that audiophiles often lack: an open, unprejudiced mind willing to sever longstanding ties with the comfortable safety of convention and embrace the new. I’m hoping to track down one of those before I start writing in earnest. I assure you, however, that whatever I come up with will be well worth reading.