It’s laughable in retrospect. Parents and grandparents always seem to get starry-eyed when reminiscing about the past, while brows instantly furrow at the mention of some new trend or a popular young whippersnapper doing something unspeakably stupid. It’s funny when you’re a kid, because it’s just old people being old. I think at some point, though, we all become keenly aware, even if we’re unwilling to admit to anyone else, that we are growing old. It’s as if the world around us is slowly turning from a comfortably familiar womb to an alien landscape littered with all manner of the unfathomable. Apropos of this, enough real world experience should be instructive on two main points. 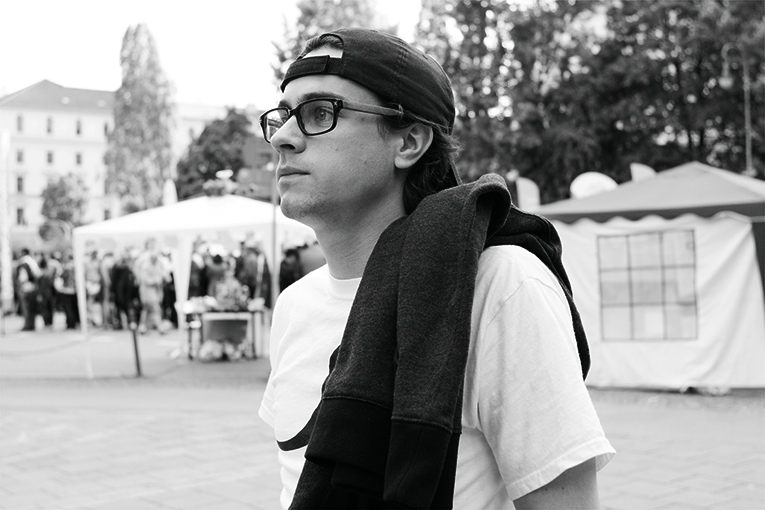 The first, and perhaps most important, is that self-interest is the default human setting. Our species hasn’t navigated itself through the long, contorted road of evolution via a deep-seated sense of altruism. No, while family units and communities may offer refuge and security in numbers, deep down, we’re hardwired for self-preservation. Our global political and economic systems are predicated on this principle, with the driven and the selfish, generally, rewarded for their endeavors. The wrinkles in either setting appear only in the form of architecture and the type of rules and enforcement measures that are in play.

The second point is that most people don’t want to think. The Internet has spoiled an entire generation with more knowledge and potential wisdom than could be accrued in 1000 lifetimes. Yet there is so much information and content, from so many different sources, that it takes tremendous mental effort and stamina to sift through the background noise to unearth even the smallest morsels of relevance and illumination. It’s far easier to have someone else tell you what to think in pithy and easily ingestible (if not digestible) portions, than to do the heavy lifting of self-discovery and personal enlightenment on your own. I can’t help but dwell on these two points, as inextricably linked as they are, in the current political and social climate here in the United States. It’s insufferable.

The political terrain is a wasteland where moral compasses see no true north, while facts and data, the bedrock of the scientific method that has powered the technical innovation from which we reap so freely, are mere inconveniences to be swatted away like gnats. They’re occasionally annoying, to be sure, but quickly ignored if something else can draw our attention. Policy discussion, as dry and emphatically unprovocative as it is, also happens to be the most substantive and tangible topic that a presidential candidate can discuss, as it will impact the day-to-day lives of Americans across all walks of life. Befuddlingly, most Americans seem to care little about the low-level details of a given political platform, and instead appear to follow their gut. Personally, I think that’s a fine strategy for choosing which ice cream flavor to try, or what pair of sneakers speaks to you as an individual; it is less effective when electing someone making decisions with national and international repercussions.

Social discourse is perhaps even more dysfunctional here in the States. Social consciousness is at an all-time high, with previously hot-button topics being propelled fervently into the mainstream. Admittedly, change is difficult for most, impossible for some. But it’s as if political correctness has been put on a bodybuilding-sized dose of steroids, and grown from a genteel, shoulder-borne creature whispering quiet advice to an ever-present monstrosity that bellows at any and every instance of perceived slight. I feel compelled to note that much of our global population lives markedly harder and more monochromatic lives than we fortunate few ever will. Indeed, over 700 million people on this planet of ours cannot even claim to have clean drinking water. Yet when famed actor, director, and bitter-old-man-on-his-rocking-chair-next-door Clint Eastwood recently stated in an interview with Esquire that we’re living in the “pussy generation,” with everyone “walking on eggshells,” the blowback he received for it was almost entirely down to his inherently sexist delivery rather than the underlying premise of his argument. Eastwood proved his own point effectively, if not artfully. 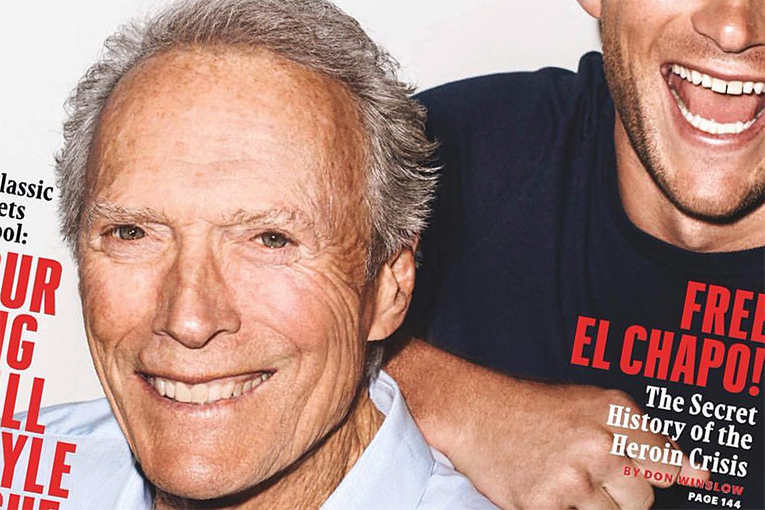 I’d like to think that the corrosive political and social “discussions” -- if you can call them that -- that take place today are somehow worse than they were at contentious points in the past. The more that I learn about local and national politics, economic policy, and the financial interests behind most of the major media outlets here in the US, the more disheartened I become. Yet I doubt that those who participated in this country’s civil rights movement or women’s suffrage movement would have much in the way of sympathy for me; it’s all relative.

And therein lies the rub. It is all too easy to focus on the discord, discontent, and tragedy. Getting mired in petty minutiae or turning ad hominem are natural impulses. We live in an age where proper criticism goes unread, unheard, and unappreciated, as the spotlight shines on the pandering and the vulgar among us who win our attention, at great cost to everyone and everything else. Yet progress comes about not by ignoring or dwelling on these vital struggles, but merely by acknowledging them, and attempting to transcend them.

I’m betting that for many audiophiles, music is an escape from the background noise of our daily lives. The horrors on the local, national, and international news; issues at work; and issues at home probably all fall away from the fringes of our consciousness as we wiggle into an inch-perfect listening position in front of our systems. The sweet tonic of Miles Davis or Sergei Rachmaninoff lap at our golden ears, as we marvel in the majesty of the greats, rejuvenating with each new song and album that is queued up. There’s something deeply cathartic about getting lost in a musical rabbit hole. My mood serves as a musical rudder, and while I sometimes navigate my way back to a healthy baseline, just as often I’ll have worked myself into a deeper hole, or achieved greater heights than when I started. 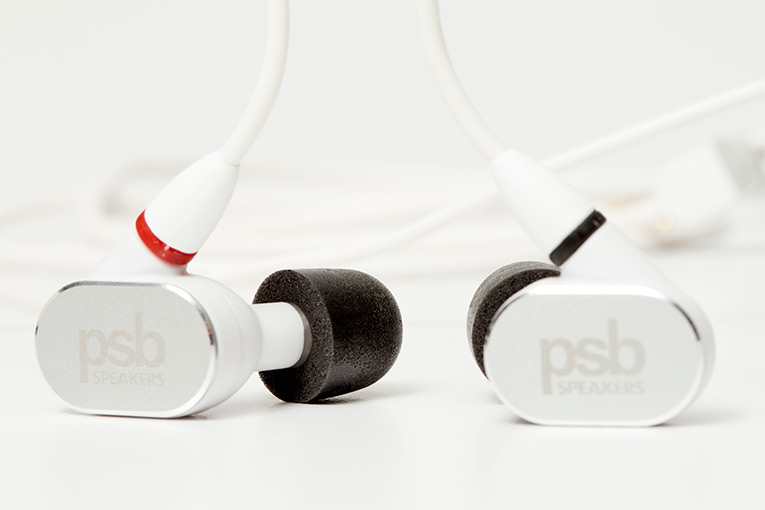 What I’ve found in the past couple of years, though, is that when I take my musical excursions on the go, I most always return better for it. Walks or runs in my hometown of Philadelphia, accompanied by my trusty iPhone 6 and PSB M4U 4 earphones, allow me to experience a far more genuine human experience than anything I’ve read or heard in the news that day. Whatever critical thoughts I have swirling in my small and narrow mind are instantly forgotten when I see children innocently toddling about with a parent picking them up after school, friends laughing over coffee at an outdoor café, or a new couple still delicately feeling one another out on a date. Even difficult scenes, like an utterly defeated-looking student, someone in an argument on the phone, or the occasional raw tears that you’d never think to see in public, are comforting to me -- I've been there, or at the very least can empathize. This is to say nothing of rustling trees and cool breezes, as the sunlight fades over the horizon, illuminating the river and bustling, sparkling skyline.

All the while, Tidal and iTunes have been providing my soundtrack, one that takes on new meaning and impact when I’m not staring at the bright blue readout of my Hegel Music Systems amplifier in a dark, quiet room. While there will always be a time when nothing else but a proper hi-fi system will do the trick, I admit to often preferring headphones and earphones to massive loudspeakers and thick, metallic amplifiers. I don’t think of them as a substitute for the “real” audiophile experience. In fact, my little PSBs fill the small but vital role of helping me to see the wealth of grace, beauty, and serenity in this world. They’re a lens, rather than an avenue of escape, and given the charged times in which we live, they’re not only welcome, but necessary.