Want to Buy a Turntable? Here's What You Need to Know -- Part Two

In January, we opened the door to the possibility of buying a vinyl-playback system to those of you who’ve never had one. I discussed numerous considerations, and some of the nuts’n’bolts of turntable ownership. Today, we continue . . .

I’m a newbie to vinyl. What’s my best cartridge choice?
A general rule: If you’re new to vinyl, get a good moving-magnet cartridge. Many reasonably priced MMs are available, from Audio-Technica (who have the largest selection; look at the AT95, AT100, AT120, AT440), Ortofon (their OM series, and the 2M Red or Blue), Shure (M97xE), and Sumiko (Black Pearl, Oyster, Pearl).

Today, Audio-Technica, Grado Labs, and Ortofon seem to be the main makers of plug’n’play cartridges. In my experience, Grados offer a warm, mellow sound, but they can hum like crazy in the wrong situation. However, a PnP ’table that includes a Grado probably won’t be trouble. 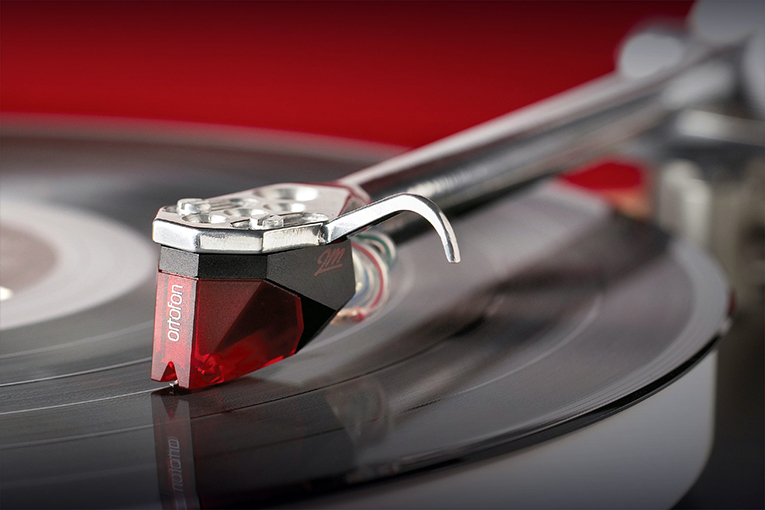 Ortofon cartridges have a good reputation for excellent sound and reliability. I can’t personally vouch for the brand, as I’ve never listened to their cartridges, but I hope to in the near future.

Audio-Technica cartridges are very common, and always have been -- even when digital seemed to be taking over for good, A-T never stopped making phono cartridges. Another reason for their popularity is that A-T’s cartridges are good, solid, no-nonsense transducers. I’d prefer one of their higher-end models, such as the AT440MLB, over the typical AT95, but I’m not that fussy. My question is always this: Do the cartridge and turntable reproduce the soul of the recording? For me, A-T cartridges usually do. 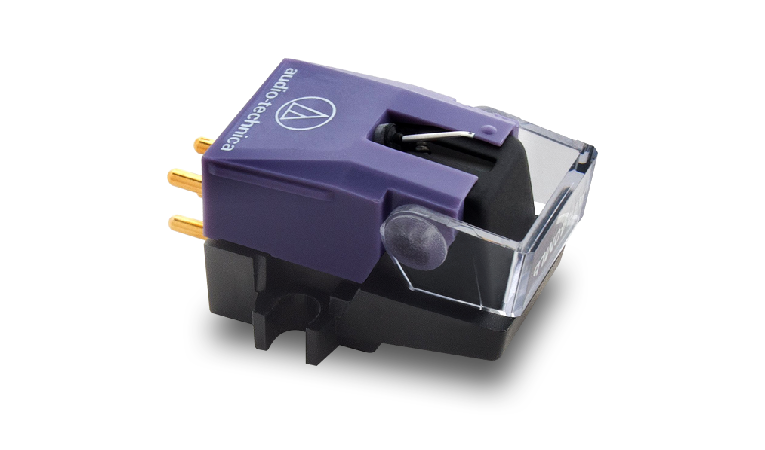 I have a bias against moving-coil cartridges. Their proponents claim that they provide the purest sound, and their reasons are convincing. The fact that an MC’s cantilever needs to move only very light coils rather than a (relatively) heavy magnet makes them more sensitive to the modulations in the groove, and thus more likely to accurately reproduce the sounds those modulations represent.

But MCs have some serious drawbacks. First, they tend to cost more. That makes sense -- they’re more difficult to make than MM or MI (moving iron) cartridges. Second, with an MM or MI, you pull out the stylus mount and replace it -- no sweat, no hassle -- but MC styli are not usually replaceable by the user, who must remove the cartridge from the tonearm and send it back to the factory for refurbishing. In the meantime, the user must go without playing records -- or have on hand a backup cartridge, which probably will be an MM.

Third, as mentioned previously, MC cartridges generate electrical signals so weak that they require a big voltage boost from a pre-preamplifier or step-up transformer. Increasing the gain on a preamplifier -- whether in one stage or in multiple stages -- will inevitably add noise and distortion. Step-up transformers convert the low-voltage, high-current output of an MC cartridge into a higher-voltage, lower-current signal -- more like what you get out of an MM -- but they introduce altered frequency responses and subtle distortions of their own. Either approach is generally expensive to do right. 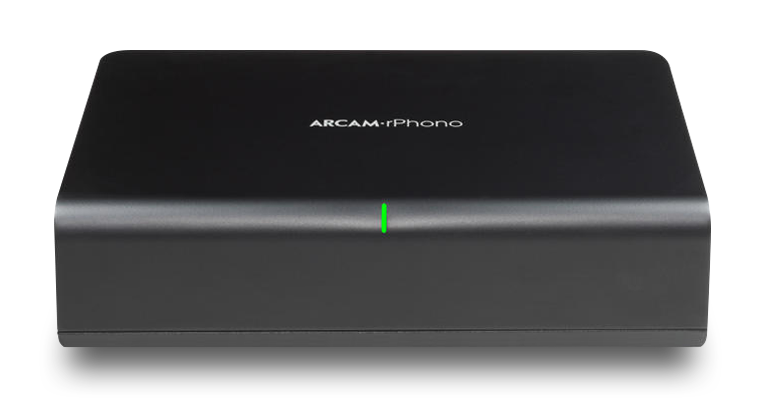 Finally -- and this is a big deal for me -- MC cartridges tend to have very low vertical and horizontal compliance. This means that they’re stiffer than MMs and MIs -- and the stiffer the cartridge is in the groove, the more it can damage the groove. And MMs usually need to track at greater vertical tracking forces (VTFs) than do MMs, another cause of increased groove wear.

As a wise person once said, “You pays your money and you takes your choice.”

What else you’ll need for a turntable
You have your new turntable. Its cartridge is nicely mounted and accurately set up. You’re groovin’ on some LPs.

But you can’t stop there. Owning vinyl requires a modicum of care and attention to detail.

Be gentle! Vinyl is a soft material. Accidentally drag a stylus across a disc and you’ve probably added an unwelcome click with each rotation of the record. Accidentally drop the tonearm on the record’s surface and you’ve added a major pop or even a skip. If, like most turntables, yours offers a cueing device that gently lowers or raises the tonearm, use it.

I have to clean my vinyl? Oh yeah. Few things can ruin the pleasure of listening to LPs more than clicks, pops, and surface noise in general. Much of that noise is caused by microscopic dust particles in the groove. But never fear -- there are many ways of keeping your records clean. Here are a few, in order of increasing cost:

Record brush: Many people swear by these, the most common being the Decca brush, available at many audio specialists. Others simply swear at them, claiming that all they do is grind dust deeper into the groove. In my opinion, such brushes are fine with recordings that have been played ten or fewer times. Any dust is probably recent and not strongly affixed to the groove. 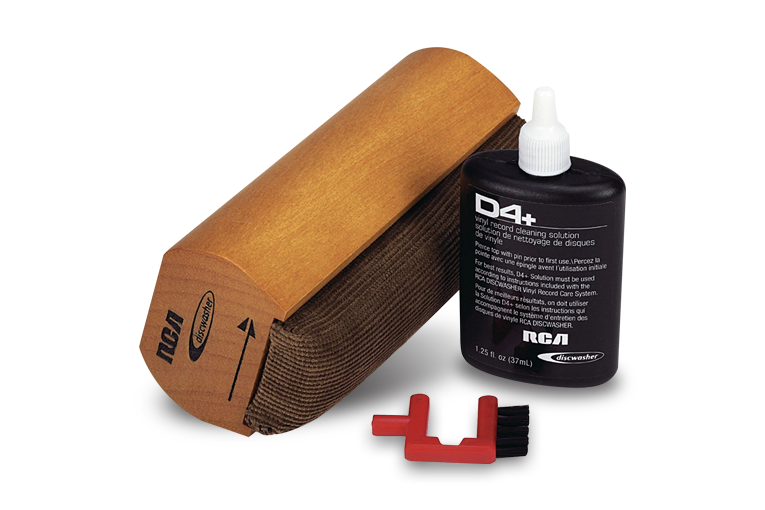 Pad plus liquid: In other words, the Discwasher, which consists of a wooden handle shaped to fit the hand, in the base of which is a pad covered in a layer of microfiber. Apply the Discwasher cleaning fluid to one edge of the pad, disperse it along the edge with the bottom of the bottle, apply that edge to the rotating record until the fluid has been spread across the LP’s entire surface, and then use the pad to pick up any dust. It works adequately on discs that are relatively clean or are given this treatment before each playing. I use this system because I have very few heavily played LPs. Pro: The Discwasher is fairly inexpensive, and does a decent job on discs that have not seen heavy use. Con: Older discs and/or frequently played records won’t see much improvement; they’ll need a more serious cleaning.

Record-cleaning machines: A number of these are available, at prices from $100 to $4000 -- not chicken feed. But sometimes you can catch a break. One very fine audio establishment that sold both gear and LPs offered the purchaser of any LP the opportunity to run that disc through their $1000+ cleaner at no cost. Bully for them! If you’re really anal-retentive and obsessive-compulsive -- or an LP archivist -- this is the gear to have. For mere mortals, a record-cleaning machine is just one option among many, not a requirement. If you have the money, go for it. If not, be a diligent record cleaner with something simpler.

What else do I need to do?
Clean your stylus: Some cartridges come with a little brush specifically designed to clean the stylus. If you have such a brush, use it -- every time you play an LP. Don’t forget to either switch your preamp away from the Phono input or turn the volume down all the way before you run the brush over the stylus, or you’ll get a nasty surprise from your speakers. Carefully follow the cartridge manufacturer’s directions.

Album liners: Back in vinyl’s heyday, most albums came with paper inner liners. This was OK for something with a limited lifespan, but insufficient if you wanted to keep the album in playable condition for 30 or 40 years. In such cases, it’s wise to go online and find some good paper-and-PVC liners that can protect the disc from the dust and detritus admitted -- and produced by -- paper-only sleeves. They may cost a bit, but it’s just a bit more insurance to ensure that that Rolling Stones album you just paid $75 for will still play perfectly ten years from now.

Proper storage: A record is designed to be stored on its edge, at a 90° angle to the surface it sits on -- not laid flat. Improperly stored records can quickly develop warps just as nasty as those produced in LPs subjected to high temperatures (see below), and may be rendered unplayable. Use bookends or other implements to ensure that your records are stored as vertically as possible.

Good storage environment: Records and their inner sleeves, jackets, and boxes are subject to mold and mildew. I can’t tell you how many LPs I’ve tried to rescue -- some successfully, but others I’ve had to pitch. There are two means to keep that from happening: temperature and humidity control. Make sure your discs are not subjected to high temperatures or high humidities, both of which can damage vinyl. Keep discs away from direct sun, heaters, and sources of moisture.

Owning and taking care of the delicate vinyl on which our treasured music is stored can sometimes be a pain in the neck -- but there’s something visceral about great analog. It’s the roar of the 1775 French cannon in the 1960 recording of Tchaikovsky’s 1812 Overture by Antal Doráti and the Minneapolis Symphony (a Mercury Living Presence recording made on 35mm audio film to capture every nuance of the sound). It’s the 16Hz note in the finale of Saint-Saëns’s Symphony 3, “Organ,” in the 1980 recording by Eugene Ormandy and the Philadelphia Orchestra (Telarc). It’s the trumpets in “Lucretia’s Reprise,” from the Blood, Sweat & Tears album 3 (1970, Columbia). It’s why many of today’s recording artists release their latest creations on vinyl.

If you haven’t yet joined the Vinyl Revolution, don’t hesitate! There’s a lot to hear, and you won’t be disappointed. There are many options, from inexpensive to the top of the line. And many of them have been, or will be, covered here on SoundStage! Access and our sister sites.