In the past 12 months the SoundStage! Network has undergone some major changes, including some shifts in editorial direction. The addition of Gordon Brockhouse to sister site SoundStage! Simplifi has proven a shrewd move -- Gordon is not only a great writer, his system is ideally suited for reviewing such progressive hi-fi endeavors as all-in-one-ish stereo loudspeakers like the DALI Callisto 2 C and Kii Audio Three, and KEF’s new LSX wireless loudspeaker (review in the works). In many ways, I envy Gordon’s position. For the last few years I’ve felt that if I were ever to depart from SoundStage!, I’d probably sell my traditional hi-fi rig of passive loudspeakers driven by a massive integrated amplifier-DAC, and grab a pair of Devialet Phantoms -- e.g., the Silver Phantoms I reviewed on Access a couple years ago. 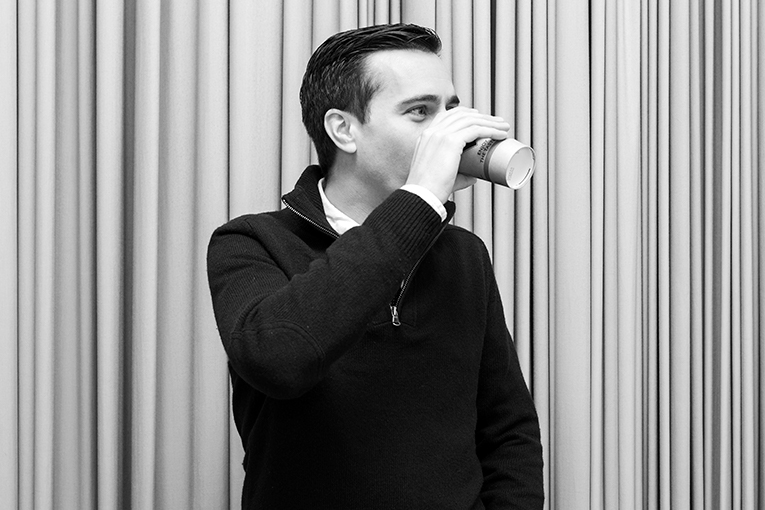 Now that Simplifi is the home of products like these, Access’s focus has shifted, if only slightly. Going forward, you won’t see reviewed here speakers or amps costing anywhere near $5000 USD, our previous upper price limit for products reviewed. Nor will vinyl be as neglected as it has been, not with Thom Moon doing a bang-up job of reviewing turntables, phono stages, and cartridges. You should also see more of new reviewer Diego Estan, whose no-nonsense approach to hi-fi fits right in with SoundStage! Access’s mandate: accessibility, affordability, and maximum value. Along with stalwart Roger Kanno, whose dedication to stinginess sets my heart aflutter, the hope is that Access will review more gear costing under $1000 than over $2000. I’ll be doing my part -- I recently received for review NAD’s new D 3045 integrated amplifier-DAC ($699), the more powerful bigger brother to the D 3020 V2, which we’ve just crowned a 2018 Product of the Year. And any day now I expect the arrival of a $349 pair of bookshelf speakers from one of the industry’s bigger names, the model to be formally announced at the 2019 Consumer Electronics Show. 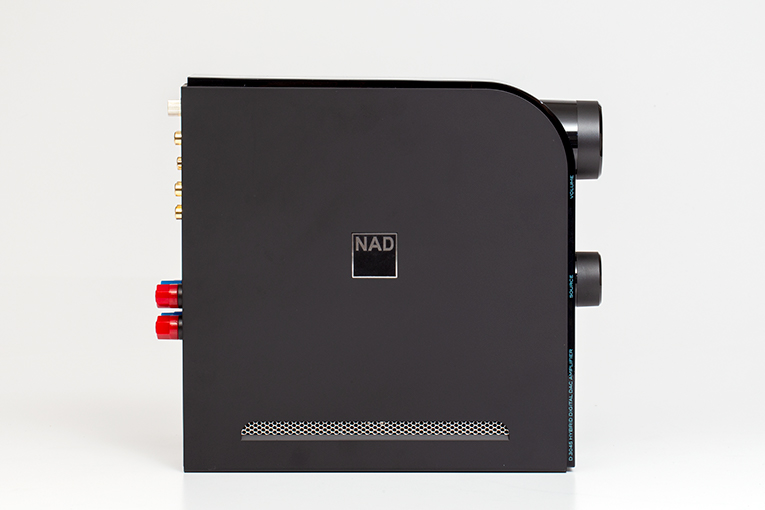 But what of 2018 and broader industry trends? We reviewed a lot of very good gear in the last 12 months, though it’s fair to say that none of it was groundbreaking. Yes, KEF’s Q750 floorstanding speaker ($1499.99/pair) was excellent, as was Paradigm’s dynamo minimonitor, the Monitor SE Atom ($298/pair). But as our senior staff selected the 2018 Products of the Year, it became clear none of us had been truly wowed by any product we’d reviewed in 2018. The only product that did elicit wows was one that no SoundStage! writer reviewed but that several of us now own: Google’s Chromecast Audio -- normally $35, but available for an absurd $15 during the holiday season here in the US. Disruptive products like the Chromecast Audio have meant that there’s still no go-to solution for the incredibly fragmented landscape of hi-fi audio streaming. Let me explain.

The increasing domination of streaming content over local downloading or ripping of same means that manufacturers are keen to make their integrated electronics streaming-friendly -- but which is the ideal approach? The great majority favor wired streaming connections on account of its lack of latency, wide bandwidth, and signal reliability. But we live in an increasingly wireless world; why do I need to situate my router near my stereo -- or, worse, snake a long run of Ethernet cable across my apartment or house? Then there’s the small issue of whether to use a first- or a third-party Android/iOS app, and whether there’s native support for Apple Music, Spotify, Tidal, Qobuz, or Internet Radio? On the DAC side of the equation, this can be complicated. Are Bluetooth, AirPlay, or Google’s Chromecast built into the DAC? Is there a USB input for folks who don’t stream? Do you include selectable digital filters for tweaky types? 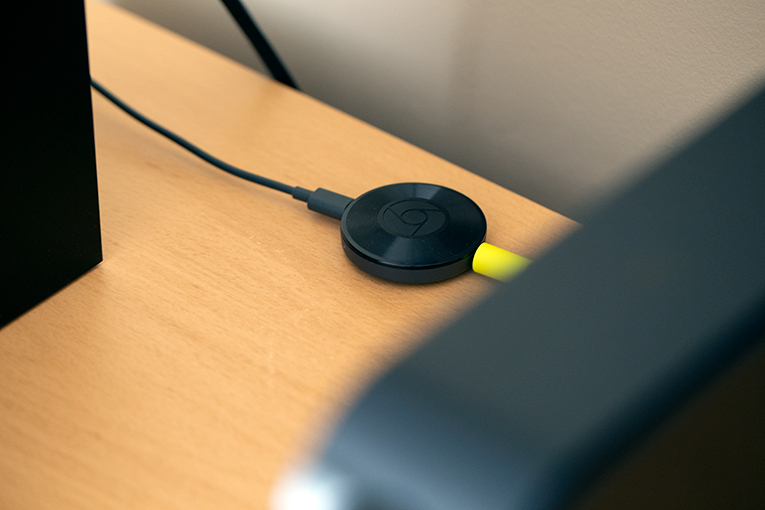 Further complicating the issue is the continued resurgence of vinyl. How do you cater to millennials who stream Ariana Grande’s “Thank U, Next” on Spotify while making dinner on a Tuesday evening, but want to go all Bohemian-chic on a breezy Saturday afternoon by throwing on an LP from The XX, then smugly musing to no one in particular, “Vinyl just sounds better”? Well, in the last nine months we’ve begun to see announcements for Bluetooth turntables. I think this is an exciting development, even if it’s antithetical to the values analog purists hold so dear -- which, in turn, leaves me ever so delighted: Fight the Power, and all that. And USB turntables, such as Pro-Ject’s Debut Carbon Phono USB ($575), could even start making a dent in overall turntable sales, while playing nicely with modern integrated amp-DACs. Or you could follow the lead of the high-end manufacturers (NAD, TEAC, Technics) who now include phono stages in their digital amps, resulting in an analog signal being converted to digital, then converted back to analog, in a convoluted signal path of multiple conversions that places fidelity and provenance squarely in the rear-view. But as I’ve often said, for most folks, reliable convenience trumps maximal sound quality, any day of the week. If 320kbps Ogg Vorbis files on Spotify, played through a monaural Bluetooth speaker, are good enough for the 99%, how much of a problem will digitized vinyl playback be for that same percentage? None, I imagine. 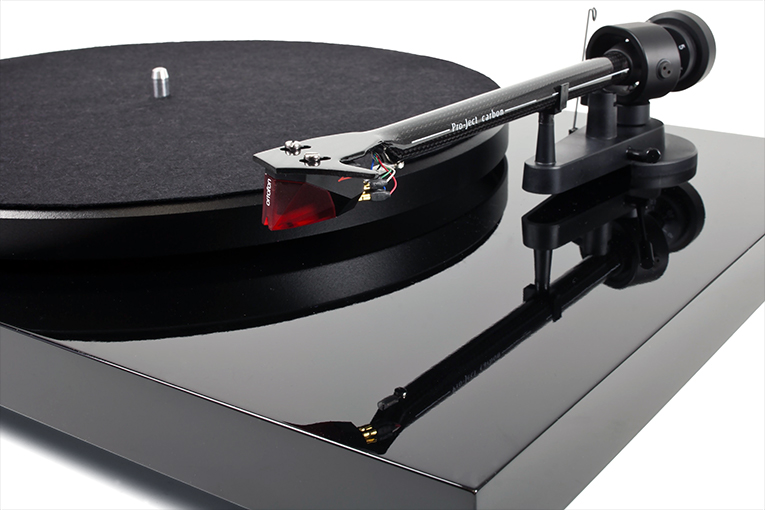 Which puts manufacturers in a pickle: decisions, decisions. And it puts SoundStage! Access in a curious middle ground in terms of which products we should review going forward. Is there any reason for us to review traditional stereo amplifiers and preamplifiers -- or plain-Jane DACs that don’t include a volume control at the very least? In general, I think not, though we’ll continue to review the occasional such component that’s particularly good and affordable or otherwise seems interesting. In recent years our coverage has skewed heavily toward integrated amplifier-DACs, and now we’re adding analog products on top of our bread-and-butter loudspeaker reviews. The occasional subwoofer and home-theater system might also sneak in, if only because neither neatly fits the mandate of any of our sister sites.

So if it wasn’t clear before, it should be now: In 2019, SoundStage! Access will renew its focus on genuinely affordable loudspeakers, budget vinyl gear, and flexible integrated electronics (i.e., products with more than one function). There’s just too much affordable gear not reviewed by the hi-fi press and left to be covered by bloggers and forums, and thus assumed to be “lo-fi.” Going forward, we’ll try to fill that gap.