“I Want You to Love Me,” the first song on Fiona Apple’s Fetch the Bolt Cutters, begins with a stuttering Casio drum machine and firmly struck bass notes. Apple enters with piano arpeggios that shift between major and minor, and sings in a firm, almost angry voice. As the track gathers in force and intensity, her voice roughens and grows more defiant, occasionally even going off pitch. The song is about the ebb and flow of love and sex, the frustrations that grow out of them, and the strength needed to get past those frustrations. When Amy Aileen Wood’s drums enter halfway through, they sound like literal gunshots. Apple ends the song on a high note that becomes a strange howl sounding very much like Yoko Ono.

Fiona Apple has been a challenging and uncompromising musician since her very first album, Tidal (1996), released when she was 18. The obvious care and thought she puts into her music are reflected in the fact that Fetch the Bolt Cutters is only her fifth album in a quarter-century. Even by her own standards, it’s brash and unusual, and includes sounds played on objects Apple and her band picked up around her house (where much of this album was recorded) to use as percussion. In “Shameika,” about Apple’s unpleasant school experiences, various unusual sounds underline her feelings of anger and confusion about being bullied, and her resolution when a tough girl befriends her. 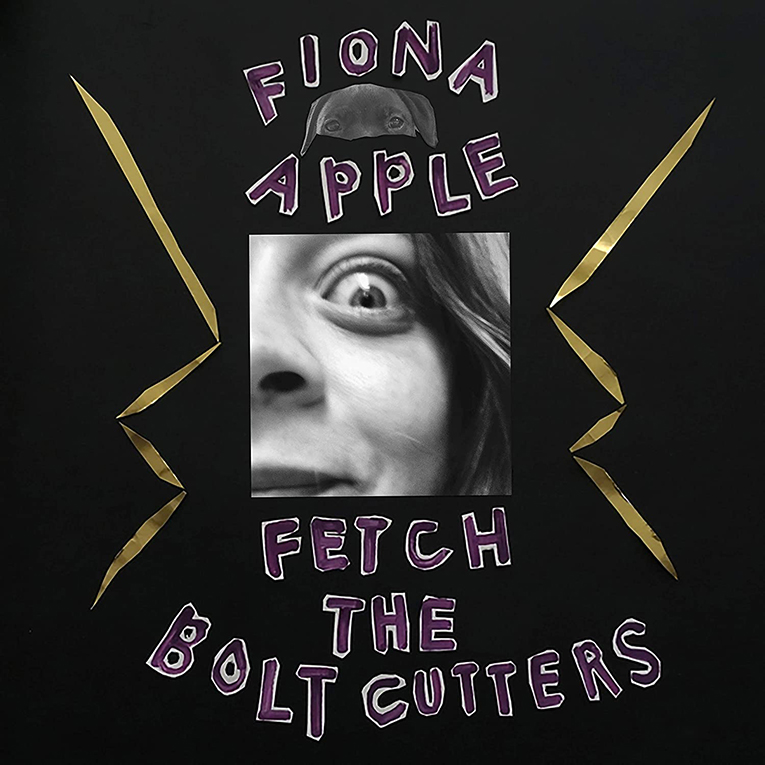 Fittingly, the title song states the album’s theme. As Apple told Vulture, “It’s about breaking out of whatever prison you’ve allowed yourself to live in, whether you built that prison for yourself or whether it was built around you and you just accepted it.” Bright, ringing beats and a vibraphone drive “Fetch the Bolt Cutters,” and Apple’s voice is emotionally bare. Other voices pop in and out here and there, as do barking dogs. As the song closes, the dogs break into a chorus of enthusiastic yelps. This is the kind of happy accident that Apple lets stand throughout the album, and it makes these songs even stronger.

Apple is resolute and tough throughout. “Kick me under the table all you want / I won’t shut up,” she sings in “Under the Table.” She uses sounds and textures to emphasize the meanings of the words she sings, and to express things she perhaps can’t put into words. The piano chords she pounds out from time to time give this song a hard push. 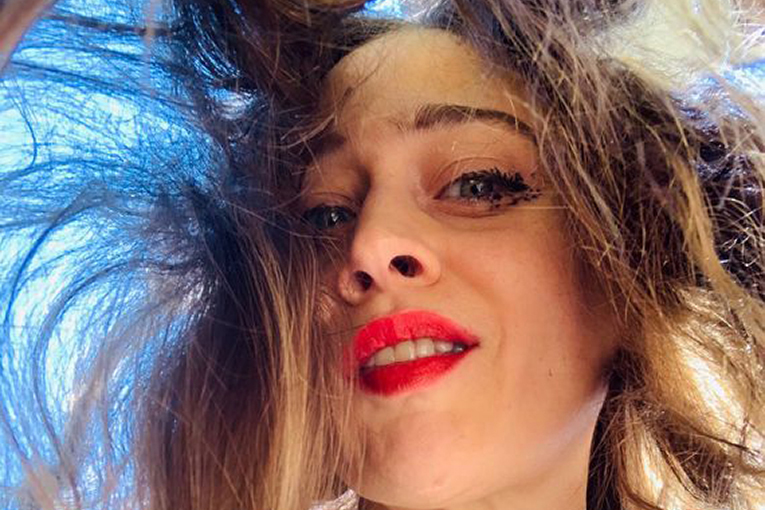 Fetch the Bolt Cutters isn’t standard pop. “Relay” and “For Her” both concern sexual assault, and are heavily influenced by Apple’s bitter memories of her experience of being raped when she was 12. “Relay” is her reaction to the confirmation hearings for Supreme Court Justice Brett Kavanaugh, while “For Her” grew out of an incident that happened to a friend. But despite all their raw, cathartic power, these 13 songs are filled with strong melodies and sometimes wittily humorous lyrics.

The album is also aurally challenging. “Heavy Balloon” is almost all drums and wooden sticks tapping hard objects, and its harsh, driving sound mirrors Apple’s descriptions of the feelings caused by clinical depression -- the lightly played jazz-guitar riff that occasionally appears seems a flicker of light promising hope. The three final songs, “For Her,” “Drumset,” and “On I Go,” are all driven by voice and percussion. Other sounds drift in to further shape these songs, but it’s Apple’s potent singing and the sometimes insistent pulse of rhythm that make their messages indelible. 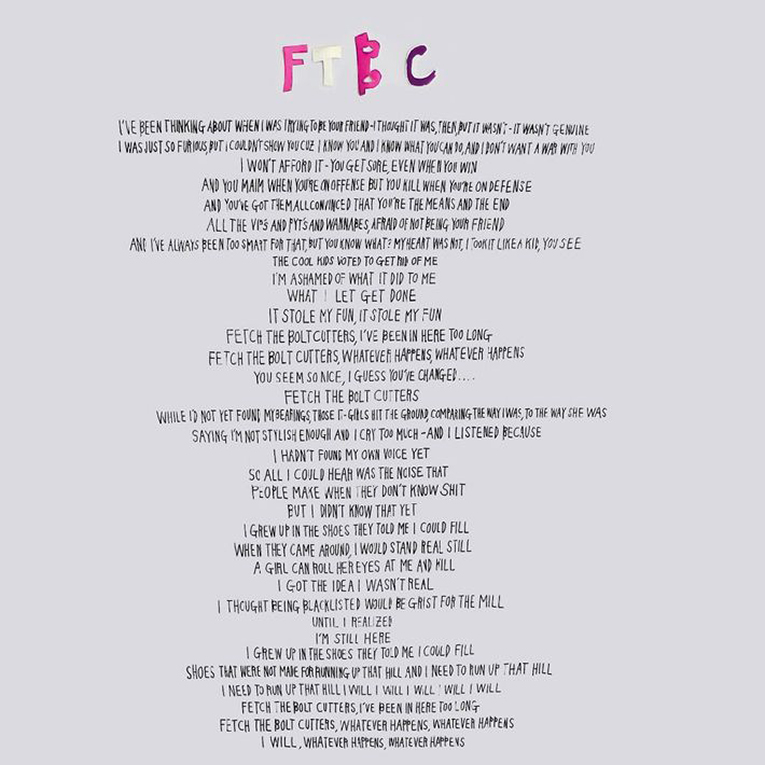 Engineer Tchad Blake mixed ten of the 13 tracks. Audiophiles often take issue with Blake, whose work on other recordings reveals a tendency to add too many effects. Here, Apple herself provided the effects, and Blake gives them the balance they need to come across forcefully.

It took me a while to fully grasp the bruised, fractured beauty of Fetch the Bolt Cutters. The album marks a turning point for Apple similar in importance to the shift Swordfishtrombones marked for Tom Waits. Waits has acknowledged the influence of the late composer Harry Partch (1901-1974), who built his own instruments to create the sounds he wanted. In like manner, Apple used the “found instruments” in her house to help bring these songs to life. She’s taken roads less traveled from the very beginning of her career, but Fetch the Bolt Cutters takes her -- and us -- places entirely unexpected.