Welcome to the Blackout (Live London ’78) is a two-disc live set from David Bowie’s Isolar II: The 1978 World Tour, which drew heavily from two albums Bowie released in 1977, Low and “Heroes”. Those recordings were part of what Bowie would later call the Berlin Trilogy, which concluded with Lodger (1979). The three albums were another shift in direction in an ever-changing career.

After the first leg of the tour, Bowie had released a live album, Stage, which went through several permutations before being reissued on CD in 2005 with the songs in the order in which they were performed onstage. The original LP release and early CD reissues had changed the playing order and used fadeouts, which the reissues of 2005 and 2017 removed to allow the two-disc set to re-create the pace of the concert.

While Stage comprised songs from several shows in April and May, Welcome to the Blackout (Live London ’78) comes from two shows at London’s Earls Court, on June 30 and July 1. The song lineup is nearly identical, and Bowie is backed by the same musicians. They sound more confident in this later performance, and there are some differences in tempo and feel that make this new collection worth hearing. 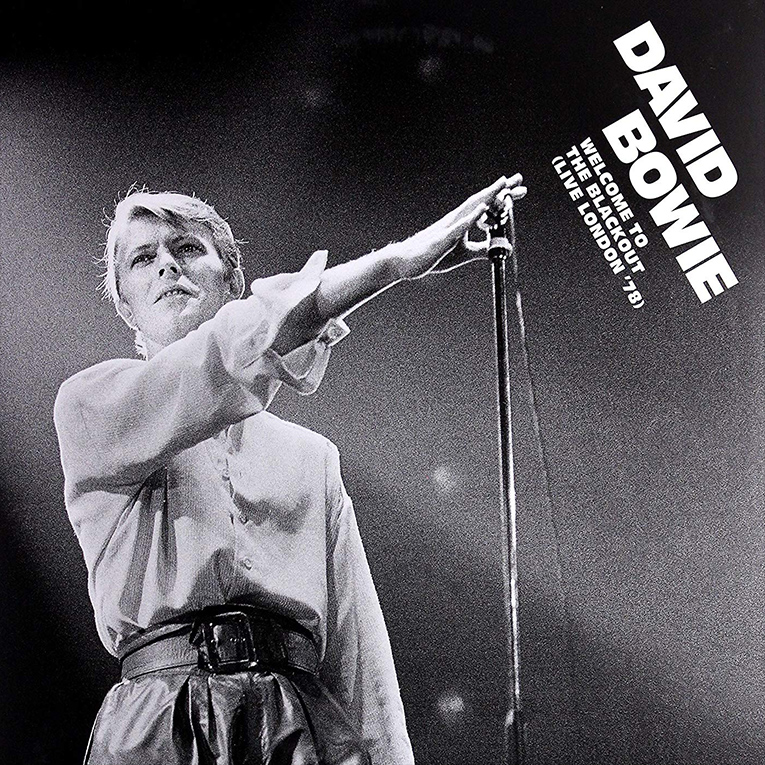 “Warszawa” is slightly faster here, and keyboardists Roger Powell and Sean Mayes are more at ease with this densely constructed electronic composition, which Brian Eno and Bowie wrote for Low. “Heroes” is taken at a slower tempo, and Bowie’s singing is more emotionally shaded because the band is less rushed. “What in the World,” heavy-handed and ponderous on Stage, moves more fluidly here.

Some songs differ very little from their versions on Stage, but Bowie feels freer to emphasize different words and play with the timing. On Stage, the band is well rehearsed and professional, but on Welcome to the Blackout they’ve had two more months of playing together and are more responsive to each other. “Breaking Glass” is funkier in the later set, Bowie settling into a looser groove for a more dramatic reading. 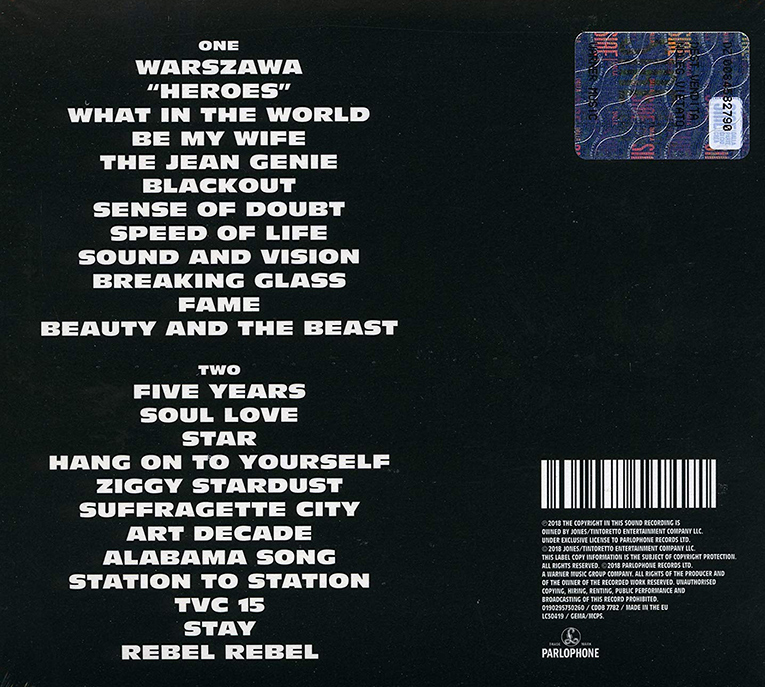 Some tracks are worth hearing in both versions. “Fame” is looser and more soulful on Blackout; on Stage it has a bit more drive. “Hang On to Yourself” rocks solidly on Stage, but the speed and edginess of the punk-rock version on Blackout provide interesting contrast. For the most part, however, Welcome to the Blackout is the live album from this tour that Bowie should have released in the first place. George Murray’s bass lines hit harder, Dennis Davis’s drumming is more in the pocket, and Adrien Belew’s guitar solos burn more intensely.

The sound on Blackout is also markedly more exciting than on Stage, where Bowie and his band are at a slight remove, as if the listener is sitting two-thirds of the way back at a stadium show. On Blackout, Bowie’s voice is mixed farther forward, and each instrument has more clarity and immediacy -- the effect is of moving closer to the stage. There are also two songs not included on Stage, “The Jean Genie” and “Rebel Rebel,” both in fascinating interpretations. Welcome to the Blackout (Live London ’78) is as good as live Bowie gets.