In the last 30 years guitarist Dominic Miller has played on recordings by an impressive number of musicians, including Chris Botti, Mark Hollis, and Youssou N’Dour, and from Bettye LaVette to the Chieftains. His discography shows how versatile and in demand he is, but his most enduring musical relationship has been with Sting. He’s played on all of Sting’s albums since The Soul Cages (1991), and has toured with him in support of those recordings.

Since the mid-1990s Miller has also released 15 albums of his own, and his newest, Absinthe, is his second for ECM. The album is his tribute to the Impressionist painters -- “Living in the South of France, I am fascinated by Impressionism,” he says -- but the most distinctive voice on Absinthe is not French but Argentinean. Santiago Arias plays the bandoneón, a type of concertina popular in Argentina, where Miller spent the first ten years of his life. 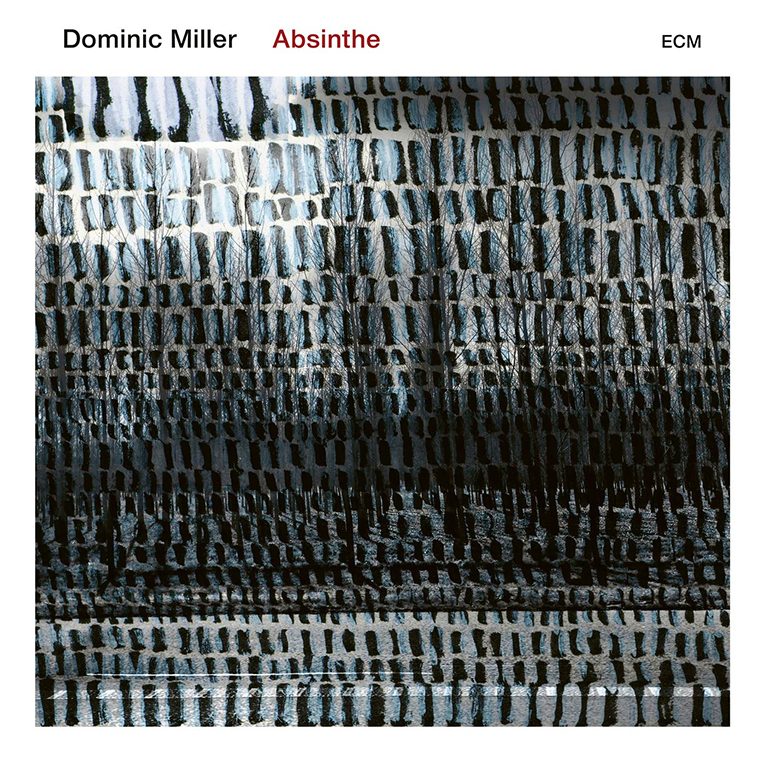 Miller’s steel-string acoustic guitar gives “Mixed Blessing” a bright openness further enlivened by Katché’s brushwork. Arias plays the happy melody, and Miller’s and Lindup’s solos underscore the optimistic feel. Miller sometimes keeps things simple, to great effect. He plays chords and melody on steel-string acoustic in “La Petite Reine,” accompanied only by Katché, who uses mallets on toms. The effect is of a ride through a light rain, with thunder in the distance. Later in the album, Miller reprises the tune with the full band in “Bicycle,” Arias and Lindup contributing lines that emphasize the feeling of riding a bike down a sunny country road.

“I’ve been influenced by Sting’s lateral sense of harmony and how he forms songs,” Miller says. “I’ve absorbed a lot from him about concept and arrangement, as well concision in telling a story.” His compositions here are well constructed, while leaving room for the players to improvise. Miller lets the contrasts between the instruments’ sounds, especially his guitar and Arias’s bandoneón, help tell his stories. 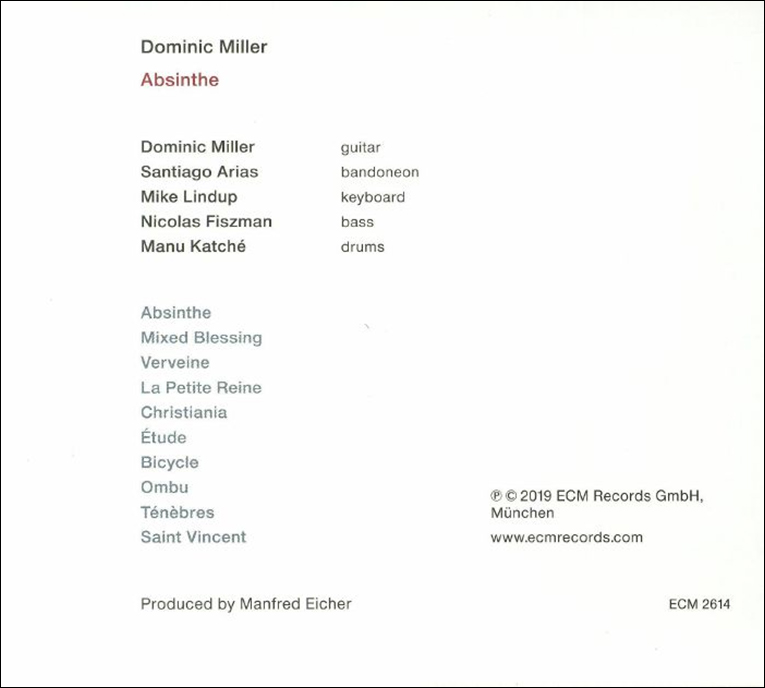 Miller’s use of dynamics and instrumental textures is most evident in “Étude.” He begins solo, playing angular, minor-scale lines on acoustic guitar. Arias then enters, giving the sound a slightly sunnier tone, and Katché soon joins them with a driving rhythm that transforms the music, Fiszman’s bass filling out and solidifying the sound. Lindup plays a nicely developed solo as Arias comps around him with colorful support. The intensity increases, driven by Katché’s cymbal splashes, before the subdued close. In just under six minutes, “Étude” has shifted several times in emotional power and mood, each section clearly stated and logically developed.

Miller recorded Absinthe at La Buissonne, a studio in Pernes-les-Fontaines, less than 40 miles north of Marseilles, with ECM founder Manfred Eicher producing. The sound, wonderfully rich and spacious, lets each instrument register cleanly and in great detail. Miller and Katché both play in Sting’s touring band, and this recording lets you feel their intuitive rapport. Miller’s compositions give these musicians the chance to create music that is challenging and, at the same time, accessible and enjoyable. I’ve played it constantly over the last couple of weeks. It makes me want to vacation in the south of France.