It has been nearly 20 years since Norah Jones debuted with Come Away with Me (2002), a record whose total sales (over 27 million) could have led to a series of similarly pleasant, brisk-selling releases. Instead, she moved more firmly into a challenging singer-songwriter role, subtly altering her approach to songs from album to album, and collaborating with musicians as diverse as Wilco’s Jeff Tweedy and producer-musician Danger Mouse.

One thing she hadn’t done until now was a live album. On . . . ’Til We Meet Again, Jones gathers together 14 songs performed by Jones onstage between 2017 and 2019 at venues in the US, France, Italy, Brazil, and Argentina. “Whether we’re musicians or fans, we all miss sharing the experience of live music,” Jones said in a press release for the album.

The disc opens with Christopher Thomas’s solidly thumping bass line for “Cold, Cold Heart.” I’ve always thought the version of Hank Williams’s original song that Jones recorded for Come Away with Me was a weak point on the album—it lacked a fundamental understanding, which caused her to render it too sweetly. The 2018 live performance of the song on this album shows a much deeper feeling for it. It’s taken at a slower tempo and Jones’s piano playing has a strong blues and gospel feel that gives the new arrangement a greater emotional pull, and her singing shows more passion and range. 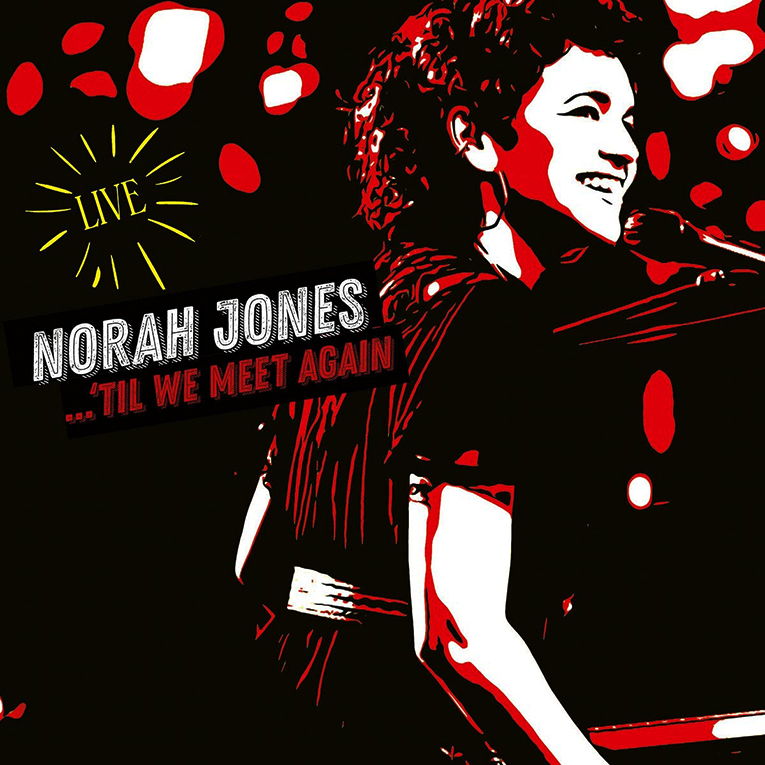 Jones’s piano on “Sunrise” is looser and more confident than it was for her arrangement of the song on her second album, Feels Like Home (2004). Jones’s approach to songs from her first two records shows a desire to move away from the smoother path she took originally. On . . . ’Til We Meet Again, Jones takes the opportunity to rethink and renew many of the songs she has recorded over the years.

“After the Fall” veers away dramatically from the original version on Little Broken Hearts (2012), where Danger Mouse’s production layered the song with electronic effects and processed vocals. In this live presentation, Jones accompanies herself on piano, with understated assistance from Thomas and drummer Brian Blade. The earlier arrangement was a brave sonic experiment, but the song’s expression of sadness after a breakup comes through more powerfully here.

“It Was You” lacks the horn arrangement that helped sell the song on Begin Again (2019), but Pete Remm’s Hammond organ plays a more expanded role that enriches the song’s live performance. “Just a Little Bit,” another track from Begin Again, has a more pronounced rock beat here, and Jorge Continentino’s alto flute adds an exotic touch to the new arrangement.

Jones, Blade, and bassist Jesse Murphy capture the gospel spirit of “I’ll Be Gone,” which Jones performed as a duet with Mavis Staples for a single in 2019. The performance is stirring, but I won’t pretend I don’t miss Staples’s harmony vocals. Jones sings “Falling” solo, and while it was her interplay with singer and cowriter Rodrigo Amarante that made the studio recording on the 2019 single so charming, this version is undeniably winning. 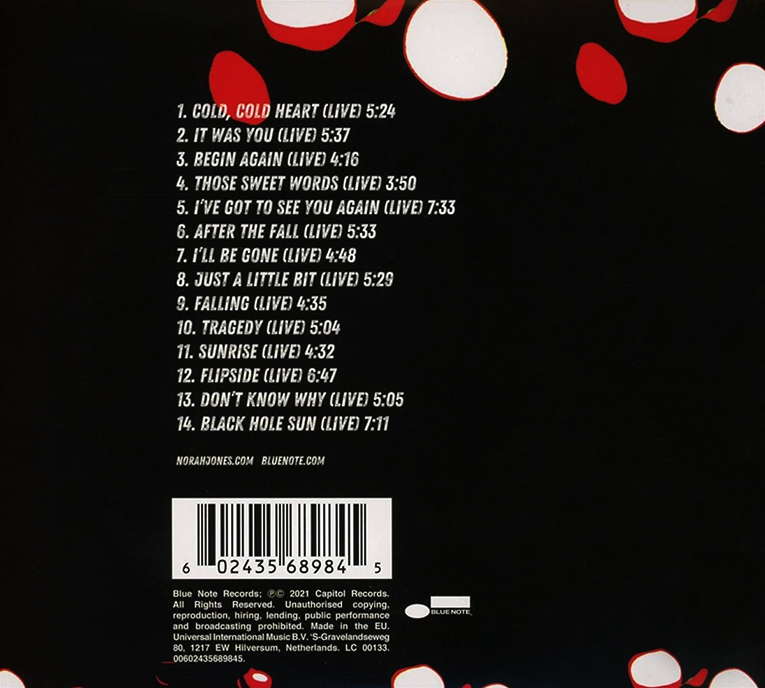 Jones’s piano is at center of these performances, and she plays with more authority and verve than she often shows in the studio. Drummer Brian Blade appears with her on all the tracks, and his accents at key moments help the arrangements come together. Bassists Christopher Thomas and Jesse Murphy also give sensitive, intelligent support to Jones throughout, and Pete Remm’s contributions on organ add immeasurably to the five songs on which he appears.

Jamie Landry recorded the live shows and Steve Fallone mastered the digital release. The sound is consistent across the 14 tracks, and Landry did a good job of capturing the atmosphere of the different venues. I did wonder if Fallone could have backed off on the compression a bit to give the instruments more space.

Jones closes the disc with a version of “Black Hole Sun” that she performed in Detroit only days after the death of Chris Cornell, who wrote the Soundgarden song. It’s a tribute, not an attempt to reposition Jones as a rock singer. Nor is . . . ’Til We Meet Again a bid for a reappraisal of Norah Jones’s career. It’s a reaffirmation of the work of a musician who could have continued along an easy path established by a best-selling album, but chose instead to keep moving forward.