In the summer of 2000, David Bowie performed four live shows, including an appearance at the Glastonbury Festival on June 25. That performance, in front of an estimated 250,000 people, was a triumph; the following month, Bowie and the members of his touring band began recording in New York City. The group had been together since the previous year, when they toured in support of Bowie’s then recently released Hours . . . (1999).

During that 1999 tour, the setlists included material that had been released early in Bowie’s career, prior to the run of albums in the 1970s that firmly established his fame. He was eager to get into the studio and re-record some of those older songs live with his band, and get some new tunes down, as well. The resulting album, Toy, was scheduled for release in 2001.

Bowie’s label at the time, Virgin Records, was having some financial problems and ended up not releasing Toy, but many of the songs from those recording sessions have since been released as bootlegs. The album got its official release last year as part of the Brilliant Adventure [1992–2001] box set. In early January of this year, Bowie’s label, ISO Records, in conjunction with Parlophone Records, cut Toy loose as a standalone three-CD set that includes the tracks intended for the original album, bonus songs, and alternate mixes. 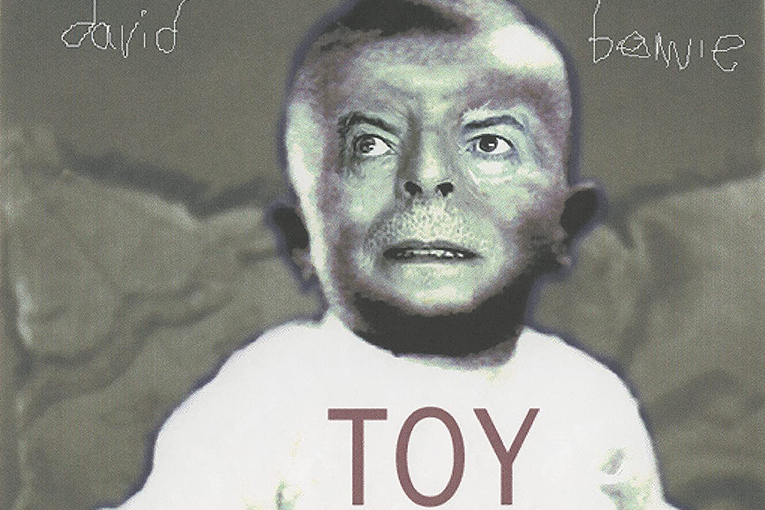 Bowie recorded “I Dig Everything” for Pye Records in 1966, and the original version had a mid-1960s, swinging London feel. When he revisited it in 2000, it sounded more like his recordings with Tin Machine in the late 1980s than the smoother music on Hours . . . from the previous year. The guitars are crunchy and Sterling Campbell’s drums are prominent in the mix. “You’ve Got a Habit of Leaving,” a 1965 single, gets a similar update; its first appearance in this form was as a bonus track on a 2007 Japanese reissue of Heathen (2002).

“The London Boys” is taken at a slower pace than the 1966 recording for Deram Records, but Bowie retains some aspects of the original while giving it a fresh interpretation. The earlier version—released as the B-side of “Rubber Band” in the UK—is baroque pop, while the newer arrangement has louder guitars and more aggressive drums. To my ears, the earlier performance captures the sometimes tragic excesses of mid-1960s Mod culture more dramatically.

Other tracks on Toy make the case that some of Bowie’s early tunes, many of them more than 30 years old at that point, were still worthwhile and deserving of more attention than they originally received. Tony Visconti’s string arrangement on the later recording of “Conversation Piece,” originally the B-side of the 1970 single “The Prettiest Star,” underlines the song’s melancholy tone. “Shadow Man” was transformed into a piano ballad for the 2000 recording, in contrast to the guitar-based rock version Bowie recorded in 1984. Both songs are better and more emotionally involving on Toy.

The guitars are more thickly layered on the updated versions of “Let Me Sleep Beside You” and “Can’t Help Thinking about Me” than on the original recordings, but otherwise the songs are not very different. “Toy (Your Turn to Drive)” was first released in 2014 on the three-disc compilation Nothing Has Changed, and it’s one of the strongest songs in this latest collection. It was also the only new tune laid down during the 2000 sessions.

Disc 2 includes “Liza Jane” and “In the Heat of the Morning,” two songs that don’t appear on the first disc. “Liza Jane” is considerably altered from the 1964 incarnation released by Bowie as Davie Jones and the King Bees, and I prefer the garage-band rawness of the original, which also made an appearance on Nothing Has Changed. The remaining tracks are alternate mixes of the selections on disc 1. The alternate mix of “I Dig Everything” is brighter, with some additional background vocals and the piano brought up in the mix. The drums on “Conversation Piece” are more sharply toned, and the acoustic guitar is more prominent. The remix of “Shadow Man” pulled the guitars and effects forward, but I found the song more effective in its original form on disc 1.

Guitarist Earl Slick, who was in Bowie’s band at the time, suggested adding acoustic guitars to the tracks on Toy during the original recording sessions. Mark Plati, who also played guitar with the band, coproduced Toy with the singer. Plati created a set of “Unplugged & Somewhat Slightly Electric” mixes, and these 13 tracks comprise disc 3. The new mixes bring Bowie’s voice forward and clear away some of the multitracked instruments. The results let the strong melodic ideas in Bowie’s old songs stand on their own, and help to show why he wanted to return to them.

I can’t shake the feeling, though, that Toy should have been a single CD—and that the alternate mixes on discs 2 and 3 are just padding. The additional material doesn’t give us anything that we can’t already hear from the tracks on the first disc. 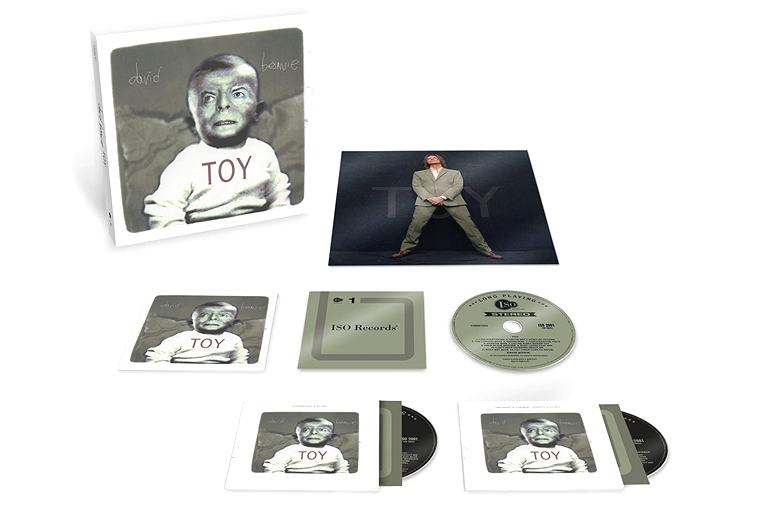 The packaging only reinforces my suspicion that this set was only created to generate some additional income, rather than to fill in a missing piece of Bowie’s musical history. It comes in an attractive heavyweight cardboard box, and each CD is encased in a mini-LP cover with an inner sleeve bearing the ISO Records trademark and logo. But the enclosed booklet, while it has some good photos of Bowie and personnel listings for the songs, provides no historical context for the recordings. I had to track that information down online.

John Webber, of AIR Studios, mastered Toy and gave prominence to Gail Ann Dorsey’s bass playing—a smart call, since it’s consistently arresting and ear-grabbing. The guitars, by Slick and Plati, have plenty of bite, and Sterling Campbell’s drums punch through soundly. Mike Garson’s often subtle piano parts are also easy to hear. I occasionally wished for a little less compression, but overall the fully packed sound on Toy was appropriate and I was able to relax and give myself over to the music.

As an ardent fan, I’m glad to have Toy, but it isn’t essential Bowie. Two years after recording it, he released Heathen, an album that reaffirmed his greatness. Toy is certainly enjoyable, but had it been released in 2001, it would just have been a likable stop along the way in Bowie’s journey. Adjust your expectations accordingly.