The Robert Cray Band: "In My Soul" 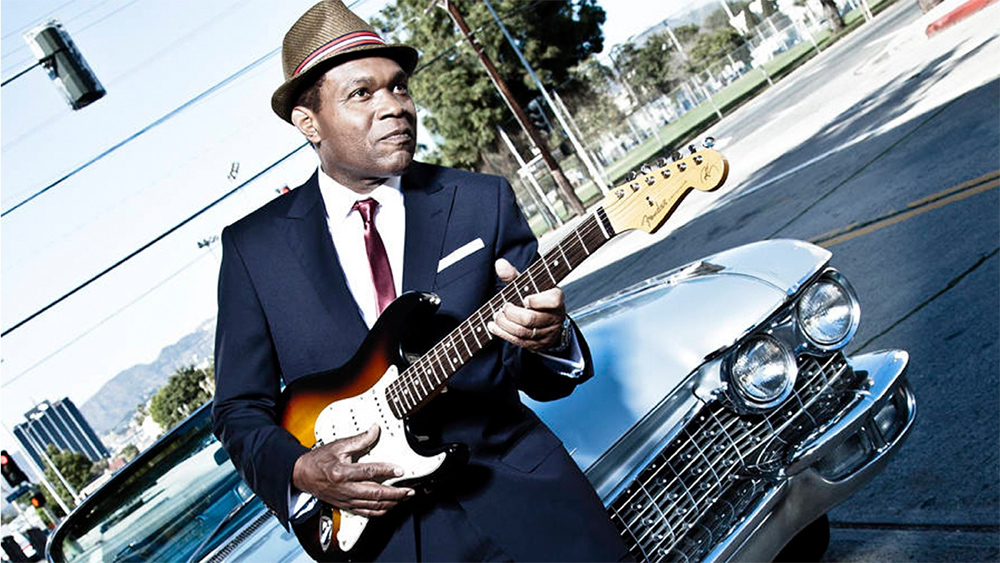 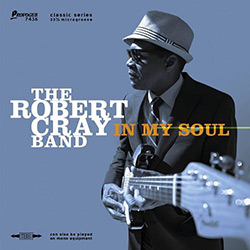 As soon as guitarist Robert Cray strikes the low note and two-chord vamp that introduces his driving version of Otis Redding’s “Nobody’s Fault But Mine,” you know you’re hearing a musician who’s back in the game. Cray has made a lot of great albums in the more than 30 years he’s been recording, but some of his releases of the early 2000s had a workmanlike quality: solid, but sounding like the work of an artist who’d settled into the comforts of an established career. In My Soul has the creative drive and freshness of his best work.

Drummer Les Falconer and Cray share the vocals in “Nobody’s Fault But Mine,” alternating verses. Falconer joined Cray’s band last year, and has a hard-hitting style with a snare drum that carries a sharp snap. Trevor Lawrence on tenor sax and Steve Madaio on trumpet add a hot horn arrangement that captures the essence of the Stax/Volt sound, but the song has a contemporary feel. The band does a new take on the Isaac Hayes and David Porter chestnut “Your Good Thing Is About to End,” which features another great horn chart and a beautifully developed solo from Cray.

A Bobby Bland tune, “Deep in My Soul,” reaches back to 1966, but Cray and other members of his band wrote or co-wrote the remaining tunes. Cray has always been a formidable songwriter, so it isn’t surprising that “You Move Me” and “Fine Yesterday” stand up well next to the great songs already mentioned. Bassist Richard Cousins’s “Hold On” is an affecting ballad that shows what a versatile singer Cray is, and Les Falconer’s “I Guess I’ll Never Know” is a great blast of R&B in Hi Records style. 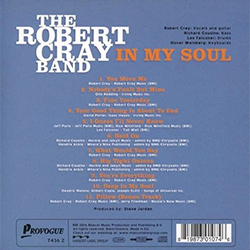 It’s easy to focus on Cray the guitar hero and forget how impressive a singer he is -- and here his voice is in good, strong form. He sounds revitalized and on his toes, and it may be this band that has given him the kick he needed. Cousins rejoined him in 2006, but keyboard player Dover Weinberg, like Falconer, is a relatively recent addition. Cray’s previous band was a good unit, but an injection of new blood seems to have livened him up. His guitar solos have the fire of his early records, and are reminders of his mastery of the instrument.

Greg Calbi of Sterling Sound mastered In My Soul, and he’s done a good job of creating a well-paced album from producer Steve Jordan’s somewhat scattered approach to recording. “Deep in My Soul,” for example, is moodily funky, while “Hold On” is marked by remarkably clear sound -- but Calbi manages to make everything flow together. Jordan has added a touch of reverb and delay to Cray’s solos in “You Move Me” and “Deep in My Soul,” an odd decision that pushes forward a guitarist known for understatement.

But those are minor faults. In My Soul is a welcome return to form.