The Rippingtons: "Fountain of Youth" 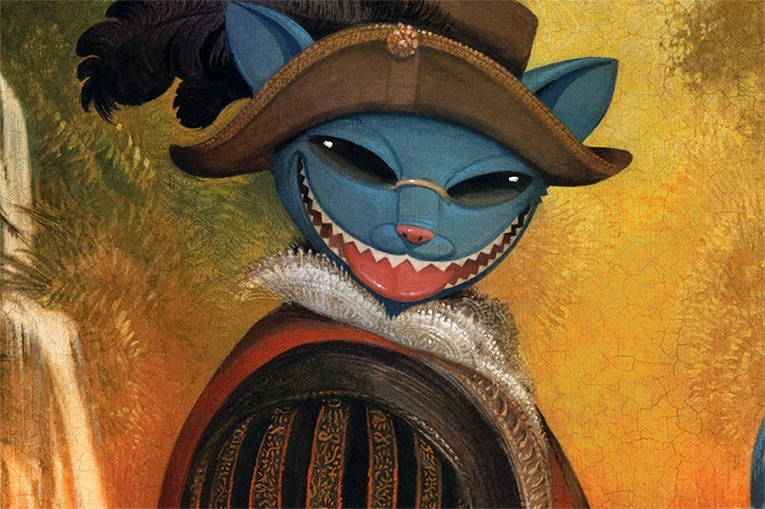 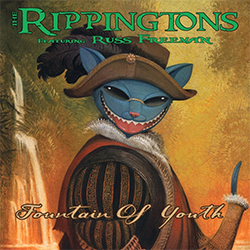 In the liner notes to Fountain of Youth, guitarist Russ Freeman calls the album “the Rippingtons’ Guitar Heaven CD. My main goals here were to feature as many guitars from my collection as possible, to introduce dynamics into the songs by changing the density of instrumentation, and to feature solo instruments whenever possible.” Guitarists will get a charge out of the illustrations of the guitars and other stringed instruments Freeman used, especially a rosewood-finished Fender Telecaster.

The album’s first track, “Spice Route,” opens with the sound of a bağlama, a Turkish instrument Freeman picked up in Istanbul. It’s a relaxed piece, melodic and easy, which describes most of the disc. Freeman multitracks his guitar with the bağlama and a ukulele, giving “Spice Route” a vaguely Middle Eastern tint, and adds a touch of delay to his nylon-string guitar to give it a fuller sound. A nylon-string guitar also appears in “Rivers of Gold,” where Freeman throws in an electric-guitar solo to give the song an edge.

“North Shore” is as close to Jeff Beck as Freeman probably gets, in a jazz-rock track that deftly weaves acoustic, electric, and lap-steel guitars. Freeman’s electric-guitar work is tasteful, with some bursts of speed, and percussion and keyboard effects fill out the song. “We Will Live Forever” attempts to create a South American vibe, perhaps Peruvian, with aggressive drum accompaniment that gives body to the arrangement.

Freeman channels Pat Metheny in “The Sun King,” and again the lap steel gives the song a sweet-toned undercurrent. The first guitar solo is more overdriven than Metheny’s usual practice, and in a second set of solos Freeman trades riffs with himself on various guitars to demonstrate his versatility. The album concludes with “Waterfalls of Bequia” and “Garden of the Gods,” both in the laid-back style that suffuses the entire disc.

Freeman is a solid guitarist who at times is able to summon good ideas and moments of passion. For the most part, however, he’s not a terribly engaging player. Fountain of Youth is background music for a wine-and-cheese party, its facelessness reinforced by the fact that no other musicians are listed in the credits. Who supplies the drums that give “We Will Live Forever” its backbone? We don’t know, but as important as that backing is, it’s so lacking in character that it might be something Freeman programmed.

Freeman recorded and mixed Fountain of Youth -- the sound is digitally clean, and he’s done a good job of layering instrumental details that enrich the songs. However, he’s somewhat overemphasized the lower register, and since he seems to have used keyboard bass rather than bass guitar, the sound is a bit bloated. Bernie Grundman’s mastering goes a long way toward giving the disc some warmth and life.

Fountain of Youth is a pleasant enough diversion that will sound good through your system, but it’s not really jazz, and you might have a hard time remembering it later.