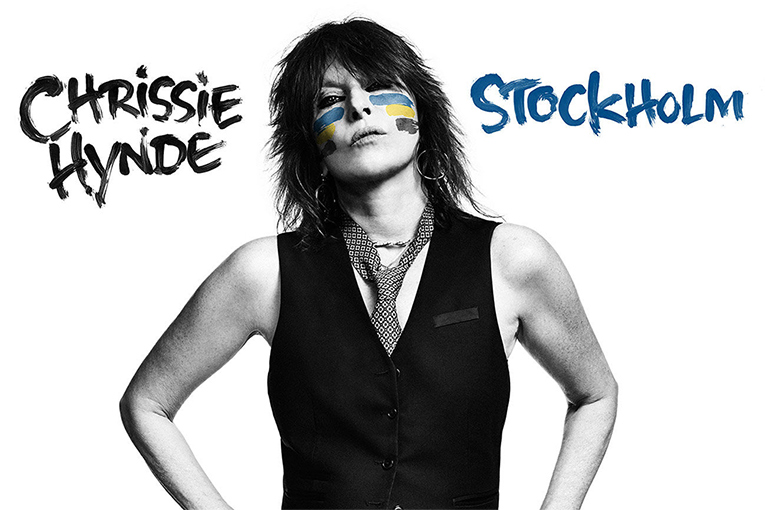 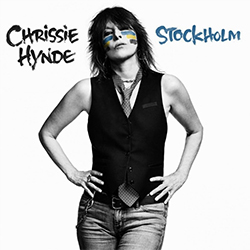 Chrissie Hynde has kept the Pretenders going for more than 30 years, but she and drummer Martin Chambers have been the band’s only consistent members. Stockholm is billed as Hynde’s first solo album, but at least three Pretenders albums -- Get Close (1986), Packed! (1990), and Break Up the Concrete (2008) -- have her as the only constant, with other musicians providing support. For Stockholm, Hynde brought in Björn Yttling, of the Swedish pop band Peter Björn and John, to produce, and he co-wrote nine of the disc’s 11 tracks.

A great rocker like “Dark Sunglasses” illustrates Hynde’s talent for writing an uncompromisingly tough song with a hook that reaches out of the speakers to grab you. Clever percussion and a popping guitar riff set off her voice well, and the backing vocals from Swedish singer Zacharias Blad help put the chorus across. “Like in the Movies” sounds very much like a tribute to Bruce Springsteen, especially the wordless background vocal in the chorus. Hynde has the unique ability to sing “Don’t f*** with this heart of mine” in a way that expresses both defiance and tenderness.

Young and McEnroe stand out as the most distinctive players on Stockholm. If the album has a fault, it’s that it’s a little too neat, and lacks players who have strong musical personalities. Hynde’s songcraft and natural feel for soul singing make “You or No One” very listenable, but a strong rhythm track -- or just a drummer who hit harder -- would have sold it better. “Dark Sunglasses” lodges itself in the memory, but a more aggressive guitar line would have put it with Hynde’s best work.

In a time when many records sound too crowded and noisy, Stockholm’s generously detailed sound is welcome, but almost every track except the two on which Young or McEnroe appear could have used something more. “House of Cards” needs an overdriven guitar, and a lightweight track like “You’re the One” seems even slighter because it’s not fleshed out by such key elements as a more solid rhythmic foundation. It sounds like a well-done demo with strings added later.

I did find it easy to put aside some of these reservations when listening, because Yttling’s production style is layered and carefully crafted. He puts Hynde’s voice at the center, where it belongs, and the instruments are well mixed around her. So many pop discs I’ve heard recently are compressed and unpleasant, and in that regard Stockholm is a notable exception. Chrissie Hynde’s voice is in fine form, her songwriting hasn’t lost its edge, and Yttling has done a good job for her overall. Stockholm is an enjoyable, well-recorded disc. It just could have been a little better.