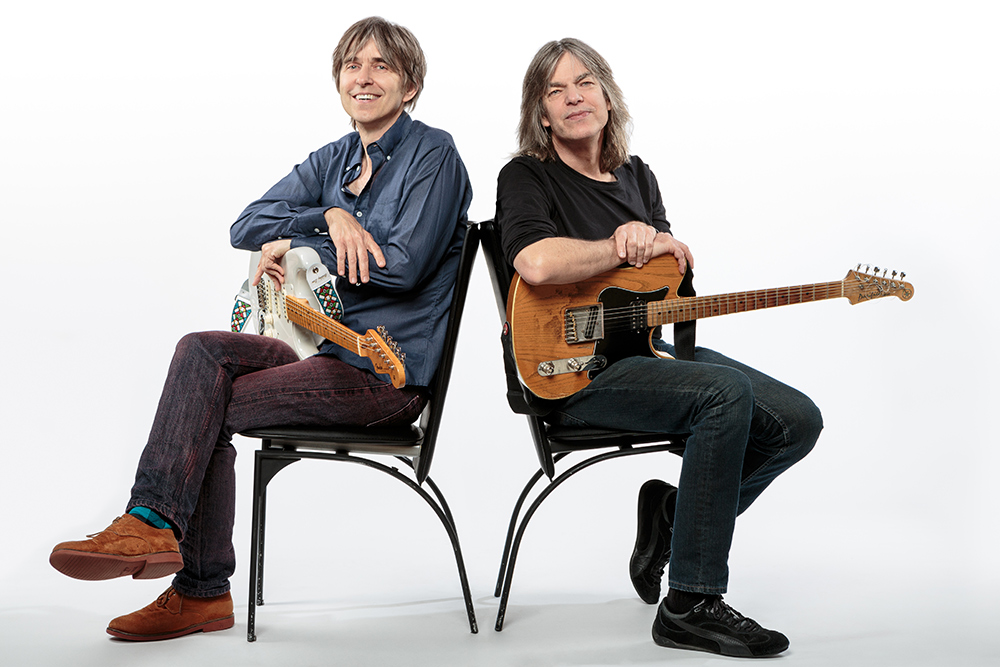 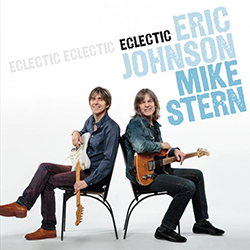 Bill Milkowski’s liner notes for Eric Johnson and Mike Stern’s Eclectic call them “two guitar heroes from disparate worlds -- Mike Stern from jazz and Eric Johnson from rock.” The distinction is almost meaningless -- Johnson has always displayed the harmonic sophistication of a jazz player, and Stern has long shown a strong rock influence. But the word eclectic applies to both players, and this album is a thrilling collaboration. What could have been a mere guitar shoot-out -- and there’s plenty of flashy playing here -- ends up being a well-thought-out display of virtuosity that emphasizes memorable songwriting.

Any doubts about Johnson’s ability to play over the changes are dispelled by Stern’s “Remember.” The extended chords give both players ample space to stretch out, and Johnson’s melodies flow easily over Stern’s backing. Stern’s solo features some impressive octave runs, and builds to an aggressive finish that shows his rock influences. Stern, like Johnson, writes songs that have ear-catching melodies that aren’t predictable or saccharine, and leave space for inspired improvisation.

Eclectic’s well-paced shifts of style help keep it unpredictable. Johnson’s “Benny Man’s Blues” is a Western swing tune that gives both players a chance to play without guitar effects in a clean, old-fashioned style. “Tidal,” another Johnson composition, gives the guitarists an opportunity to play in a traditional setting. He states the melody in a series of Wes Montgomery octave runs that set a warm tone, and his solo shows a great appreciation and understanding of Montgomery’s approach.

Bill Maddox’s “Dry Ice” is a powerful nod to 1970s fusion, with Anton Fig’s muscular drumming setting the tone and pushing the song along with aggressive finesse. The guitarists give Fig and bassist Chris Maresh room to show off on their own, and that equal partnership contributes to the disc’s excitement. A few guests help out, including Malford Milligan, whose vocals are at the heart of the old-school funk of “Roll With It,” and Christopher Cross, who contributes a wordless vocal to Johnson’s “Wishing Well.”

Every track shows the two guitarists to great effect, and their contrasts in style complement each other. Stern is often more aggressive, with a surprisingly strong blues streak; and Johnson’s lap steel in Stern’s “Sometimes” isn’t something Stern himself would have done, but it enriches the tune and enhances its beauty. And Stern brings enough edginess to Johnson’s “Hullabaloo” to keep it from being too cloying. The only misstep is a cover of Jimi Hendrix’s “Red House” that has too many guitar pyrotechnics and a boring roadhouse arrangement.

Otherwise, Eclectic flows easily, and is a welcome addition to these guitarists’ discographies. Kelly Donnelly engineered the recording sessions at Johnson’s studio, in Austin, and Paul Blakemore mastered it. The sound is clean and spacious, with a wide soundstage that gives the instruments room to breathe.