My Morning Jacket: "The Waterfall"

My Morning Jacket is the kind of band I tend to like. They are beyond category, encompassing everything from prog to Americana, and the band’s guitarist, Jim James, writes tunes that are both challenging and hummable. For me, the group showed its depth and versatility when it played “Ophelia” and “It Makes No Difference” for an appearance on Love for Levon, a tribute concert to Levon Helm that is available on DVD. While retaining their own identity, they showed an understanding and deep appreciation of the Band that many of the acts on the bill with them lacked.

The Waterfall includes many of the elements that make My Morning Jacket’s sound easily recognizable. The Wurlitzer piano on “Believe (Nobody Knows)” bumps up against modern electronic sounds, and the Wurlitzer helps ground the song in tradition. Everything else, including the guitars, is heavily processed. The blending of old and new is what often makes this band so compelling, but in this case the sweeping string arrangement and densely packed recording cannot salvage an inauspicious opening to the disc.

Things improve considerably with “Compound Fracture,” which is built around a ’70s-style guitar riff and a stirring vocal by James. The witty background vocals and darting keyboard lines rise and swell around James, and Tom Blankenship’s bouncy bass line carries things along. “Compound Fracture” is My Morning Jacket at its best -- melodic and fun, but with brains. 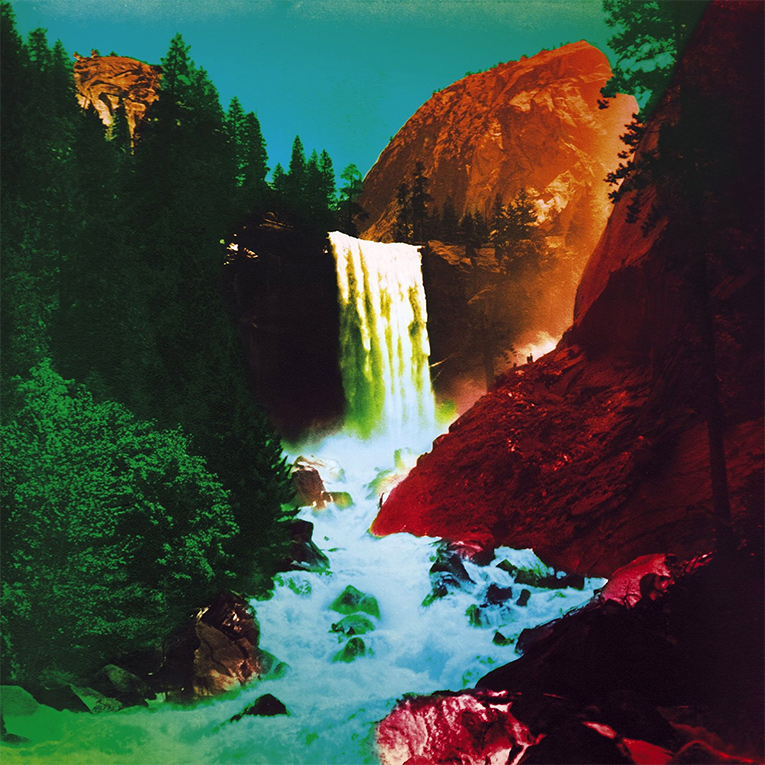 “In Its Infancy (The Waterfall)” is more ambitious, the kind of sweeping prog rock that the band has done so much to rejuvenate and transform, especially on Evil Urges (2008). James’s openness to many varied influences makes this band unique and enjoyably strange. On this track, ’70s soft-rock harmony vocals mingle with Pink Floyd-influenced synth lines and a guitar solo that sounds like it could have been lifted from Fleetwood Mac’s Rumours.

The gentle acoustic ballad “Get the Point,” which features moving pedal steel guitar accompaniment from Carl Broemel, helps mix up the pace on the disc and “Tropics (Erase Traces)” is a grand guitar statement, with another nod to Pink Floyd, that My Morning Jacket play with an ease that belies the song’s complexity. The biggest, most pleasant surprise on The Waterfall is “Only Memories Remain,” a slice of romantic soul à la the Whispers or Major Harris that, at over seven minutes, could easily have worn thin, but instead builds slowly to a moving conclusion.

Although The Waterfall is enjoyable song by song, it takes a few plays to cohere. Its themes of lost love and spiritual longing pull it together, but the music at first seems too varied. Even after it settles in, it does not flow as easily as Z (2005) or even the sprawling Evil Urges. In the end, however, its musical ambition and the emotion of James’s vocals win out.

Sonically, the disc leaves a lot to be desired. Tucker Martine recorded and mixed The Waterfall, and he adds annoying effects to nearly every instrument. The sound is also compressed in the manner of so many current pop records, so a recording that should have enough space to let you discover the depths of the arrangements instead bludgeons you. On any system with any more detail than a laptop, the disc is tiring. It is a shame that record companies and producers cannot prepare a release for CD and other formats in decent fidelity, and do a separate release for the low-fi streaming market.