Elvis Costello has been recording for nearly 40 years, which makes him even more venerable and established than the rock acts he and other punk and new wave musicians were rebelling against in the late 1970s. Since then, he’s cast his musical net wide, recording more than 25 pop albums notable for their stylistic variety and consistency of quality, and showing a willingness to venture into more ambitious territory. He co-composed and recorded a song cycle with the Brodsky String Quartet (The Juliet Letters, 1993), and composed and orchestrated a ballet score (Il Sogno, 2004).

Detour: Live at Liverpool Philharmonic Hall, featuring Larkin Poe is a filmed record, available on both Blu-ray and DVD-Video, of Costello’s appearance there in May 2015, during a solo tour. He has some help on several songs from Rebecca Lovell and Megan Lovell, aka Larkin Poe, who opened for him, but for the most part it’s just Costello, singing and accompanying himself on guitar or piano. 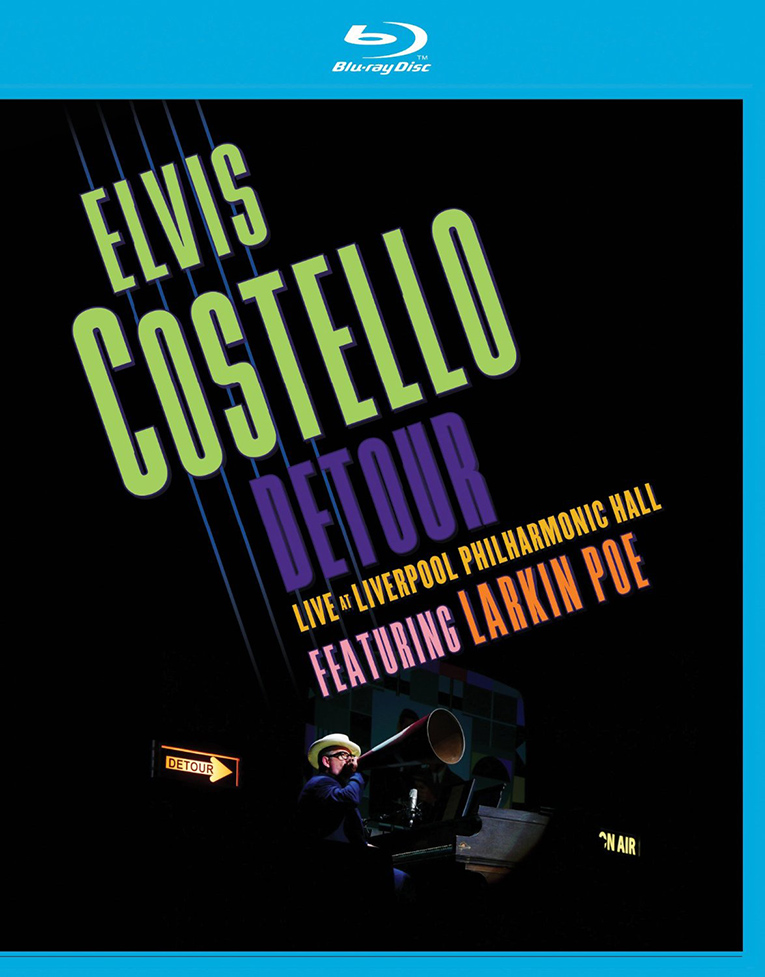 The two-hour show includes songs from throughout Costello’s career, along with a few surprises. He plays an old Gibson acoustic for “Red Shoes,” from his first album, My Aim Is True (1977), which he now sings in a slightly wistful tone, and with more than a hint of irony in the lines “I won’t get any older now / The angels want to wear my red shoes.” He uses a loop pedal for another early track, “Watching the Detectives,” and plays the chords in an overdriven, distorted tone. Even without a full band, the track sounds as menacing as it did on My Aim Is True. Costello uses delay to create a flurry of notes that becomes a cacophony that pushes the song over the top.

At one point, Costello sings “Walkin’ My Baby Back Home,” a 1931 pop tune recorded by Jo Stafford and Nat Cole, among others. His relaxed and enjoyable performance leads to a lengthy, affectionate reminiscence about Costello’s father’s life as a musician, and his own early efforts. He then performs “Ghost Train,” which originally appeared on a 1980 EP, New Amsterdam. The juxtaposition of the two tunes shows how much Costello learned from the old song craftsmen he grew up hearing at home.

Rebecca Lovell adds mandolin to a handful of tunes; her sister Megan plays lap steel. They also sing harmony vocals, adding something worthwhile to every song. “Down on the Bottom” is especially moving, and hard to imagine without their participation -- and Megan just burns on lap steel in “Blame It on Cain.” Costello himself turns in his strongest performances with them, especially in a terrific version of Jerry Chesnut’s “A Good Year for the Roses,” which was a hit for George Jones in 1970. 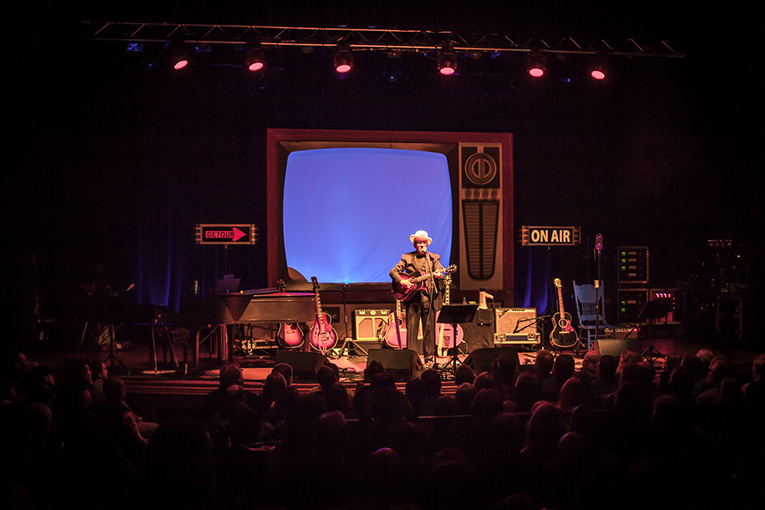 Costello fans will be going back to their CD collections to hear tunes like “Either Side of the Same Town,” from The Delivery Man (2004), or two collaborations with Bob Dylan previously released only on The New Basement Tapes’ Lost on the River (2014). Detour mixes old and new, and familiar and lesser-known songs, to give a full picture of Costello’s songwriting over the years.

The only tune that doesn’t come off well is “Accidents Will Happen.” It sounds too riff based, and Costello has a little trouble finding the melody. Otherwise, he’s in good voice and shows a firm command of the guitar. A high point of the show is a strong take on “I Can’t Stand Up for Falling Down,” a Sam & Dave tune that Costello covered on Get Happy!! (1980). Here he plays the song on piano, and digs deep for a slower, more bluesy interpretation. 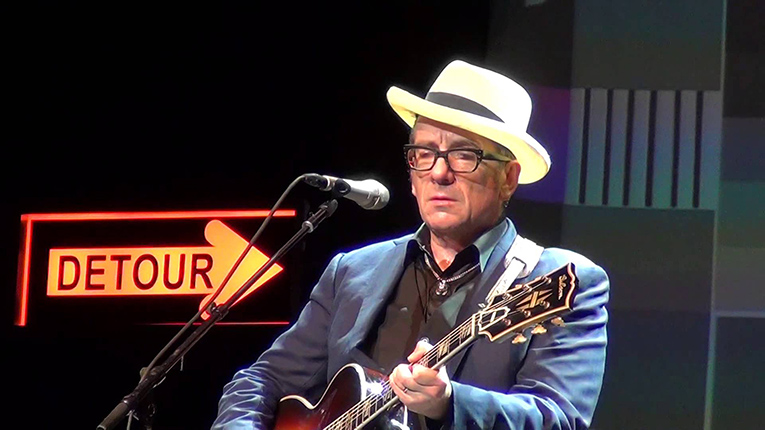 The Blu-ray images are very detailed, and director Joss Crowley and editor Benny Trickett have arranged the camera shots well. Since so much is shot in close-up, viewers will notice that Costello, like any performer under hot stage lights, perspires -- a lot. A few well-placed fans might have been in order. After a while, I didn’t find it a problem or a distraction. The man earns his living.

The sound is in PCM stereo or DTS-HD Master Audio, and I preferred the latter: It better conveys the ambience of the hall, lets the instruments breathe more, and sounds cleaner overall.

Elvis Costello fans will enjoy Detour: Live at Liverpool Philharmonic Hall. It presents a great singer and songwriter in a simple, stripped-down setting, and lets you hear how high he’s kept his level of craftsmanship over the years.