Shawn Colvin and Steve Earle have both been around for some 30 years, each making music at the intersection of country, folk, and rock. In 2014, when Colvin asked Earle to join her for some shows late in that year, they discovered that their voices harmonized naturally. Their first recorded collaboration, Colvin & Earle, suggests that their songwriting styles mesh, too.

The album remains within the genres mentioned above, but changes styles and emphases to create a varied and entertaining selection of songs. “Come What May” is a good old country romp, the kind Nashville doesn’t do much anymore, and the two singers grab hold for the fun. The wall of acoustic guitars, strummed as much for percussive effect as for chords, gives the song a driving intensity that Earle and Colvin match with their emotionally strong performances.

“Tell Moses” takes spirituals for its template, reaching back to the Old Testament in the first verse before moving on to Selma and Ferguson for its message of protest and perseverance. Earle’s mandolin is the foundation for a complex tapestry of stringed instruments, and producer Buddy Miller fires off an effective, low-note guitar solo.

Colvin and Earle take turns singing lead in the verses of “The Way That We Do,” and sing the final verse together. The big sound of Chris Wood’s bass holds the song together, but it’s the contrast between the singers’ voices, and how well they harmonize, that make this track so effective. 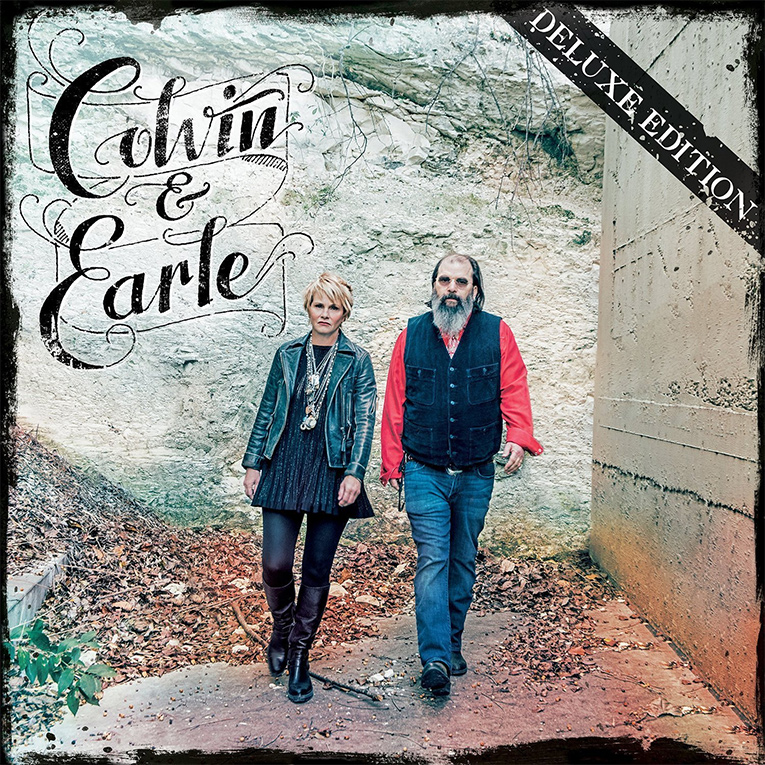 Earle plays a battery of stringed instruments, and his mandolin helps drive the loose fun of “Happy and Free,” which would be a throwaway were it not performed so well. Miller and electric guitarist Richard Bennett bring a swampy funkiness to “You’re Right (I’m Wrong),” and to a lively cover of John D. Loudermilk’s “Tobacco Road.”

Two other covers -- the Rolling Stones’ “Ruby Tuesday” and Ian & Sylvia’s “You Were On My Mind” -- suggest that, like many of us, Colvin (born in 1956) and Earle (b. 1955) musically came of age in the mid-1960s, when folk, rock, and all manner of pop mingled on the AM dial. Their take on “Ruby Tuesday” is affectionate, if not revelatory, but “You Were On My Mind” is an effective revisiting of a great folk song tailor-made for this duo.

The deluxe edition of Colvin & Earle contains three extra songs. Colvin’s harmonies add a tender touch to “Someday,” a song from Earle’s first album, Guitar Town (1986). Earle’s voice brings some grit to Colvin’s “That Don’t Worry Me Now,” making the song more effective and moving than it was on Colvin’s These Four Walls (2006). “Baby’s in Black” emphasizes the country-music heritage of this Lennon-McCartney tune, which Buddy Miller brings into focus with obbligati and bent notes.

Even with the inclusion of such strong, well-known material, the songs Colvin and Earle have cowritten stand up well, and Miller’s balance of rock, country, and folk arrangements gives a good picture of how versatile these singers are.

The sound is dense but exciting, and Wood’s bass sounds big and impressive throughout. Miller has given the guitars and other acoustic instruments a bright sheen, but it’s the voices that are at the center of the recording, and rightly so. With any luck, Colvin and Earle will soon make another recording as soulful as this one.