If you don’t count his time with the Yardbirds, Jeff Beck has been making records since 1968, and I can’t recall a single album by him that is in any way political. But Loud Hailer (Britspeak for megaphone), Beck’s first studio album since Emotion & Commotion (2010), proclaims his opinions on current events. 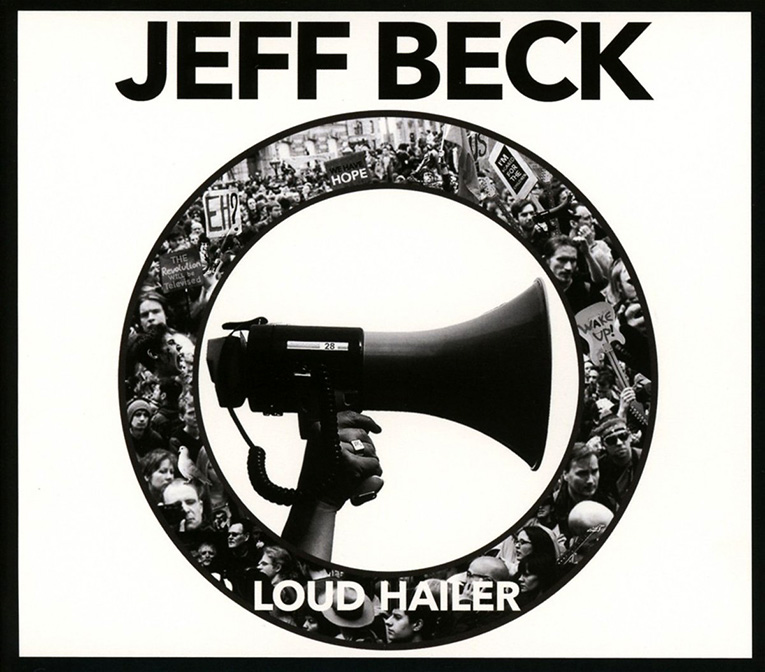 Beck’s songwriting partners for most of the tracks are Carmen Vandenberg and Rosie Bones, both of the London band Bones. Bones, the singer, wrote the songs’ lyrics based on suggestions from Beck. Vandenberg plays rhythm guitar, and her gritty tone aligns well with the leader. Her sharp chords open “The Revolution Will Be Televised,” and give Beck’s quick, brutal guitar lines a solid backdrop. Bones recites as Beck bobs and weaves around her voice -- his guitar stutters, spits, and wails, punctuating the righteous anger in the words and giving the tune its purpose.

Beck’s blues-driven lines in “Live in the Dark” are powerfully aggressive -- he plays so fiercely it’s easy to forget he’s 72, and not some young guitar whiz trying to prove himself. Bones sings of a coming age of darkness in this song, which also has glimmers of hope, or at least survival.

Beck pulls out the funk for “O.I.L.” and “Thugs Club,” the latter featuring Bones’s strongest vocal on the album. She goes after economists, politicians, and Fox News as Beck’s guitar sears and screams behind her. “O.I.L.” moves quickly, and Beck shines in a slide-guitar solo, but it’s his solidly swinging rhythm guitar that reminds us of how complete a musician he is. Two short instrumentals show different sides of the guitarist: “Pull It” (2:09) is Beck at his most frenetic, while “Edna” (1:03) is a beautiful ballad played with understated sensitivity. 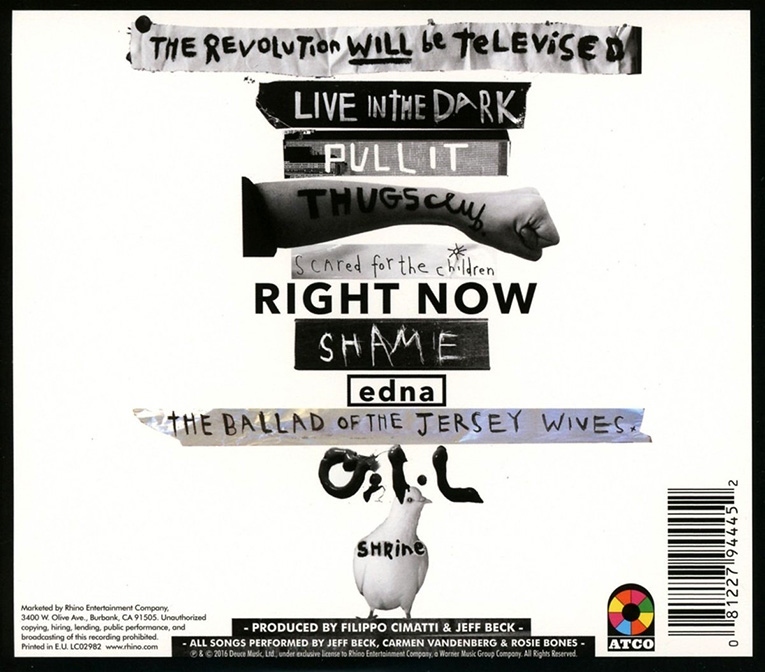 Drummer Davide Sollazzi combines power with finesse, and producer Filippo Cimatti gives him a big sound. Bassist Giovanni Pallotti plays with Sollazzi in two Italian groups: Flim, and the band of Marco Mengoni. Here, the two lock together to give Beck and Vandenberg a strong rhythmic foundation. Beck has always responded well to players as strong as he is, and the playing on Loud Hailer is consistently good.

It’s the quality of the musicianship that will bring you back to Loud Hailer. Beck is good at writing songs full of ear-catching riffs he can build on, but he’s no writer of pop songs. The political themes are dealt with heavy-handedly; a lighter touch might have put them across better. Tellingly, it’s the two quietest tracks, “Scared for the Children” and “Shrine,” that are the most effective.

Loud Hailer is often unsubtle -- the sound is big and loud -- but it’s easy to follow individual instruments, and while Bones’s voice is well centered and out in front, the star of the disc is Jeff Beck, who repeatedly proves that he’s still a guitar hero. But if he wants to write songs that wrestle with big political questions, a quick listen to the Clash or Paul Weller might help him next time around.