Cloud Nothings is a young, guitar-based indie-rock band -- a category that includes Japandroids, Beach Slang, and Titus Andronicus, among others. Dylan Baldi, the band’s leader and lead singer, while studying at Case Western Reserve in Cleveland, Ohio, on weekends began recording his songs in his parents’ basement in nearby Westlake. He played all the instruments on Turning On, the Cloud Nothings’ debut, a tuneful, lo-fi album in the manner of fellow Ohioans Guided by Voices.

Turning On (2010) consisted of the eight-song EP of that title released the year before, plus five singles. Baldi also played all the instruments on the follow-up, Cloud Nothings (2011), a full-length album. Fast punk, AM-friendly melodies, and the occasional foray into noise experiments added up to a swiftly moving, enjoyable disc. Attack on Memory (2012) was Cloud Nothings’ first album as an actual band -- they’d already been touring. Baldi’s songs sounded even better and more fully developed, and did on the next album as well: Here and Nowhere Else (2014).

Life Without Sound further refines their sound, but Cloud Nothings retain their punk-rock heart even as their music becomes more sophisticated. “Up to the Surface” builds in drama and dynamics with the help of a catchy piano melody, to which the guitars add layers of sound. TJ Duke’s bass provides a strong, thick foundation, and Chris Brown’s lead-guitar lines become more urgent as the song builds and the volume rises. 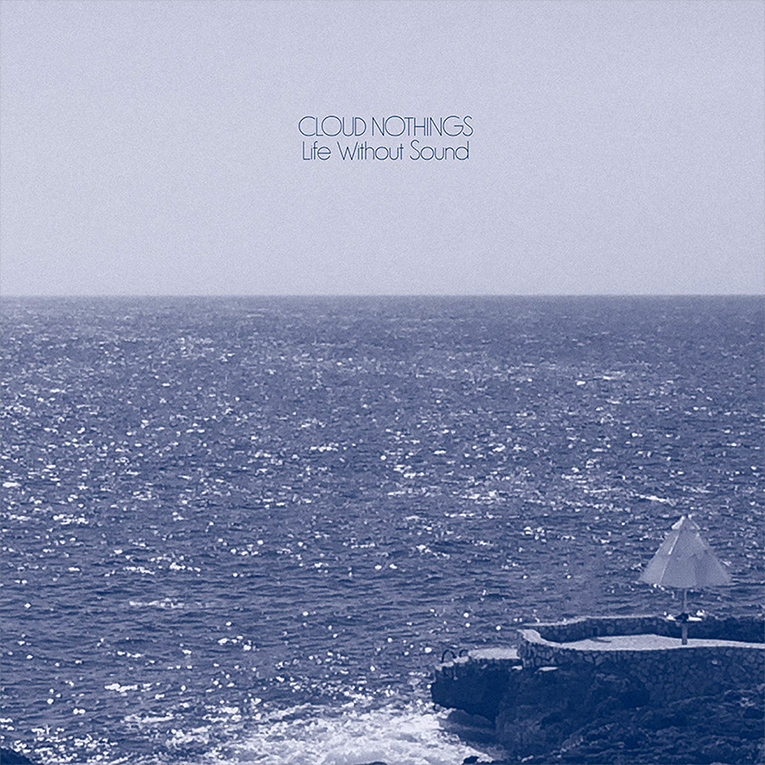 Baldi’s songs have the growling energy of the best guitar rock, and a solid feel for melody that make, say, “Things Are Right with You” lodge in the memory. The song’s simple, upbeat chorus of “Feel right, feel lighter” is punched up by a killer guitar riff, and Brown’s brief, bright-toned solo and ringing lines carry the tune along.

“Enter Entirely” is built on a familiar chord progression that echoes any number of garage-band songs, but the chorus mixes things up with a series of sharp, slashing chords, Duke’s bass adding a touch of finesse. The infectious melody of “Modern Act” floats on shimmering open chords, and Baldi sings with spirit and conviction: “I am alive, but all alone.” In the past, Cloud Nothings sang about the angst of youth. Now Baldi’s looking at the difficulties of adulthood, and writing about them with a poetic depth.

Listening to past Cloud Nothings albums, I sometimes feared that Baldi’s occasional screaming would permanently injure his throat. But only this album’s closing tracks, “Strange Year” and “Realize My Fate,” get that noisy and intense. Both feel tacked on, as if Baldi wanted to step back from an album that otherwise seems a step forward.

Baldi writes great personal songs, and Cloud Nothings know how much power loud guitars, bass, and drums can generate -- in fact, Jason Gerycz’s powerful, fluid drumming gives each track its heartbeat and drive. John Goodmanson’s production is appropriately dense for the loud, distorted guitars, but vibrant enough for me to hear what’s going on in these arrangements. Next time around, a bit more bass snap would liven things up even more.

As I listened to Life Without Sound, and to recent albums by the other groups mentioned in this review’s first sentence, I kept thinking that all of them could have been released 20 or even 30 years ago. The music is heartfelt and, at its best, memorable and well crafted. With bands like these, rock’n’roll is in good hands. Maybe, in time, those hands will push the music forward again.