Beck’s last album, Morning Phase (2014), was subdued, reminiscent in some ways of his Sea Change (2002), but more hopeful. Beck rarely repeats himself, so it’s not surprising that Colors is different from its predecessor, and its upbeat bounce makes it different from any other Beck album. His songcraft makes it still recognizably Beck, and the lyrics sometimes carry a more complex message than the music suggests, but the swirling keyboards and shiny guitars give it the sheen and sweetness of hard candy.

Beck coproduced Colors with Greg Kurstin (Adele, Kelly Clarkson, Shins), and between them they play nearly all the instruments. In the title track, slightly masked drums, bass, and keyboards build to fullness, and as things clear, the bass pops and a fuzz guitar cuts in. There’s a spring in Beck’s voice, and a keyboard creates a pan-flute effect that gives the track a 1970s disco groove. “I don’t know why / Can’t get what I want,” he sings at one point, hinting at a tension behind the song’s sunny exterior.

“Dear Life” is built around a late-Beatles, Paul McCartney-style piano and Kurstin’s steady, sharply defined snare beats. The string arrangement and the slight echo added to Beck’s voice in the chorus give this strong tune a grand feel, and the guitar solos bring the Beatles connection into even greater relief, as does the switch from minor to major in the chorus.

At first listen, it would be easy to hear “Seventh Heaven” and think it lightweight, with its bell-like keyboard opening and the soaring harmony vocals in the chorus. Yet Beck has always had a way with melody, and his strength has been to bring his songs together in the studio in a way that adds complexity and makes them come alive. The gliding rhythm guitar, snappy drum track, and shimmering guitar solo give “Seventh Heaven” an intelligence that lifts it above pop fluff. 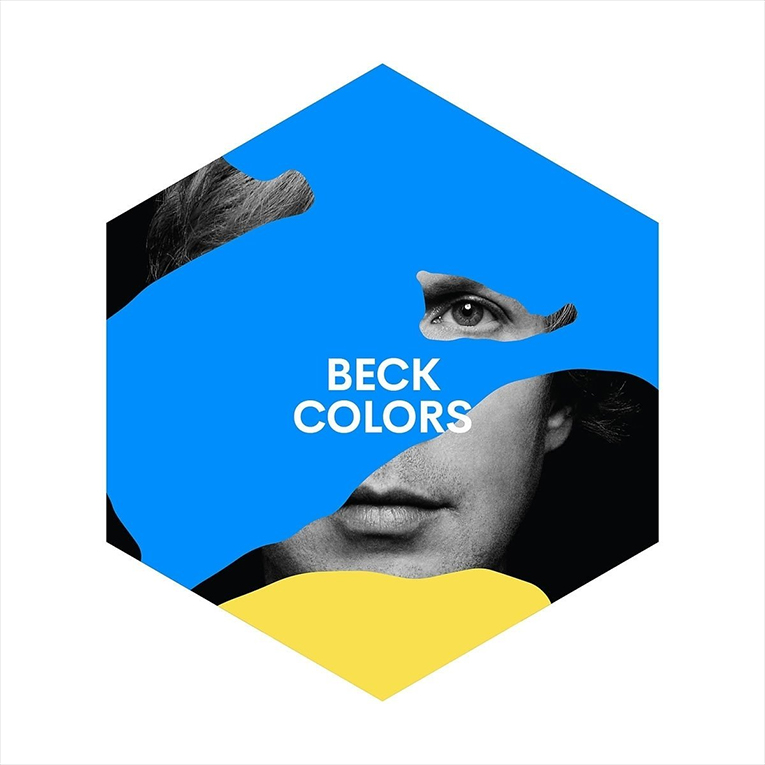 “Wow” includes a brief sideways tribute to film composer Ennio Morricone in a tune that deftly mixes high-gloss pop with hip-hop. The foundation for the giddy, silly “Up All Night” is a wonderfully choppy rhythm guitar and a goofy processed voice that jumps up in the background. “Dreams” has less echo than the single version Beck released in 2015, and the mix is smoother overall, but the infectious melody and dance-floor beat remain intact.

Every track on Colors has similar moments that catch my ear and pull me in. “I’m So Free” combines tongue-in-cheek hip-hop with muted guitars à la the Cars that, in the chorus, roar and bite like the Foo Fighters. The bright rhythm guitars in “No Distraction” sound a little like the Police, and the lovely kick drum pulls the song together in exactly the way Beck wants it to. The backing vocals throughout the album have the structural beauty of the Beach Boys at their best. Beck’s talent is to borrow freely to create something that sounds wholly his own.

Colors feels lighter in some ways than other Beck albums, but the lyrics are often as meaningful as any he’s written. “Who am I supposed to be in the middle of the day with no good connection,” he sings in “I’m So Free,” and the happy-sounding “Dear Life” contains plenty of dark images. The album’s 40 minutes pass quickly; even the first time I listened, the songs revealed layers of detail that made me want to play it again.

With its occasional vocal processing and electronic drum tracks, Colors is a very modern recording, with just enough compression to make things pop. But not all the vocals are doctored, and not all the drums are fake. Beck and Kurstin use those effects to put the songs across, and perhaps to make them more radio friendly. Colors may not be Beck’s best or most profound album, but it sure is a lot of fun.