I first heard of English jazz musician Django Bates when he was a member of Bill Bruford’s Earthworks, in which he played keyboards, English horn, and trumpet. Bates was with Earthworks from 1986 until 1993, but during that period also made recordings with the British big band Loose Tubes and as leader of Human Chain. His extensive discography since then includes appearances on ECM as a sideman; The Study of Touch is his first recording for the label as a leader.

The Study of Touch is the third release from Django Bates’ Belovèd, the trio he established in 2005 with double bassist Petter Eldh and drummer Peter Bruun at Copenhagen’s Rhythmic Music Academy, where all three teach. They revisit “Sadness All the Way Down,” which appeared on their last album, Confirmation (2012). Bates plays a descending melody from the piano’s high to low notes as the other two help establish the mood.

In fact, Bates has recorded all but one of his nine originals here before, sometimes with this trio. Belovèd recorded “Giorgiantics” on Confirmation; this new version sounds slightly more impressionistic, less percussive. Bates plays flowing, emotionally involving melodies, Eldh keeping the piece rhythmically focused while providing melodic counterpoint. The music goes through several variations, Eldh and Bruun responding to each shift by adding strength and color.

The gorgeous ballad “Little Petherick” begins with a relaxed statement of the song’s themes. Eldh and Bruun give Bates space to let the music develop, Bruun adding light cymbal splashes and accents on brushed snare, Eldh weaving around Bates’s melodies. The tightly structured “Senza Bitterness” illustrates Bates’s sure touch and easy way with melody, and how intuitively Eldh and Bruun catch the sudden, almost imperceptible shifts in the music. 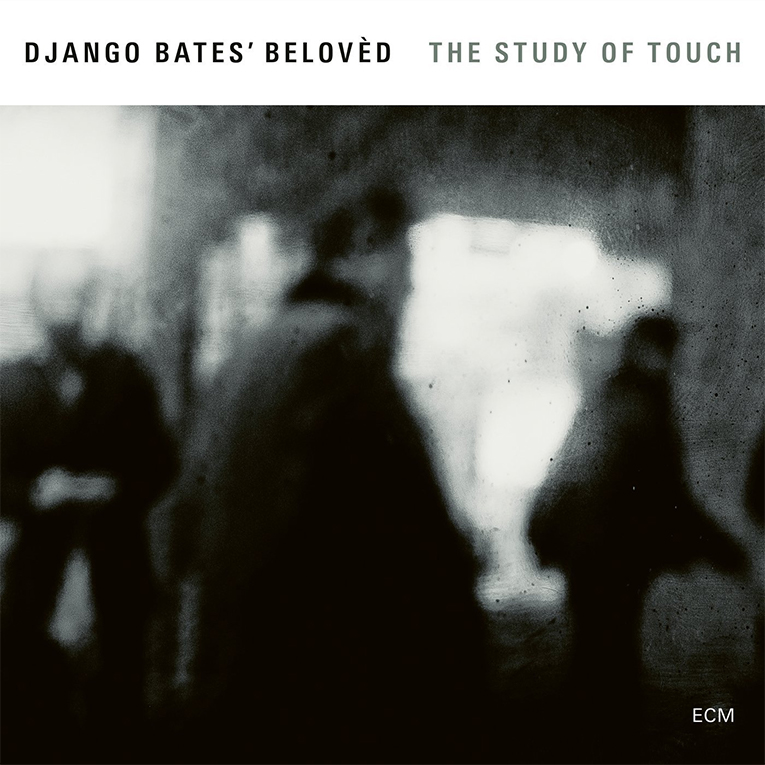 Much of Bates’s writing here is impressionistic, with quick changes in mood to which Eldh and Bruun add their own ideas and emphasis. Bruun stays on top of the changes in rhythm in “We Are Not Lost, We Are Simply Finding Our Way,” while feeling free to add witty cymbal taps and other touches as Bates fills the song with abrupt, quick-stop rhythms. This trio has played together long enough that the various sections of this composition come together seamlessly.

Bates wrote “Slippage Street,” the sole new composition, to “counterbalance the beauty of The Study of Touch.” It has an occasional edge but is still accessible and melody centered, with a bold, rollicking feel that sets it apart from the other tracks. Bates writes with a wit and playfulness that make his music fun to listen to even at its most challenging.

In Charlie Parker’s “Passport” Bates pays tribute to one of his primary influences, while “Peonies as Promised” contains hints of Bill Evans. Bates’s influences are varied -- it’s easy to also hear in his music elements of funk and rock. His talent lies in effortlessly blending these disparate strains. He gives Eldh and Bruun room to help bring his songs to life, and the enjoyment of listening to this album comes from hearing the three interact and let their ideas flow as they build on these challenging compositions.

Jan Erik Kongshaug engineered The Study of Touch at Rainbow Studios, in Oslo, and the recording beautifully captures the nuances of the instruments’ sounds. The piano is expansive, its notes sustaining with a hint of realistic reverb. I could hear Eldh’s attacks on the strings and the resonance of his double bass, and Bruun’s subtle cymbal work came through with striking clarity. With luck, Django Bates’ Belovèd will not take another five years to enter a recording studio.