Sunshine Rock is Bob Mould’s 13th solo album, and the fourth since 2012 that he’s made with bassist Jason Narducy and drummer Jon Wurster. Mould’s last two releases, Beauty & Ruin (2014) and Patch the Sky (2016), were emotionally powerful albums that documented his reactions to his parents’ deaths. Sunshine Rock is as personal, but it embraces life’s occasional joys as well as its complexities, and the slashing guitars that run through most of it make it exhilarating.

Sunshine Rock begins with the title track, which itself begins with a blast of overdriven major chords, Mould in strong, happy voice, and Wurster and Narducy backing him solidly. The song’s sparkling exterior sings of the longing for love, even when it’s elusive and difficult. Mould marries his signature sound, with its wall of guitars and buried vocals, to a string arrangement that gives “Sunshine Rock” a grand, sweeping romanticism.

Much of Sunshine Rock is upbeat, but Mould hasn’t turned sentimental. These songs are realistic in their balances of hope and disappointment, and Mould has a poet’s ear for the right phrase to put an idea across. “Sunny Love Song” describes his move to Germany in 2015: “To Berlin, so filled with melancholia / Winter came and paralyzed me / thrown like gravel over ice.” A few lines later, however, Mould sings, “But when the magic comes / the clouds get blown away.” He addresses his own shortcomings as a lover in “Thirty Dozen Roses,” but in “What Do You Want Me to Do” he’s just as tough on a lover who’s scorned him. Mould’s words are poetic and emotionally complex, even in the joyous “Camp Sunshine,” which celebrates his love of music: “The days I get to spend making music with my friends / are always the most important to me.” 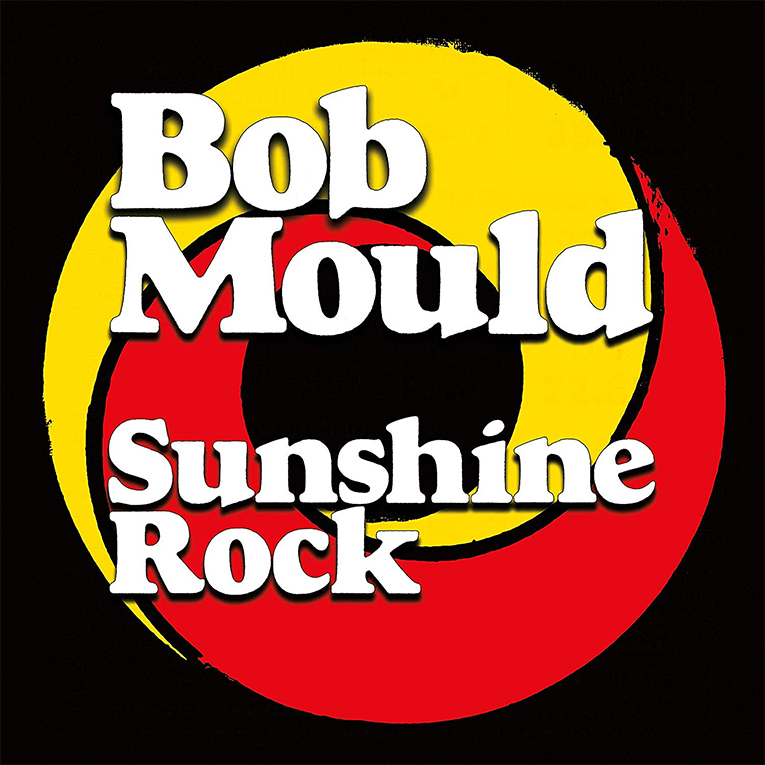 Mould has always put the essentials of punk rock -- speed, volume, distortion -- in the service of strong melodies and surprising chord changes. “Sunny Love Song” is a terrifically bouncy pop tune with an ear-friendly melody and great guitar riffs that are elegant and cutting. Sunshine Rock moves along on the energy of fast, distorted guitars, but provides some balance by quieting down in “Camp Sunshine” and “The Final Years,” the latter featuring a beguiling keyboard line, an effective string arrangement, and Mould’s heartfelt vocal.

Mould, Narducy, and Wurster have played long enough together to have developed into a powerful trio. Wurster’s muscular drumming anchors “The Final Years,” and keeps it from sounding too soft at the edges. Narducy’s melodic bass playing still hits hard enough to provide a foil to Mould’s knife-edged guitar, and his harmony vocals on several tunes are welcome additions. And throughout, Mould plays pointed, well-developed solos that enhance these songs and give them a kick.

Mould’s dense guitar attacks respond well to some compression, and Sunshine Rock is sonically aggressive. That feels right for this music. Bob Mould has remained true to the rush of exhilaration that punk provides, but he’s also allowed it to grow up. Sunshine Rock invites you to get up and dance; it also makes you think. In “Western Sunset,” Mould sings, “Music floats in the sky / then it disappears (I don’t know how).” It’s a magical line. This album often casts such spells.