If your father is an acclaimed and skilled musician like, say, Bob Dylan or even Steve Earle, it’s a given that your life will be a bit extraordinary, and you might discover some innate musical talents of your own. That’s true, at least, for Jakob Dylan and Justin Townes Earle.

Alternately, let’s imagine that you have a more average upbringing, but at a ripe young age you discover that you’re a whiz at the mandolin. You form a band with some other kids who can really play, and in short order you find yourselves with a platinum and gold album, a Grammy, and the respect of the most honored musicians in the biz. Might your Midas touch not extend to adulthood as you put the past on pause in pursuit of solo ventures? Well, this much is true for former Nickel Creek band member, Chris Thile, who has just released another knock-out album with his group, Punch Brothers.

Whether attributed to prodigy or progeny, fueled by inborn desire or eternal fire, these sons and "brothers" are each, in their own way, at the top of their game and releasing new material that’s making its own indelible mark. 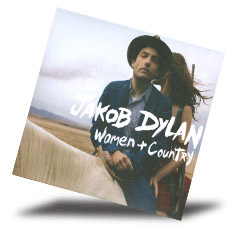 First off, let it be said that neither Dylan nor Earle were silver-spoon fed, and neither has received unearned praise for his efforts. The music clearly speaks for itself. Most will remember Jakob Dylan more for his fronting the ’90s rock band the Wallflowers than for his association with his father. In recent years, however, he’s carved an independent path, and in April he released his second solo album, Women and Country (256kbps MP3, Columbia/Amazon.com), which is stylistically and lyrically his best work to date. Produced by T Bone Burnett, the album features guitarist Marc Ribot, fiddler/mandolin player David Mansfield, and Neko Case and Kelly Hogan, who sing backup vocals on most tracks. For the album opener, "Nothing But the Whole Wide World," Dylan delivers his vocals without flair, near-spoken like a cowboy poet (even Case and Hogan, who can both wail, hold back and harmonize delicately), and despite the sparse vocals and accompaniment, the tune stands out as one of the best on the album. In fact, throughout the disc this minimalist style is righteously suited for the album’s recession/depression-era themes of hard work, hard times, and perseverance in spite of it all. Other standout tracks include "Lend a Hand" (very Tom Waits-ish) and the ghostly, echoing "We Don’t Live Here Anymore." 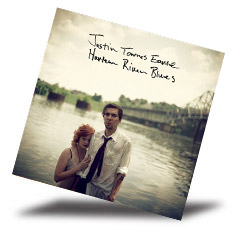 Young in years but aged in experience, Justin Townes Earle is quickly becoming an old pro, with his third album, Harlem River Blues (CD, BS 178) set to release September 14 on the Bloodshot Records label. The album is a much-anticipated follow-up to his critically acclaimed 2009 release, Midnight at the Movies. Earle’s nuanced lyrics can be delivered with a drifter’s southern drawl or flecked with breathless emotion; his gift for songwriting is clearly a skill inherited from his father, though it more closely emulates the likes of Hank Williams or his namesake, Townes Van Zandt. The hand-clapping, foot-tapping title track and opener kicks things off with a gospel choir chorus (which makes quite an entrance), and though the feeling rings of rebirth, the fine print reads of resignation. This is the Harlem River Blues, not baptism, after all. "Workin’ for the MTA" reworks the classic train song for modern times ("Daddy was a railroad man, but this ain’t my daddy’s train -- it’s cold in them tunnels today, mamma, workin’ for the MTA"). Co-produced by Earle and Skylar Wilson, the album features a supporting cast that includes Brian Owings on drums, Paul Niehaus (Calexico) on pedal steel guitar, Bryn Davies on upright bass, and Ketch Secor (Old Crow Medicine Show) on harmonica. This one’s got the current top spot on my Best of 2010 list. 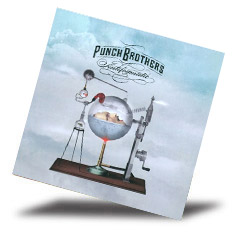 Finally, Punch Brothers’ latest, Antifogmatic (256kbps MP3, Nonesuch/Amazon.com), is a conundrum of genre gene-splicing. These guys aren’t gonna be pinned down any more than you can catch lightening in a bottle. Their quirky, catchy music will have you scratching your head at first, but you’ll soon be nodding along in absolute awe. Chris Thile, on mandolin and vocals, is joined by Gabe Witcher on fiddle, Chris Eldridge on guitar, Noam Pikelny on banjo, and Paul Kowert on upright bass. Based on instrumentation alone, you’d expect bluegrass, but what you hear is that and much more: theatrical, classical, orchestral, barbershop, roots, and detours everywhere from there. Imagination is an instrument in and of itself for this band, whose epic lyrics and weaving, wandering suites take the willing listener to fantasy realms beyond any place you can get to with your feet firmly planted on the ground. So start dancing! Begin with "Rye Whiskey," "Missy," and "This Is the Song (Good Luck)" to get a feel for the kind of tricks Punch Brothers bring to the their performance ring. Don’t try too hard to figure out their secret or catch their sleight of hand. Just enjoy the Antifog-magic. By the way, the "Deluxe" MP3 download of this album contains an additional five-song instrumental EP called All of This Is True.

I’m a lover of these sons and brothers!