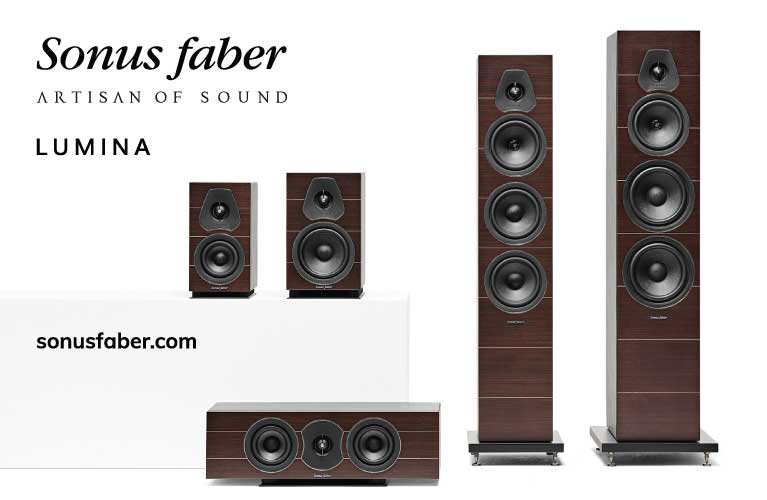 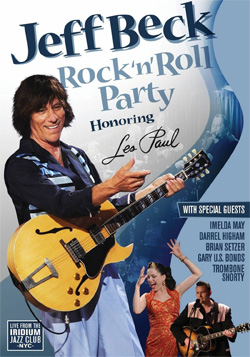 Jeff Beck is eight tunes into his Les Paul tribute set at the Iridium Jazz Club in New York for this DVD before he and singer Imelda May kick into "How High the Moon," which Les Paul and Mary Ford took to the top of the charts in 1951. May, who performed the tune with Beck during last year’s Grammy Awards, sings lead over her own multi-tracked backing vocals, and Beck gets Paul’s slap-back reverb, echo, and quick flurries of melody down solid on a gorgeous red sunburst Les Paul Standard, one of many guitars he picks up during the performance.

Beck covers a lot of musical territory with his guitar collection on Rock’n’Roll Party Honoring Les Paul, including a couple of the Gene Vincent tunes that introduced him to one of his heroes, Cliff Gallup. He also turns in an impressive version of Johnny Burnette’s arrangement of "Train Kept a Rollin’," which Beck covered in a much different, harder-rocking version with the Yardbirds in 1965. The emphasis for this show, filmed last June, is on Beck’s roots rather than the hard rock and jazz fusion that he’s known for.

Beck lets his whammy-bar brilliance shine on "Peter Gunn" and "Walkin’ in the Sand," but those outings only serve to show how Beck, forward thinking as he is, is solidly rooted in the blues, jazz, and rock that inspired him. As he points out in a bonus-feature interview, many of the rock guitarists he loved used techniques they learned from Les Paul, so it’s not a stretch to hear the connection between Paul’s multi-tracked, flashy guitar and the playing of someone like Cliff Gallup or Beck.

May and Beck turn in a beautiful performance of "Cry Me a River," based on Julie London’s 1955 hit recording, with Beck playing the role jazz great Barney Kessel did on the original. Beck’s versatility and command of the fretboard are on full display throughout the nearly 1.5 hours of the DVD, and May’s band responds well to the many styles of music. The band’s rhythm guitarist, Darrel Higham, is a solid player who sings on seven of the tunes, and the rest of the rhythm section, especially drummer Stephen Rushton, plays with precision and energy. A four-piece horn section joins in for a number of tunes, and Leo Green’s sax solos are masterpieces of rock'n'roll fire.

The audience at the Iridium included some well known musicians, and some of them join Beck onstage. Gary U.S. Bonds, in good voice, sings his hit "New Orleans," and Brian Setzer trades riffs with Beck on "Twenty Fight Rock" and "Shake, Rattle & Roll." Trombone Shorty tears it up on "Peter Gunn," where Beck trots out some of his more current guitar effects.

Rock’n’Roll Party Honoring Les Paul is very nicely shot, with plenty of close ups of Beck for guitarists who want to learn from a master. The sound is in Dolby Stereo, Dolby Digital 5.1, and DTS 5.1. I found the delay on vocals to be less noticeable in stereo, but the DTS surround track is well balanced overall. Bonuses include a 1980s meeting between Beck and Paul, a tour of Beck’s guitar collection (which also appears to have been recorded in the '80s), and behind-the-scenes footage. The concert is also available on Blu-ray, where the best sound choice is the incredibly clean 5.1-channel DTS-HD Master Audio, and a CD version is available on Atco Records.