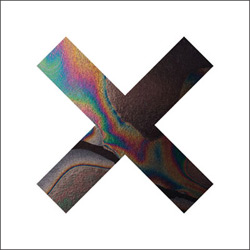 Preferring to download singles in lieu of full albums, the digital generation’s greatest shortcoming may be its lack of patience, a characteristic born of the instantaneous gratification afforded by broadband Internet. This has led to a great deal of popular modern music being terrible: abject garbage that relies on a tried-and-true formula of Pro Tools software, a particular BPM tool, and a catchy harmony. And the word lyrics hardly seems an appropriate description for much of the verbal drivel that blasts from pop and hip-hop radio stations.

The xx’s three twentysomethings from London are refreshing in this regard: There was no saccharine or overprocessed character in their eponymous 2009 debut album. Despite earning sweeping praise for that effort, the group has not turned mainstream with the follow-up, Coexist. Even more musically spare than xx, the new album is less playful, and more consistent in delivery. Whereas xx comprised a collection of discrete (and excellent) tunes perhaps befitting a self-produced album, Coexist is very much a single narrative in 11 tracks, a meditation on sorrow as surprisingly ruminative as it is mature.

The singing of the cooing Romy Madley Croft and the measured Oliver Sim is not the angst-ridden stuff normally accompanying young heartbreak, which is the focus of most of these songs’ lyrics. Indeed, while the words themselves are not particularly inspired, their delivery is compelling. The modest musical accompaniment of electric guitars and synthesizers is reminiscent of Explosions in the Sky and Sigur Rós, with background themes propelling without ever overshadowing the often tandem vocals. This balance is what makes the untraditional production so compelling. The toe-tapping rhythms of "Chained," "Fiction," and "Sunset" are every bit as engaging as more conventional alternative or indie-rock songs, but their simplicity allows the contours of the well-recorded voices to be heard without difficulty. Croft and Sim are richly rendered, and don’t sound as if they’ve been run through a digital filter.

Sandwiching those three tracks (and two others) are the opener, "Angels," and "Missing," which counterbalance each another: "Angels" is light on its feet, effortless and ethereal, recounting a romantic relationship at its most content, while "Missing" captures the starkness of loneliness and loss. The finale, "Our Song," brings closure to this somewhat somber 37-minute affair, offering ellipses both lyrical ("You just walk through . . .") and musical: the song’s final 30 seconds record an open microphone collecting transient noise, punctuated by ten seconds of silence.

The recording is a sonic pleasure. Croft’s and Sim’s closely miked voices take center stage, with plenty of texture on tap. The sparse arrangements serve only to further emphasize the voices. Coexist’s inviting ambience is one of its defining features, and rewards turning up the volume -- the enormous soundscapes are clear as day, and a pleasure to explore. The production quality is superb.

Some reviewers have been somewhat less than impressed with Coexist, perhaps because it’s less an evolution of the xx’s sound than a more focused and attuned version of it. A full appreciation of the precocious trio’s musical talent and vision warrants several listens. This will give the patient listener time to fully explore the English production, as well as the studio space in which it was recorded. The xx having honed their craft this second time around; one can only hope they will tread new ground going forward.