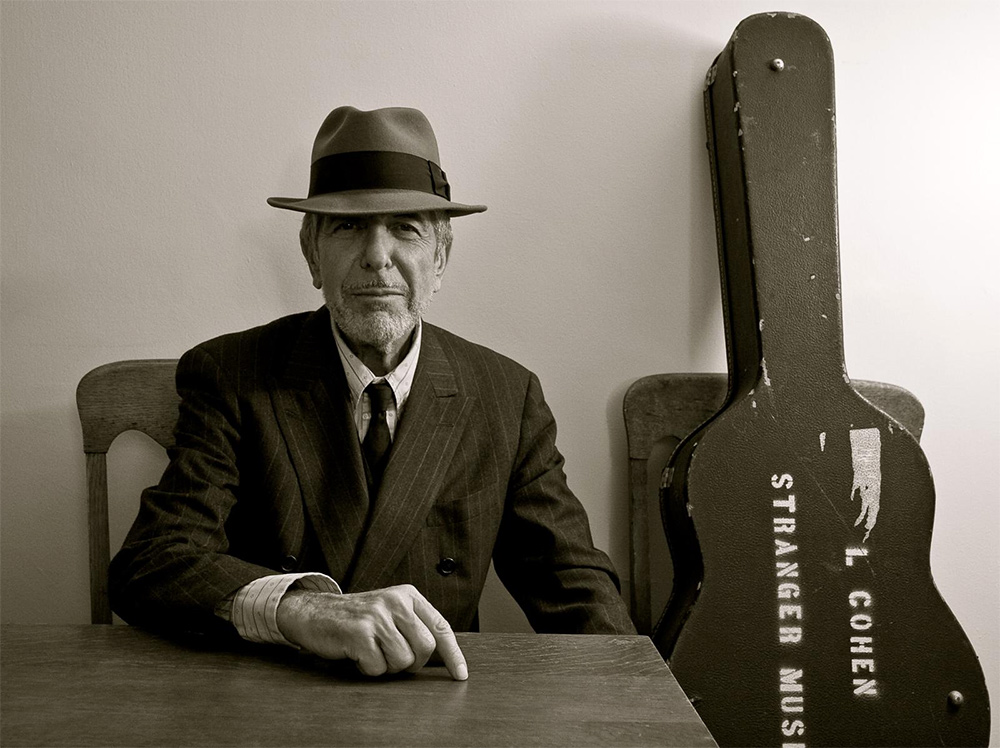 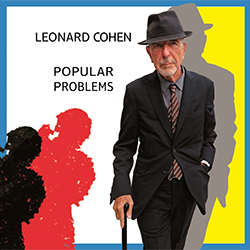 Popular Problems is Leonard Cohen’s 13th studio album, and in many ways is reminiscent of its predecessor, Old Ideas (2012).The accompaniment is somewhat relaxed, the lyrics are those of a man nearing the end of his journey, and they’re delivered in the same dry combination of singing and recitation. The backing singers, women with young and vibrant voices, again add notes of humor and sexiness to the arrangements. Yet Popular Problems doesn’t feel like a repeat of Old Ideas. A more pronounced blues strain runs through it, and Cohen never coasts or falls back on, well, old ideas.

Producer Patrick Leonard does most of the playing on Popular Problems, and co-wrote seven of the nine tunes. He plays the simple bass line that throbs through “Almost Like the Blues,” as Cohen describes a world of hurt and suffering, speaking for all of us: “I couldn’t meet their glances / I was staring at my shoes / It was acid, it was tragic / It was almost like the blues.” Cohen sprinkles in a bit of humor along the way -- “There’s torture and there’s killing / There’s all my bad reviews” -- and gives us a glimmer of hope in the closing lines: “But I’ve had an invitation / That a sinner can’t refuse / And it’s almost like salvation / It’s almost like the blues.”

Cohen has seen a lot in his 80 years, and his lyrics carry the authority and conviction of a long life of observation and writing. “A Street,” a setting of a poem Cohen published in The New Yorker in 2009, is filled with deep, cutting images of the devastation that occurs when love sours. “Samson in New Orleans” vividly evokes the city post-Katrina, and the narrator of “Nevermind” describes the horrors of a war he fought, including the loss of his family. Cohen doesn’t oversimplify. “Nevermind” is at times brutal (“This was your heart / This swarm of flies”), but it also conveys the confusion of living in -- and sometimes participating in -- a world of terrorism and moral confusion: “There’s truth that lives / And truth that dies / I don’t know which / So never mind.”

All in Popular Problems is not darkness, though. “Born in Chains” charts humanity’s, and Cohen’s, spiritual quest, and gives voice to many beliefs without condescending to or sentimentalizing them. “You Got Me Singing” suggests that the singer is hopeful that he still has time left to write and create, and will use the time well despite life’s complexity. The album’s single dud, “Did I Ever Love You,” alternates between a Tom Waits-like growl by Cohen on some lines and a bouncy response from the female singers. The lyrics are strong, but Patrick Leonard has botched the arrangement.

Otherwise, Leonard’s production is first rate. Jesse E. String’s recording, which he mixed with help from Bill Bottrell, is clean and open, with solidly presented instrumental detail and good bass extension that doesn’t overpower. Cohen’s voice is focused and centered, the backing voices cradling his.

Popular Problems is a good record that falls just short of the greatness of Old Ideas. I don’t know how many more records Leonard Cohen will make, but he’s wise and literate, and he’s humane. We should enjoy his music for as long as he wants to continue to make it.